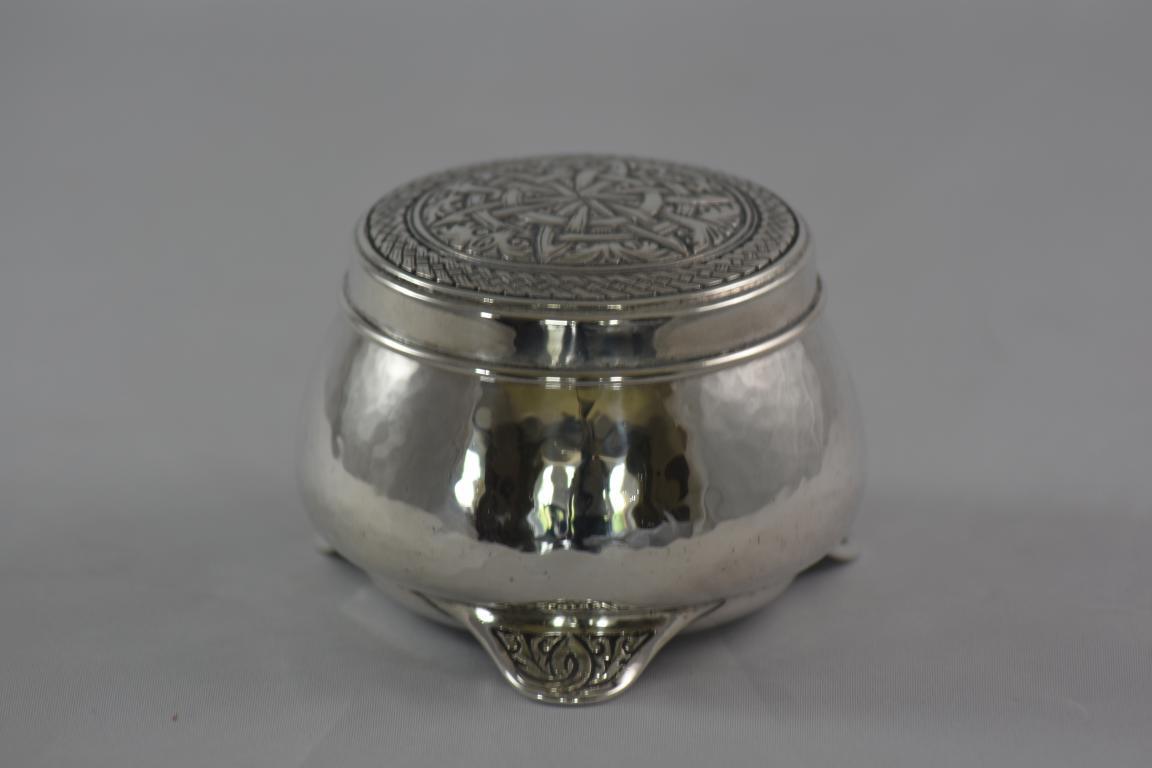 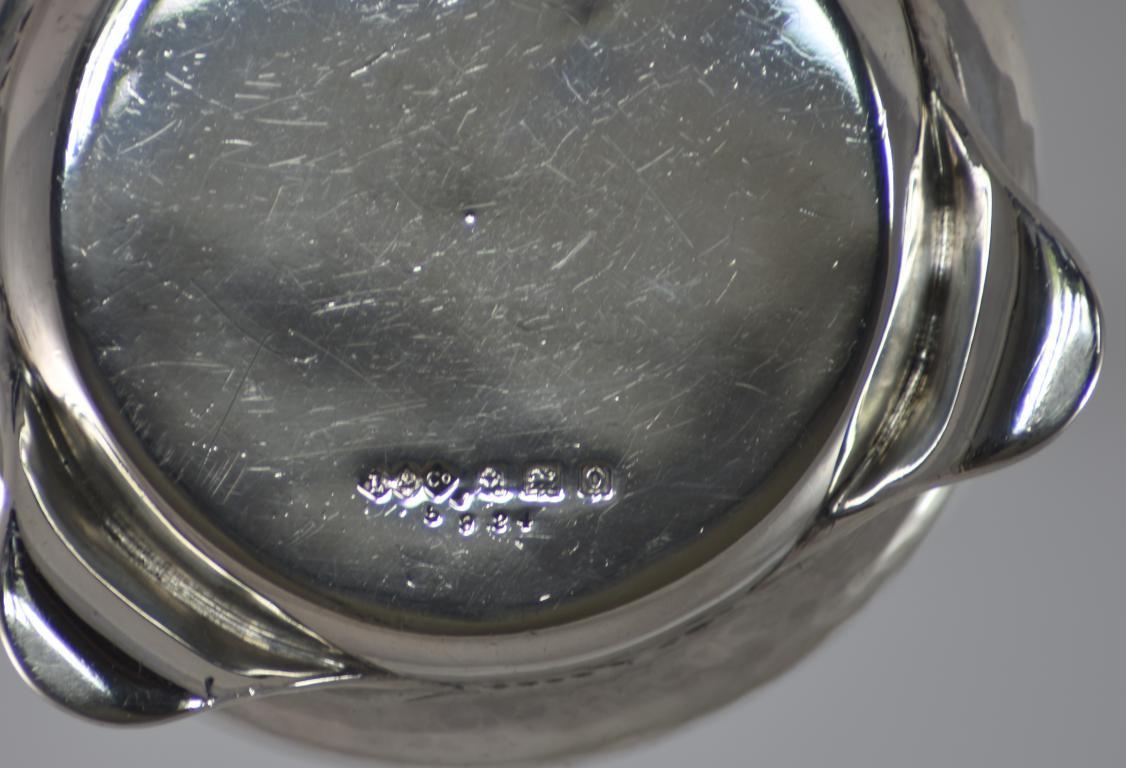 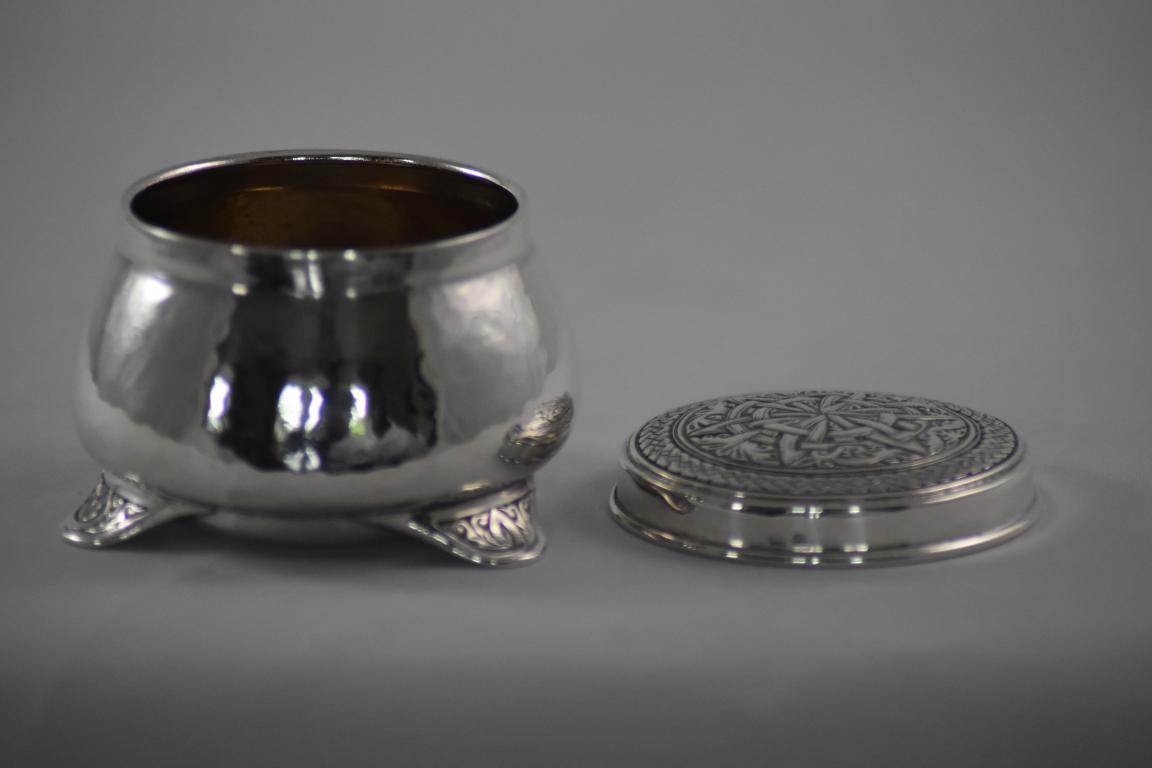 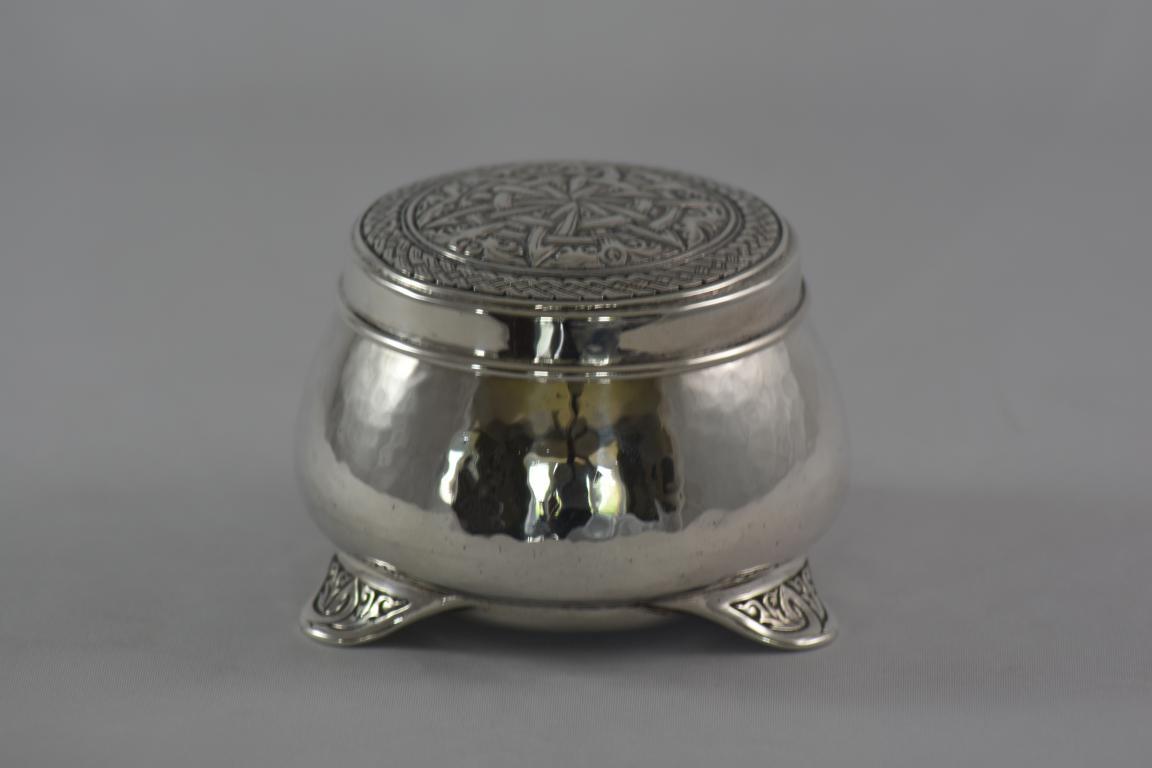 A beautiful silver lidded pot designed by Bernard Cuzner for Liberty and Co. The Silver and silver gilt pot is of cauldron form with a planished finish and the lid and 3 feet are finely decorated with a celtic revival decoration.

The design by Bernard Cuzner is number 5924. Hallmarked Liberty and Co Birmingham 1913

Bernard Lionel Cuzner (1877 –1956) was an English silversmith and designer. Cuzner was born in Alcester in Warwickshire and initially trained as a watchmaker, before showing talent as a silversmith while taking evening classes in Redditch at the Redditch School of Art.

He moved to Birmingham to train at the Victoria Street School of Jewellery and Silversmithing, and Birmingham School of Art where he was influenced by Robert Catterson Smith and Arthur Gaskin.

From 1900 he taught at the school and began designing for W. H. Haseler and Liberty & Co. He was head of the department of metalwork at the Birmingham School of Art from 1910 until 1942.

His work was within the Arts and Crafts style with extensive handwork. He also designed, such as for Liberty’s Cymric range of silverware and jewellery from 1899 as well as private commissions. His work can be seen in the Victoria and Albert Museum silver room 67, case 7.

Few people can claim to have been quite so influential in the history of modern design as Arthur Lasenby Liberty. From a small shop, opened in 1875 on the corner of Regent Street, Liberty was to popularise an idiom now known simply as “Liberty style”.

Originally importing exotic household goods from the east, within 25 years Liberty was commissioning work from some of the finest British Avant-garde designers and retailing in a way that made it accessible to a much larger public. 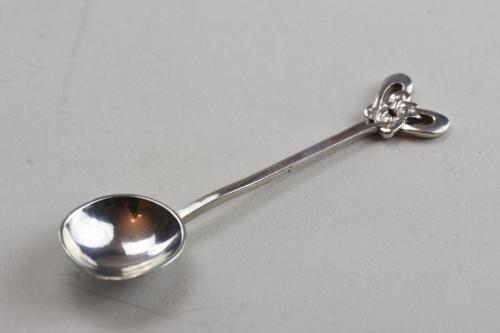 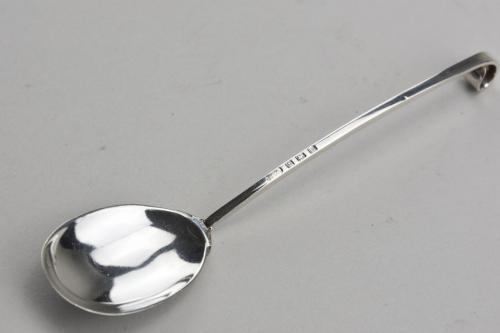 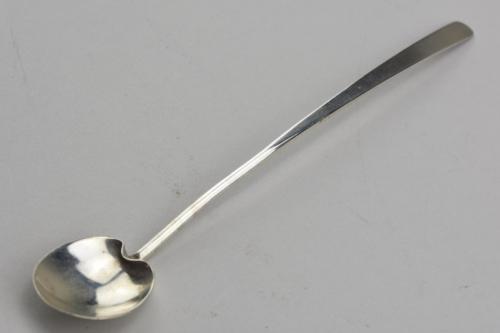