Arts and Crafts hammered silver bowl by A E Jones 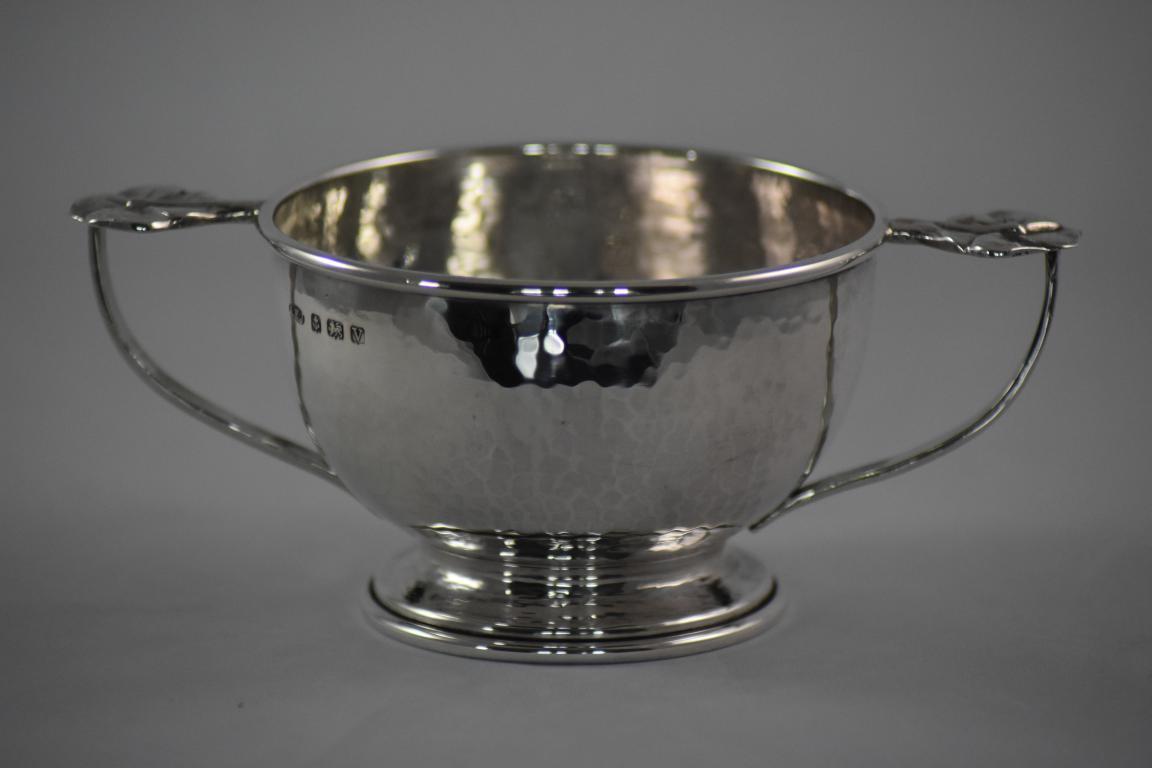 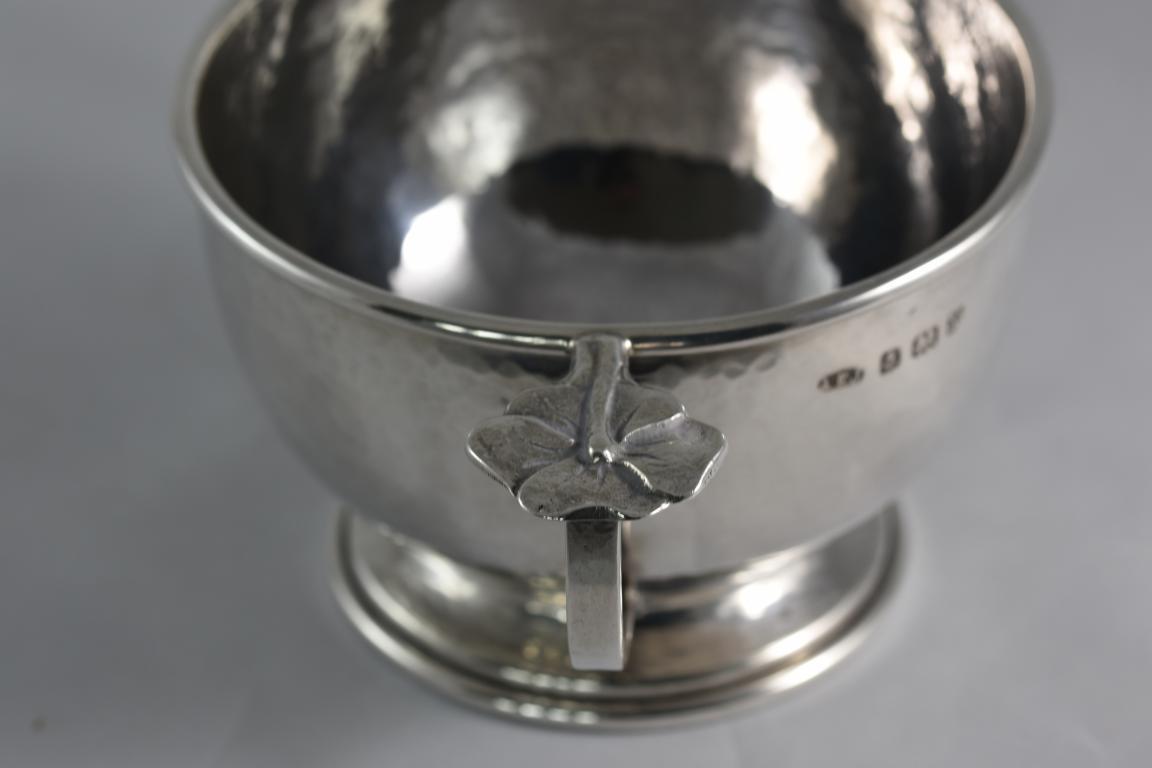 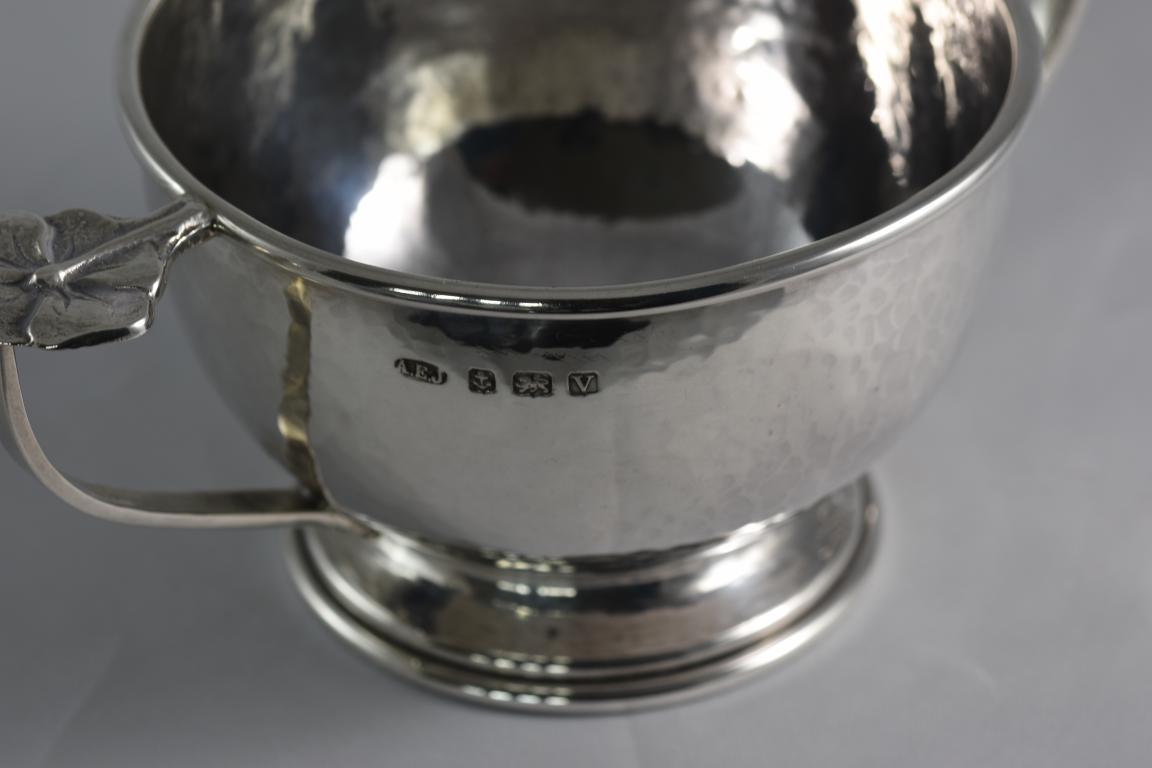 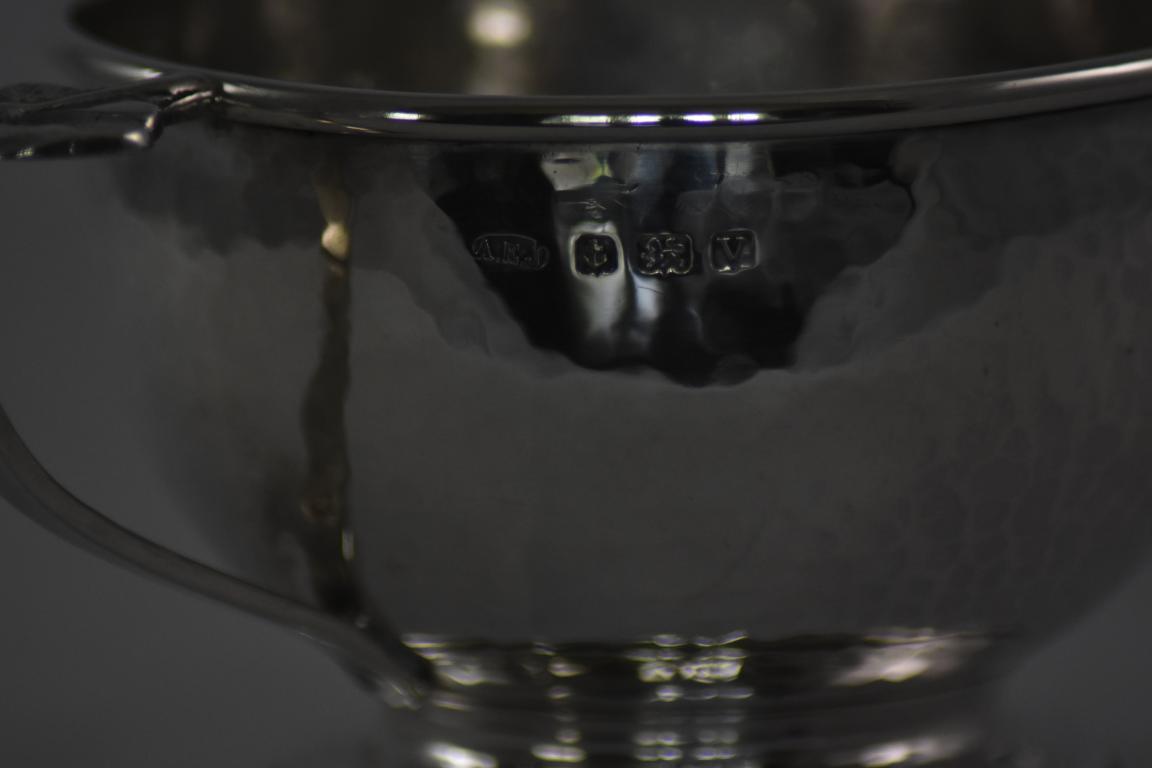 An Arts and Crafts hammered silver bowl by A E Jones. A silver 3 handled footed bowl with cast flower head thumb pieces. The handles are beautifully hand chased with a design of shamrock leaves.

Hallmarked A E Jones Birmingham 1920. An unusual and beautiful piece.

Albert Edward Jones (1870-1954) is a notable maker of silverware primarily because of his specific style of craftsmanship, which was firmly rooted in the Arts and Crafts movement.

His work is highly collectable and his style is very distinctive due to his unwavering and unique design of silverware. He studied at the Central School of Arts and Crafts, Birmingham under Edward Taylor and later worked as a Guildman at the Birmingham Guild of Handicrafts.

In 1902 he started his business in Windmill Street and in 1905 A. E. Jones & Co. acquired Jesson Birkett & Co. Ltd., and during this period Anne Grisdale Stubbs – who was a silversmith and a gold medallist at the Birmingham School of Art – contributed a great deal to the ornamentation which is evident on many of the items created within the company.

A.E. Jones died in 1954 and the firm was managed by his wife, Adeline Nellie, until 1958 when his son Kennet Crisp Jones took over the business. Later the firm purchased Townshend Ltd and Lanson Ltd.