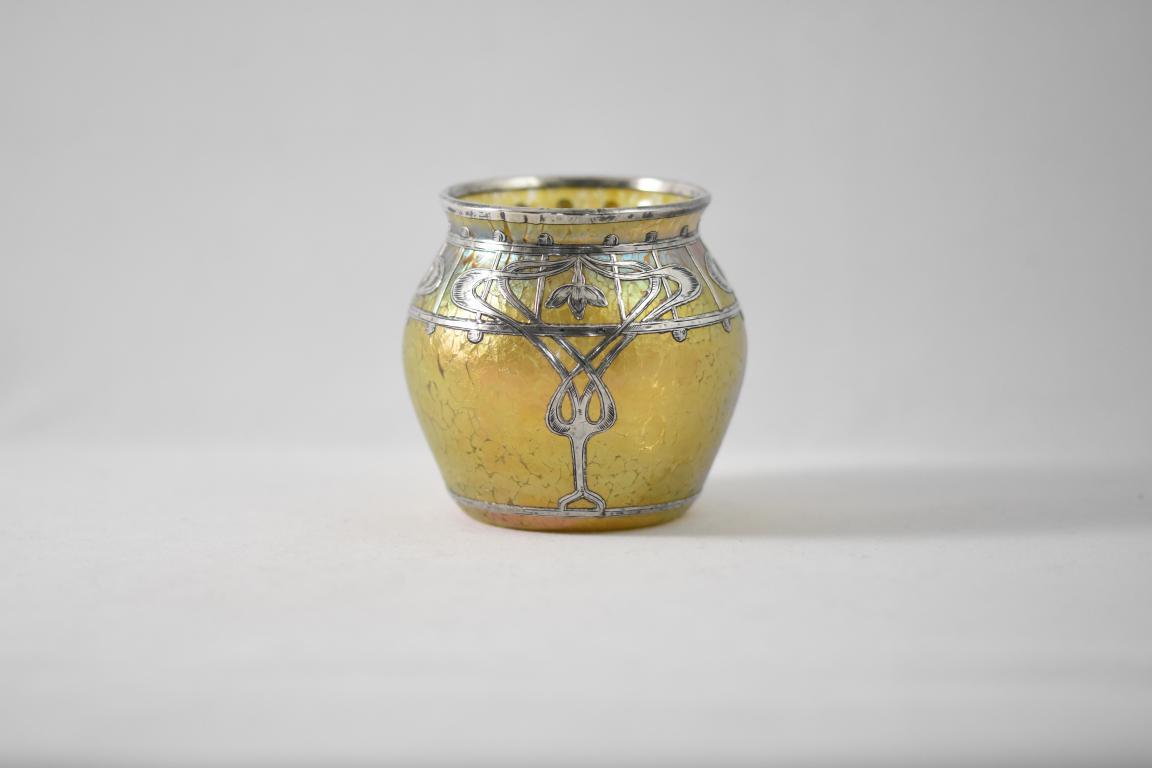 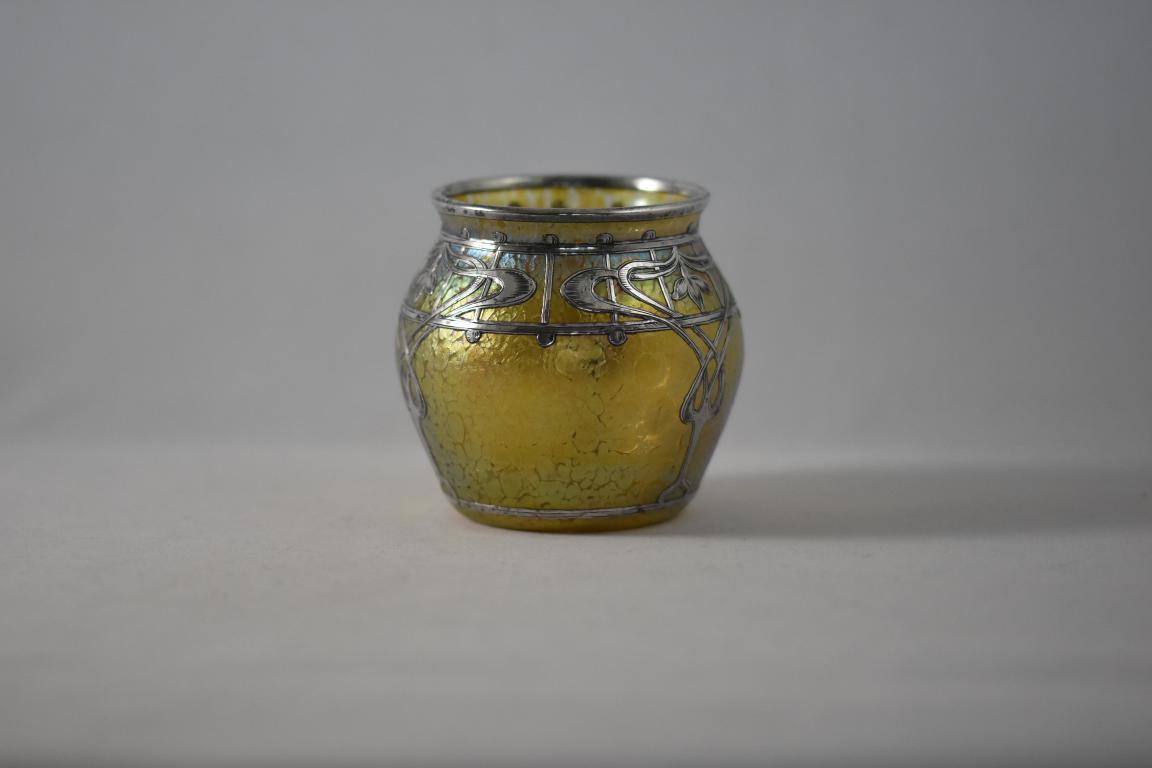 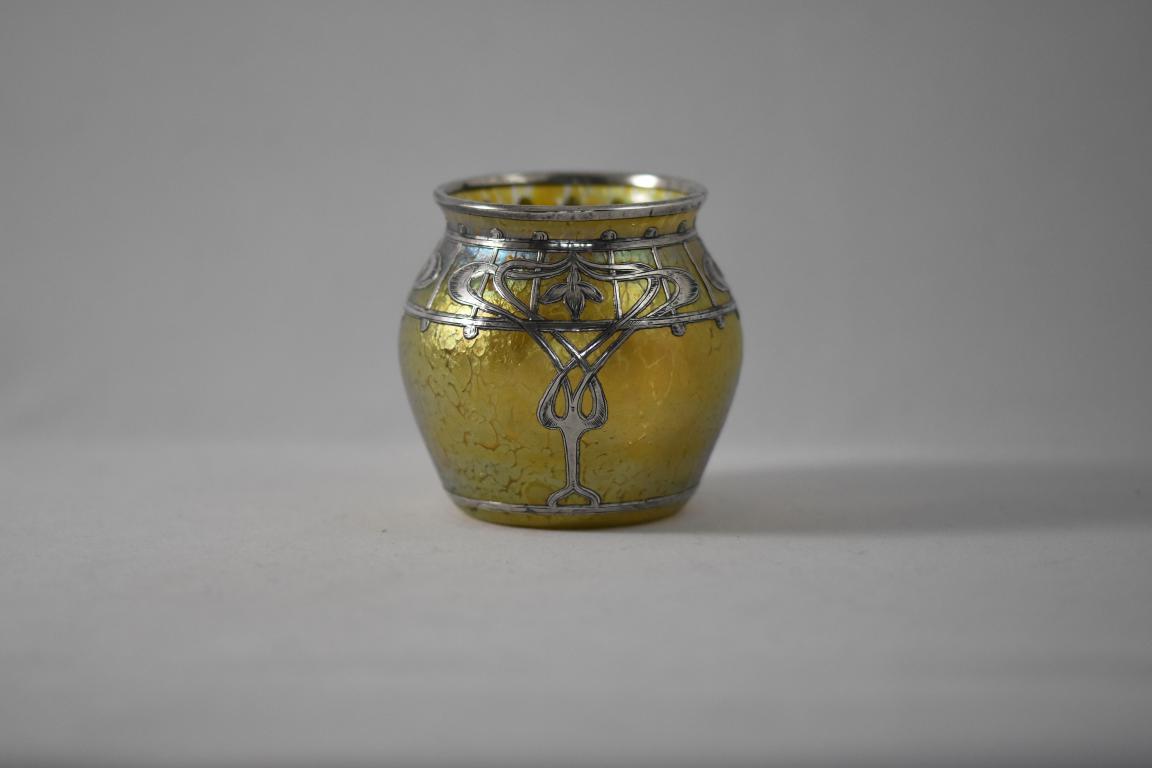 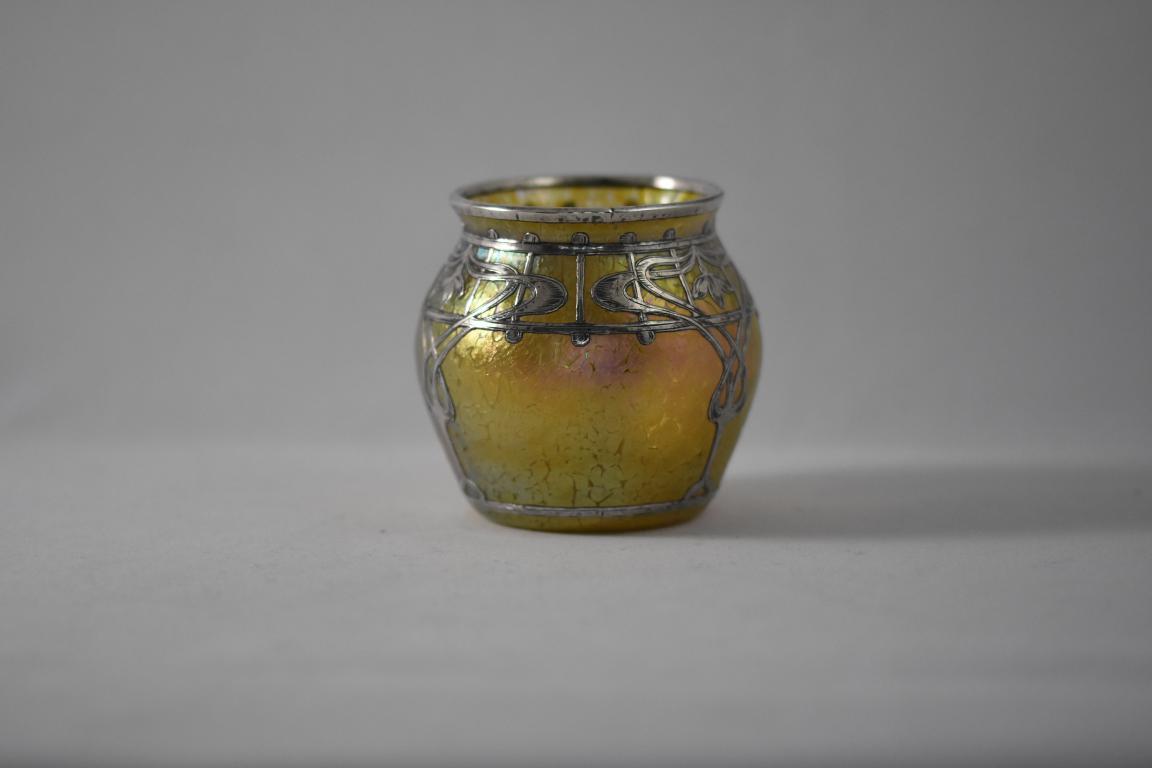 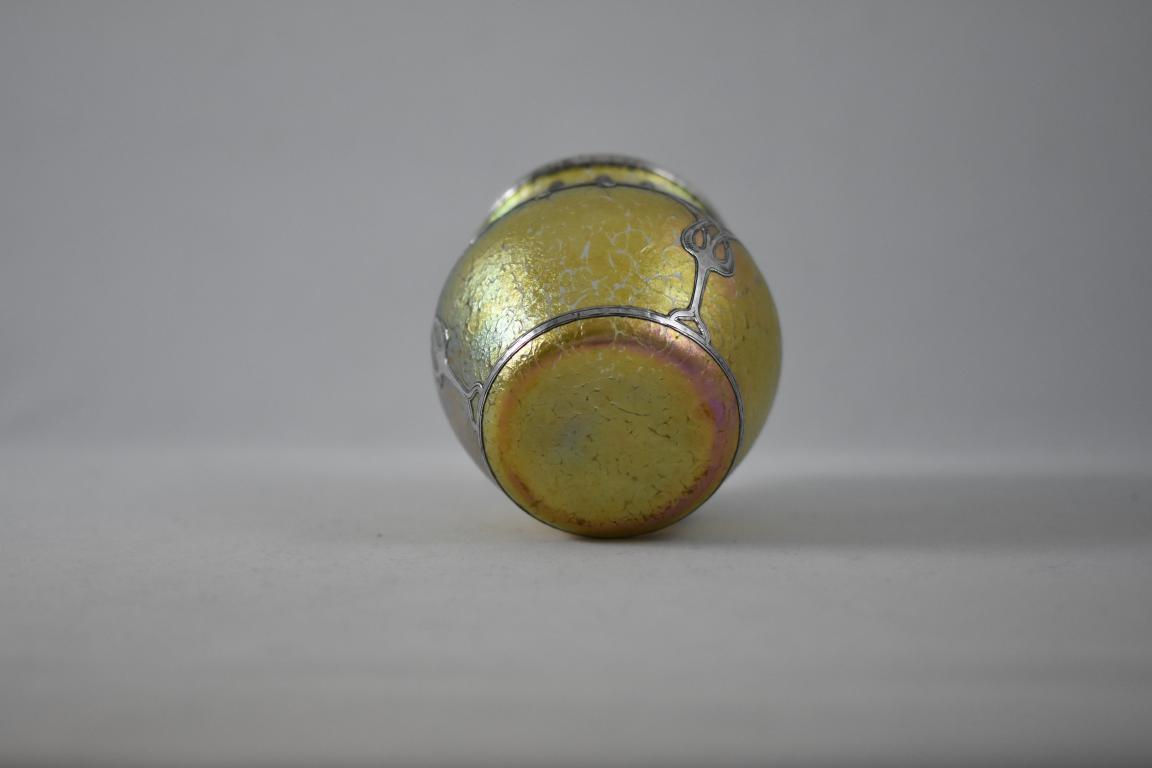 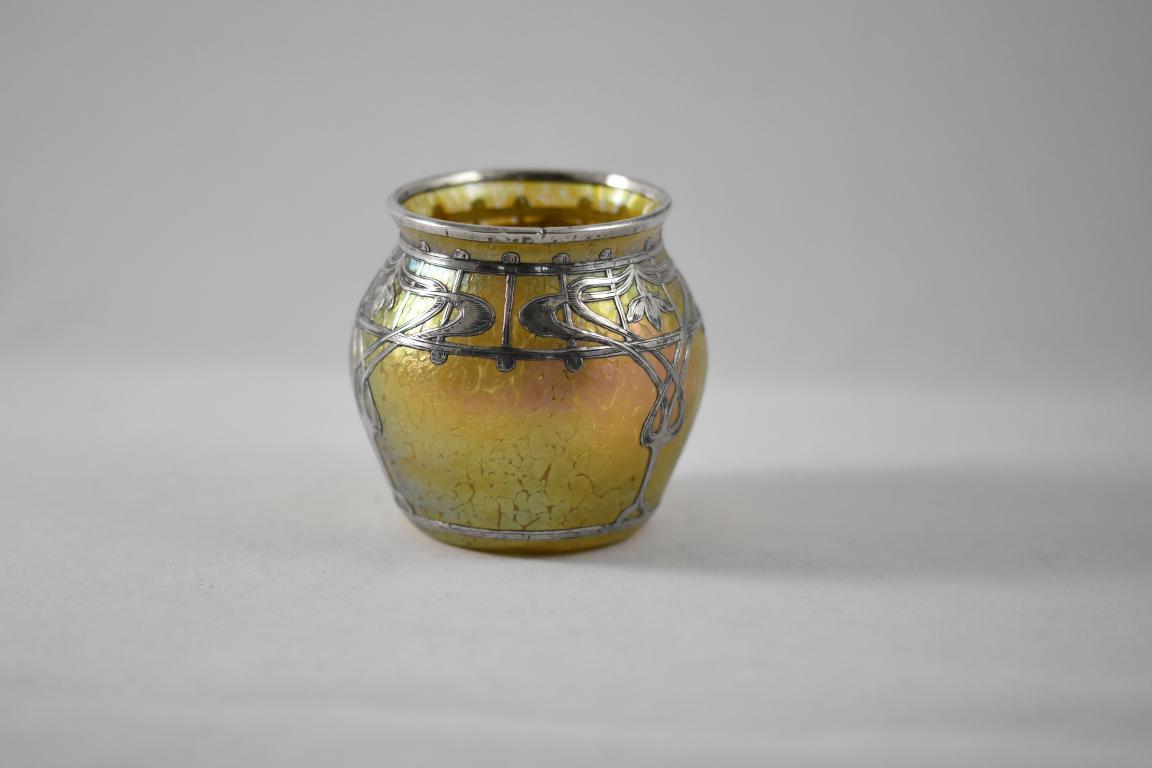 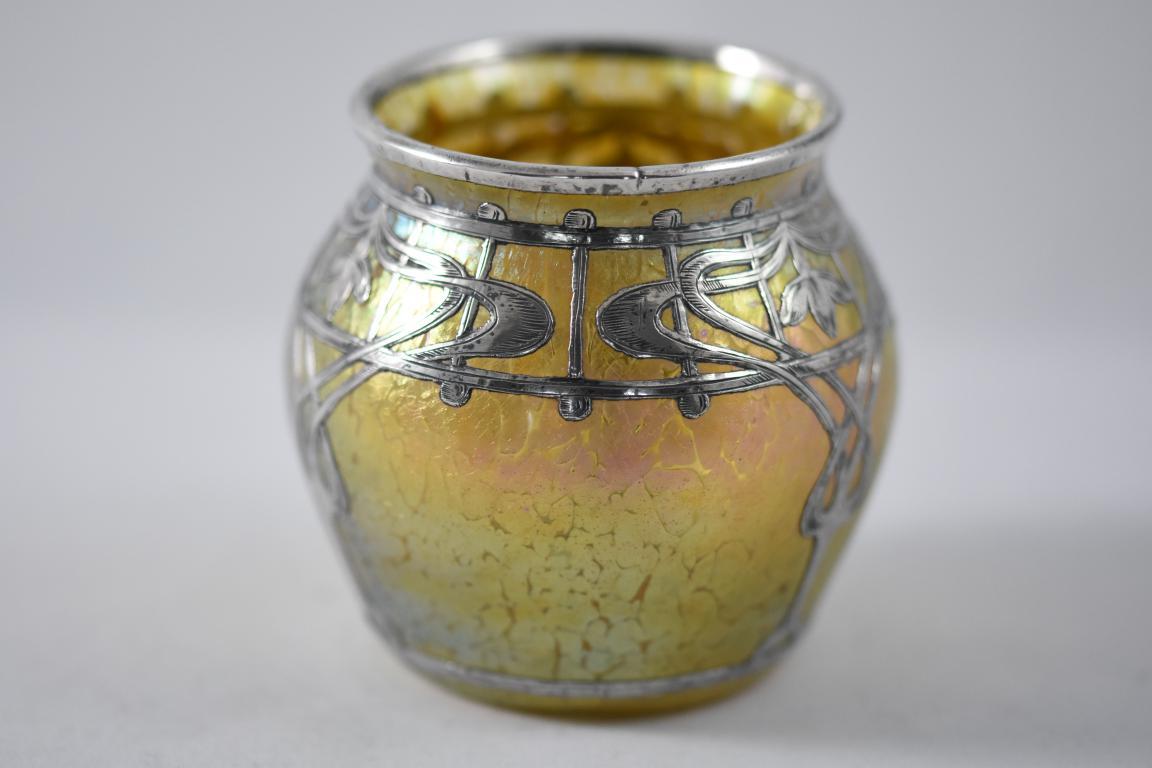 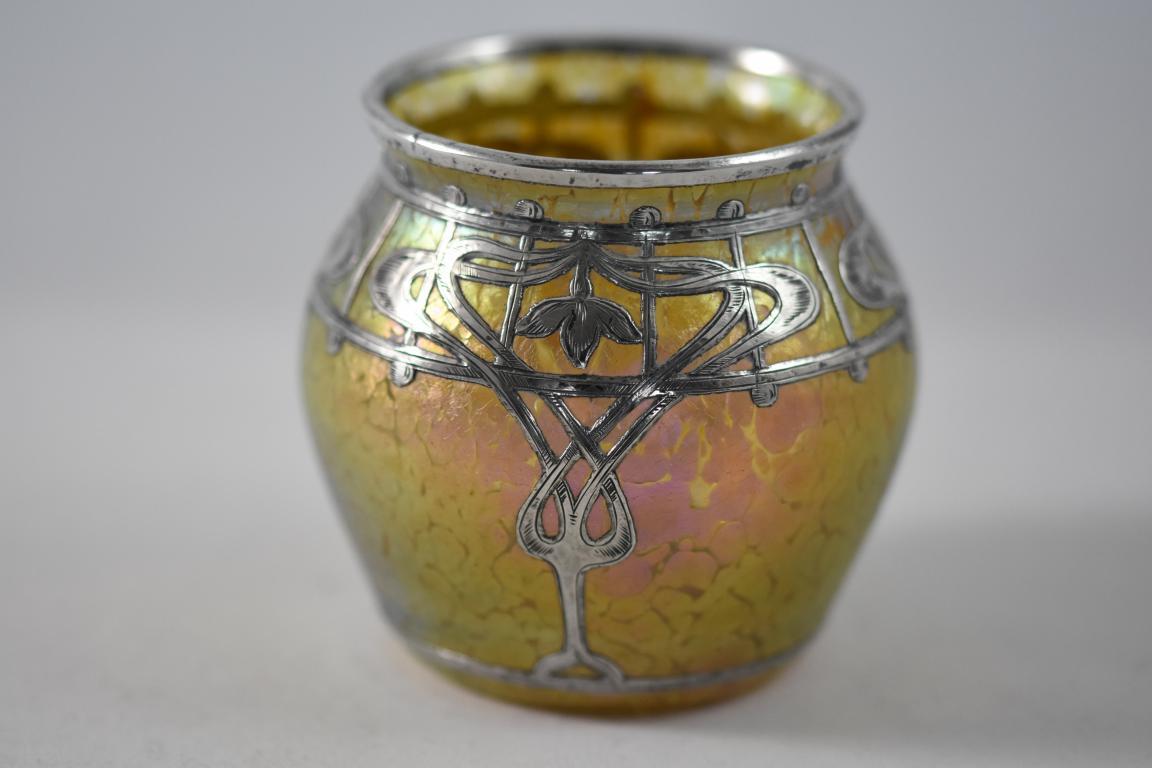 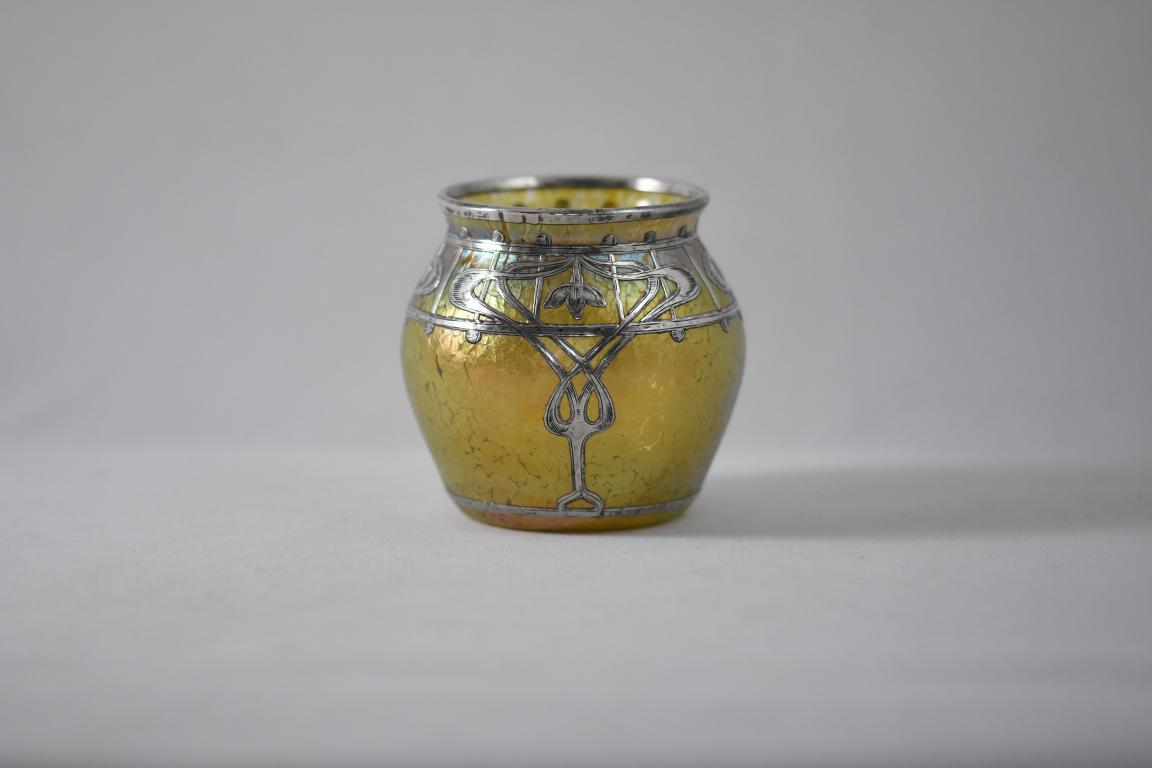 The vase is unsigned. The simple shape of the glass is complemented by the finely decorated silver. A stunning piece and a wonderful example of Art Nouveau glass. Made by the Loetz witwe glassworks in Klostermuhle about 1898.

In 1898, after several years of experimentation with variations in firing, he patented a technique to produce the deep blue or gold metallic luster for which Loetz is known.

It is still the most identifiable and most sought-after feature of Loetz glass. Spaun celebrated with an impressive exhibition of vessels he designed for production in the new technique in Vienna, Loetz’s closest and most receptive marketplace.