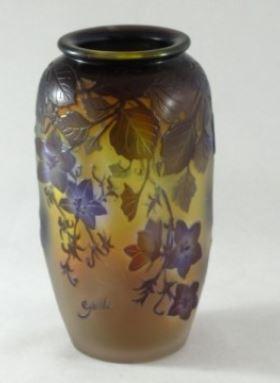 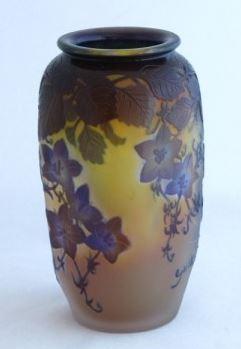 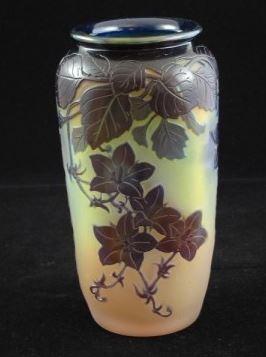 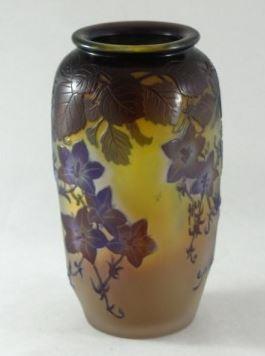 Internal polishing to ensure that the décor is even more beautiful. Approx 16.5 cm tall. French signed c 1900. Excellent original condition and a stunning piece. A fine example of the craftsmanship of the Galle workshops

After several apprenticeships in various European cities, Weimar and Meisenthal amongst others, Emile Gallé became a partner at his father’s glass and faience decoration business in 1867.