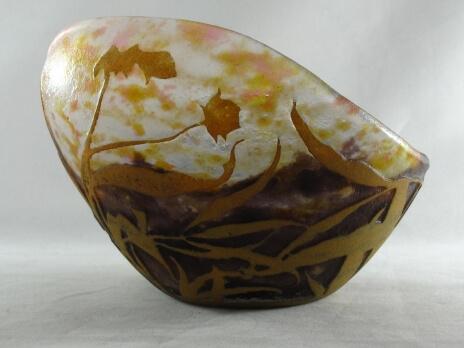 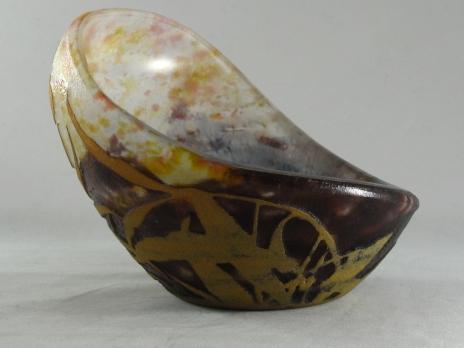 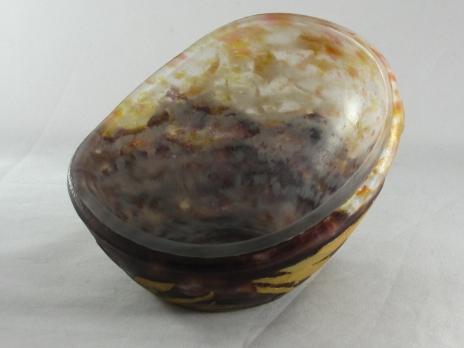 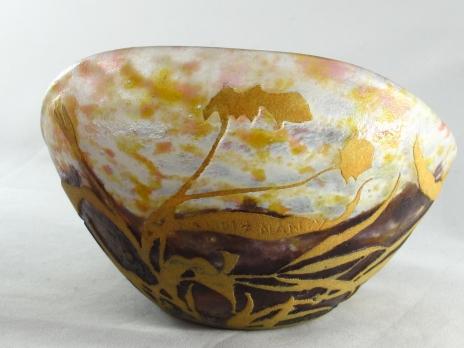 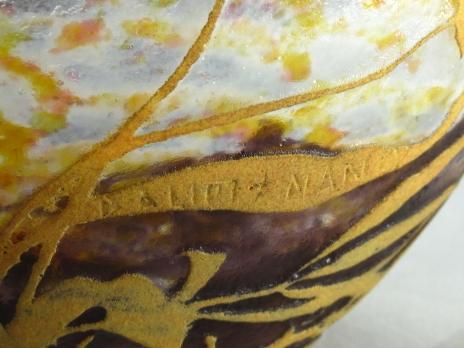 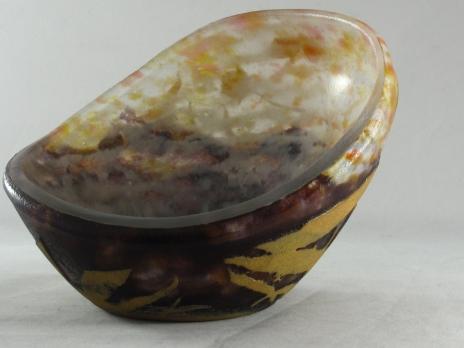 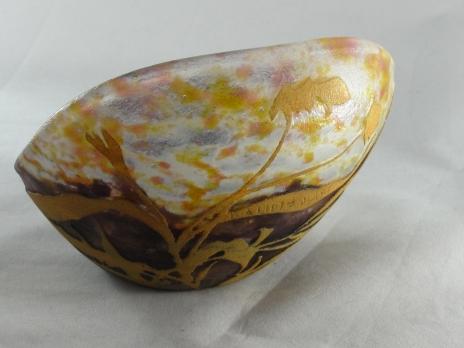 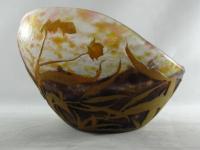 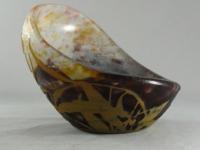 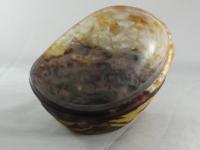 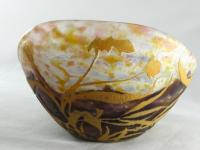 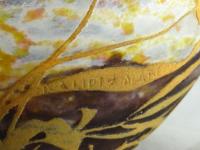 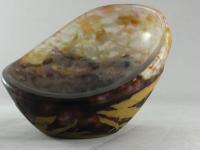 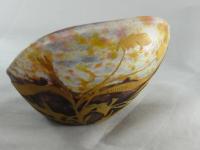 An unusual freeform Art Deco acid etched cameo bowl by Daum in the shape of a shell. Intercalaire layers of yellow orange and brown coloured glass overlaid with meadow flowers and leaves.

French c 1920. Engraved signature Daum Nancy and with the Cross of Lorraine

They developed and patented many techniques in glassmaking and were always at the forefront of design and manufacturing. In 1900 at the Exposition Universelle they were awarded a Grand Prix medal and quickly became one of the major makers in the Art Nouveau movement.