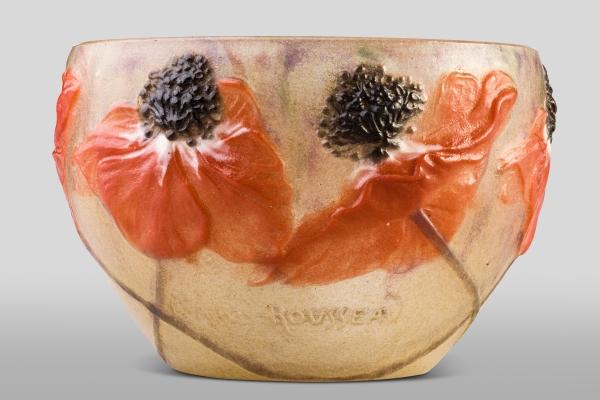 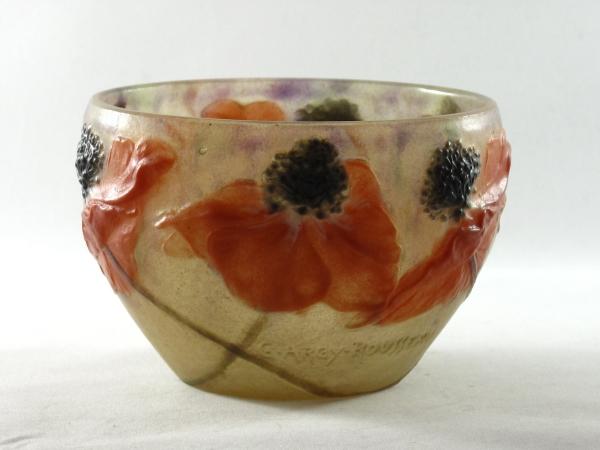 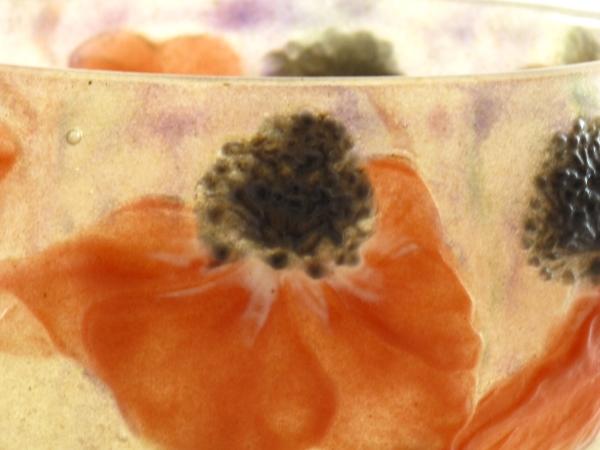 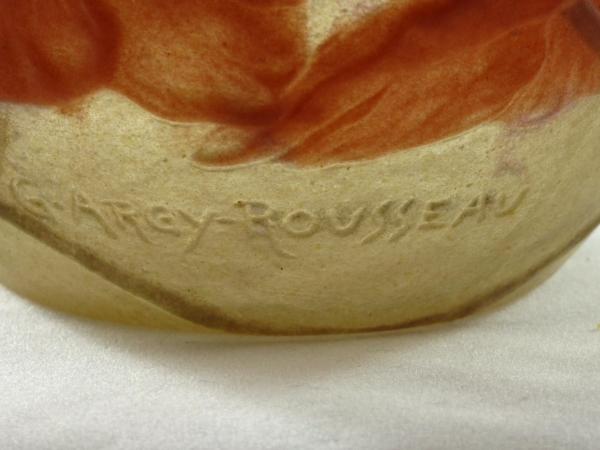 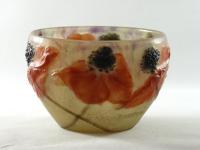 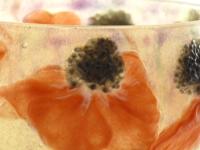 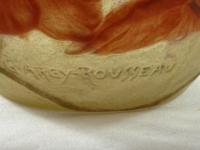 It is probably through his contacts with Jean Cross that ARGY-ROUSSEAU came in contact with the pâte-de-verre medium which he would use as a base material for the majority of his glass designs.

His first works as a glass artist were displayed at the Salon de Artists Français in 1914. In 1921 he started his own glassworks in Paris, Les Pâtes de Verres d’ARGY-ROUSSEAU, together with Moser-Millot, financer and chairman of the company.

The glassworks used semi-automated techniques to produce some of ARGY-ROUSSEAU’s designs in series. These designs mainly consisted of vases in art deco style, but also boxes, sculptures, ashtrays and pendants were made.

By the mid-1920s ARGY-ROUSSEAU was at the top of his fame and he was invited to be one of the judges at the Paris exhibition in 1925.

Due to the economic crisis in the 1930s the factory had to close in 1931 and ARGY-ROUSSEAU was forced to continue as an independent artist, making individual pieces. He kept on making glass items almost until his death in 1953.