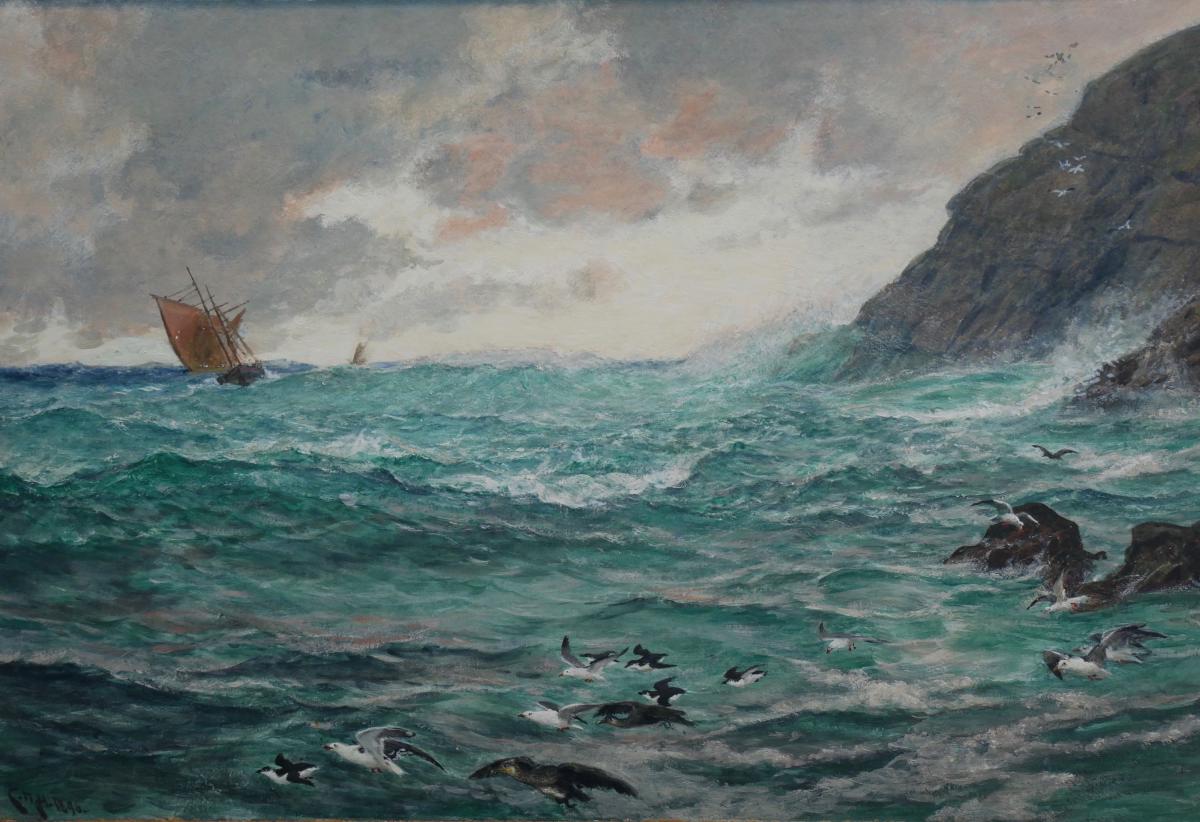 and Lyons in France.

He first exhibitied in London in 1863, painting coastal and marine subjects which reflected a strong Pre-Raphaelite influence. His attention to detail was much admired,especially his depiction of rocks. Hemy works from this period are his most admired and are so still today. Hemy subsequently went Antwerp in Belgium

and studied with Baron Leys and his subject matter changed to historical scenes with 16th century costumes. These painting created although in fashion in Europe at the time, are largely forgotten period of Hemy's work and are better left forgotten.

Subsequently Hemy turned to marine painting in the 1880's and painted this subject matter for the rest of his career. This oil , painted in 1896, is a very good example of his work . Hemy settled in Falmouth, spent a lot of time sailing  and painting from his boat. He had a very good knowledge of the sea and painted the fisherfolk and their crafts with great skill. In the latter part of his career he took on ,as a pupil ,Montague Dawson. Dawson's early work showed the strong influence Hemy had on his painting.