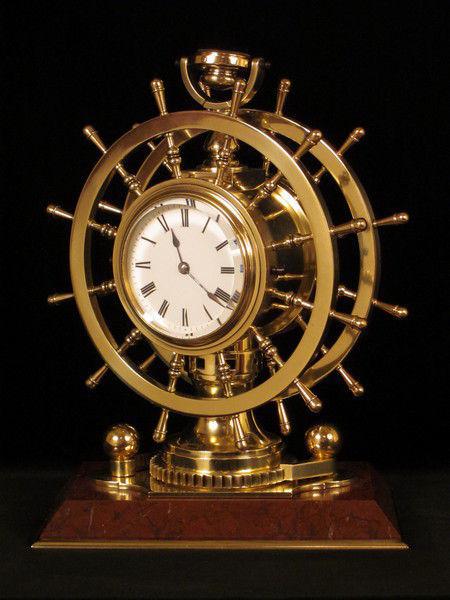 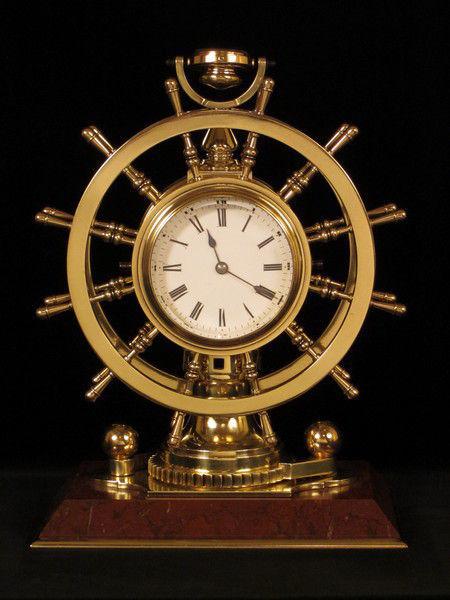 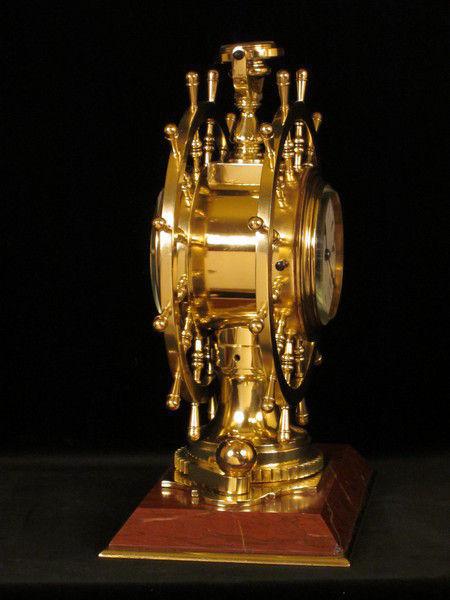 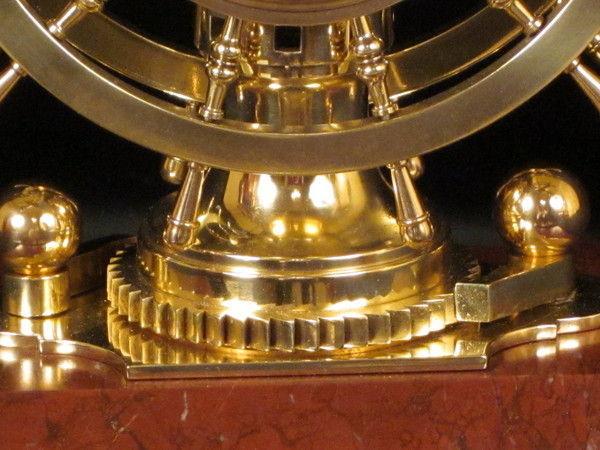 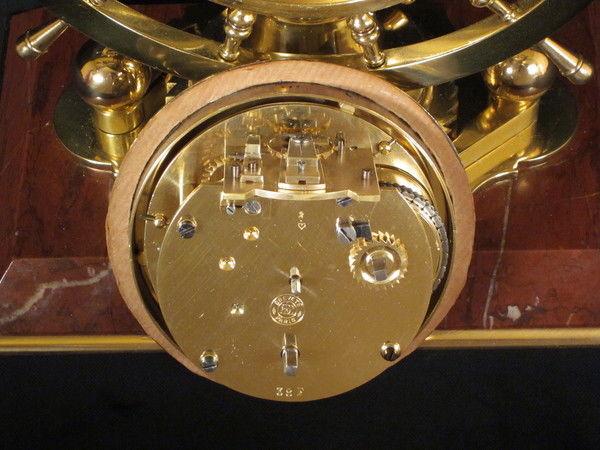 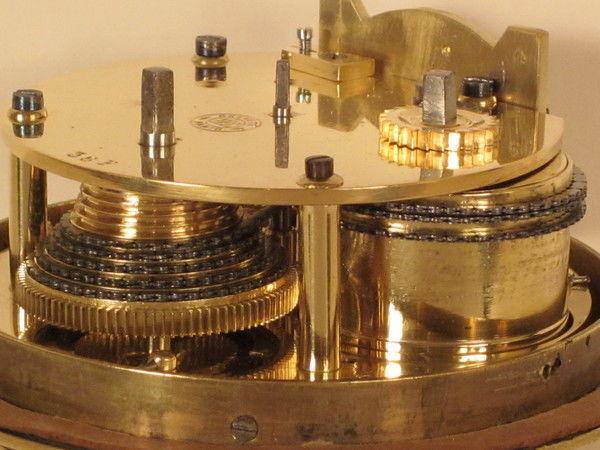 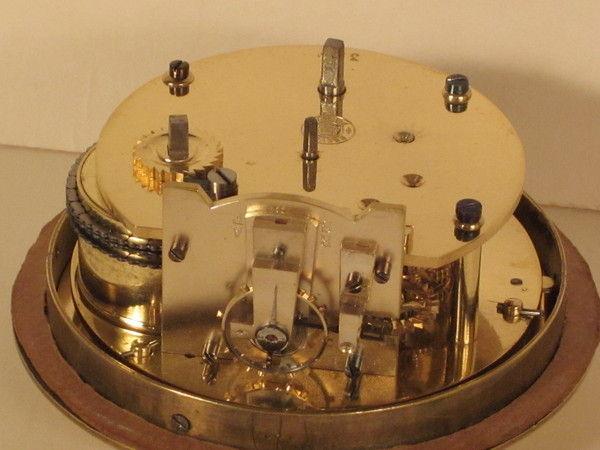 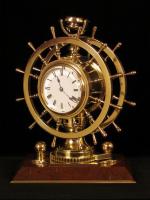 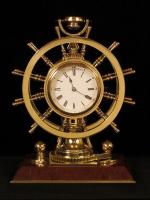 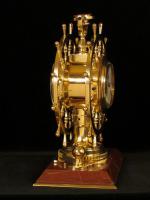 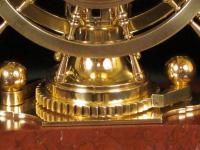 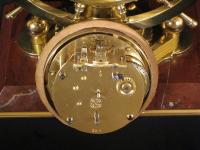 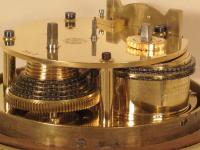 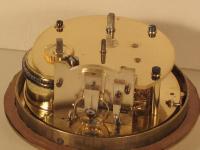 A particularly fine quality revolving 'double ships wheel' novelty/mystery clock, made circa 1880, consisting of a clock to one side, a full-size barometer mounted to the rear and a compass to the top, all supported by a pair of gilded brass ships wheels set to the front and back. The whole assembly is mounted on a bollard which rotates and is controlled by very substantial click-work on either side. Thus, in effect, you can rotate it if it is on your desk to see either the barometric pressure or the time. As can be seen there is no winding hole in the dial and there is a barometer behind it, neither is it wound by rotating the whole assembly, but obviously it can be wound. This mystery is solved by removing the whole barometer dial and bezel from where the clock movement can be accessed.

The clock movement is of very fine quality and is signed to the backplate RED, almost certainly the mark of Antoine Redier, a well-known and ingenious maker, made more interesting and unusual for a French clock in having a chain fusee, used in conjunction with a rare and finely executed two-plane lever escapement of a type used almost exclusively by Redier, an example of which is shown and described by Charles Allix & Peter Bonnert in their book Carriage Clocks, Their History & Development, page 213, plates V111/29 & 30 where it is stated that ‘the advantage of a two-plain escapement is that it makes the contrate wheel un-necessary while at the same time allowing the balance staff to be planted vertically’.

Derek Roberts notes: This clock is one of the best made examples of this type of clock that we have encountered.

Leigh Extence notes: Antoine Redier, born in Perpignan on the 22nd December 1817,  was apprenticed to the watchmaker, Abraham-Louis Perrelet. In 1838 he was awarded a Diplômé de l'Ecole d'Horlogerie in Paris. Having left Perrelet in 1839 to undertake his military service in the 3rd Artillery Regiment, he then worked for three years with Henri Robert where part of his duties was to repair the clocks at Couvent des Oiseaux. Interestingly he met the potrait painter Lafon who painted him a number of times, and so a record of Redier’s appearance exists. In 1842 the convent assisted him when he wished to purchase the watchmaking workshop of a Mr Duchemin situated in Place du Châtelet.

Redier is considered the inventor of the portable ‘bedside’ alarm clock, which very much helped the clockmaking industry prosper in the village of Saint-Nicolas-d'Aliermont, near Dieppe, also home to many of the finest carriage clock makers of the period. Redier was very much an inventor and by the end of his working life he had obtained twenty-seven patents of invention or improvement for various time-keeping and recording devices, the first being for perfectionnements aux montres et chronomètres de poche in 1842, with the first for an alarm clock, un réveille-matin, in 1847.