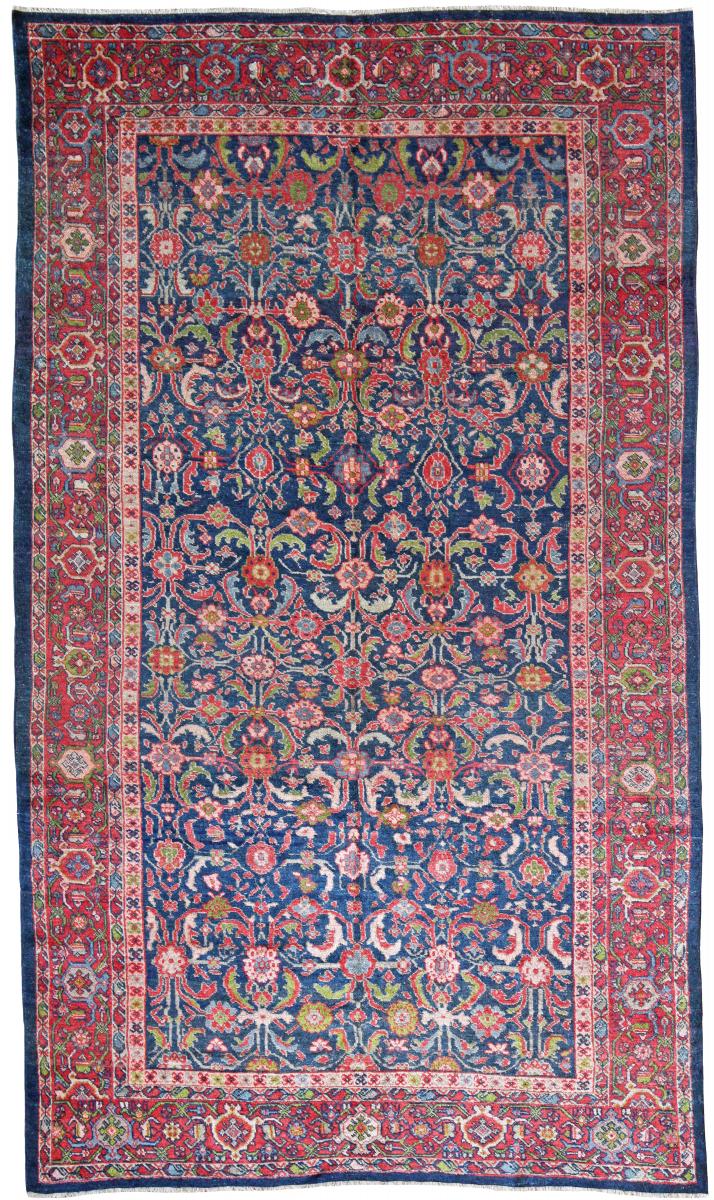 Stunning antique Ziegler-Mahal carpet in wonderful original pile and condition.  Dating from 1880-1890, the pile height is exceptional throughout, with beautiful dyes we associate with Ziegler & Co workshop carpets.  Ziegler-Mahal's are called as such, because the Ziegler workshop produced carpets from their own looms with their own designs.  Using traditional Persian patterns consisting of small palmettes, floral rosettes and leaves, these were soon commissioned in grand sizes for the Western market and the designs, in particular the palmettes, were blown up to large proportions.  Often these Ziegler-Mahals can be considered earlier productions from the workshop, before designs were scaled up and large 5 x 4 metre examples were produced.

Condition report: The carpet is in beautiful original order, it has just been cleaned by our workshop and with minimal preservation to the side edges and ends.  It has had a small amount of restoration in one corner which has been improved, but in general this carpet is over 95% original.  The pile height is excellent all over.