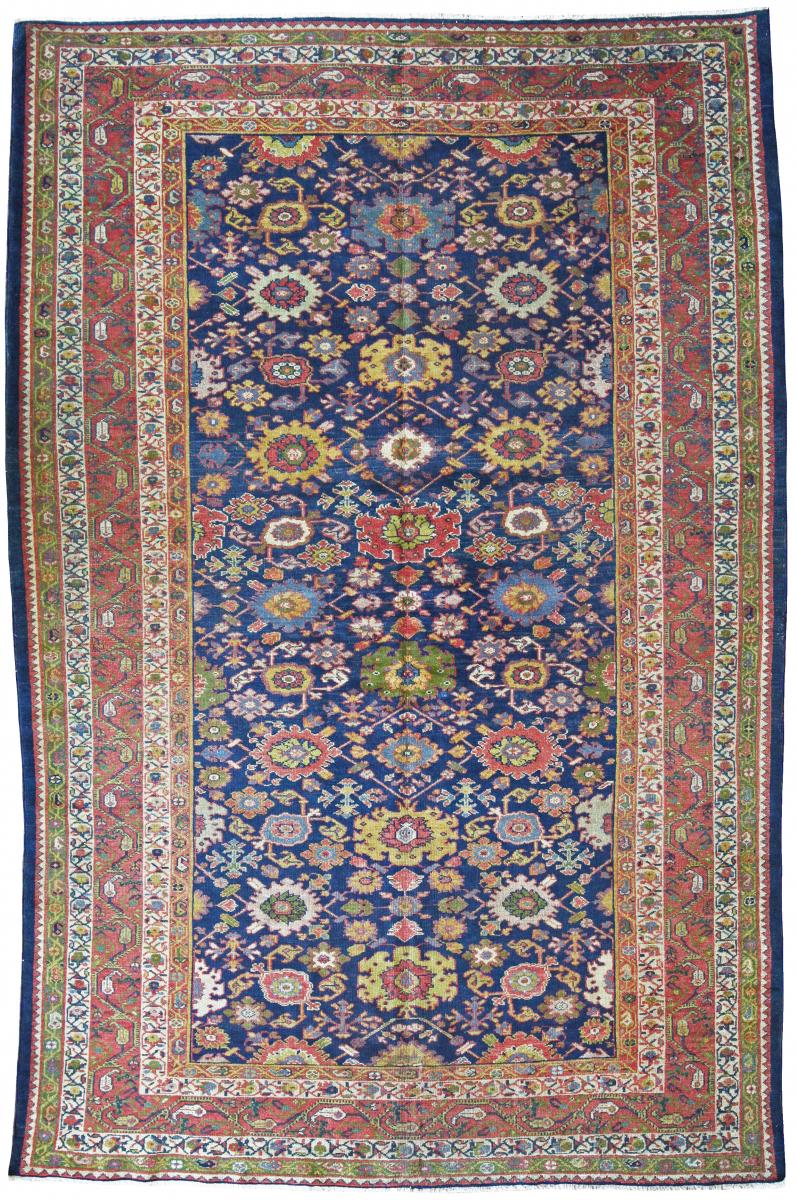 A really beautiful all over antique Ziegler carpet from the late 19th century.  We love the unusual flowing vine and stylised 'Boteh' borders, in ivory, soft reds and muted lime greens famous in Ziegler's. The floral palette motifs in the main field with early Harshang design too.  All these elements make for a wonderful decorative antique carpet.

Request a home visit to view this stunning antique Ziegler carpet in situ at a convenient time.  Or book a visit to our barn showroom in Crondall, Surrey.

The carpet is in very good original order, we have not done any restoration on this piece.  The pile height is cut medium high, with minimal wear.   Obtained from a private collection it has been used all its life, and looked after.  Our excellent rug underlay we supply with every carpet adds body and durability to preserve antique carpets too.