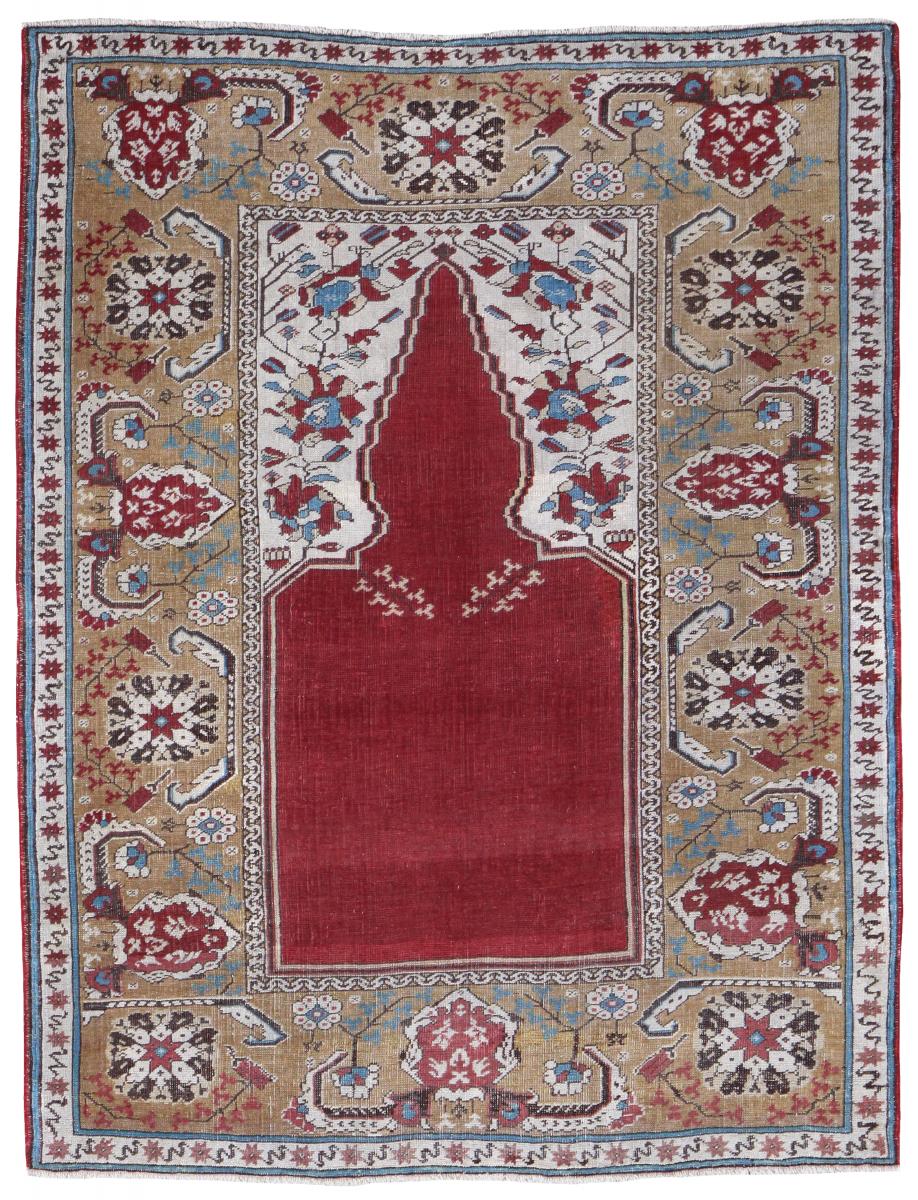 A wonderful antique Transylvanian rug heralding from Romania, dating from the mid 19th century.  From a private collection a rare collectable rug in wonderful condition.  Some preservation restoration has been completed in the red main field but in general it is all original.

Some History of Transylvanian rugs from Wikipedia:

Amongst the rugs carpets preserved in Transylvania are classical Turkish carpets like Holbein, Lotto, and so-called "white ground" Selendi or Ushak carpets.  The term "Transylvanian rug" more specifically refers to four distinct types of Anatolian carpets which have survived in Transylvania.

Transylvanian rugs with a prayer rug design are characterized by a single red niche, white spandrels with a waving curvilinear floral stem bearing various kinds of flowers and flowerbuds, and ochre yellow borders with curvilinear patterns. The fields are usually ochre, sometimes red. It is almost always empty of additional ornaments, with the exception of small floral ornaments close to the edge or in place of a mosque lamp at the top of the niche. The niche itself shows design types also known from Ottoman prayer rugs from Anatolia: the "head and shoulder" design, high or low point of the arch, and with serrated or stepped outlines. The similarities of the design with their Anatolian counterparts has led to the attribution of specific Transylvanian carpets to more specific Anatolian proveniences like Ghiordes or Melas. The design is related to the Ottoman court prayer rugs of the second half of the sixteenth century.

A small group of rugs with a markedly similar prayer rug design closely resembles the "double-niche" type with a vase motif, with the difference that there is only one single niche. The decoration of the field, the profile of the niche, the design of the spandrels and borders differ from other rugs with prayer rug design.

Some preservation restoration has been completed in the red main field but in general it is all original.