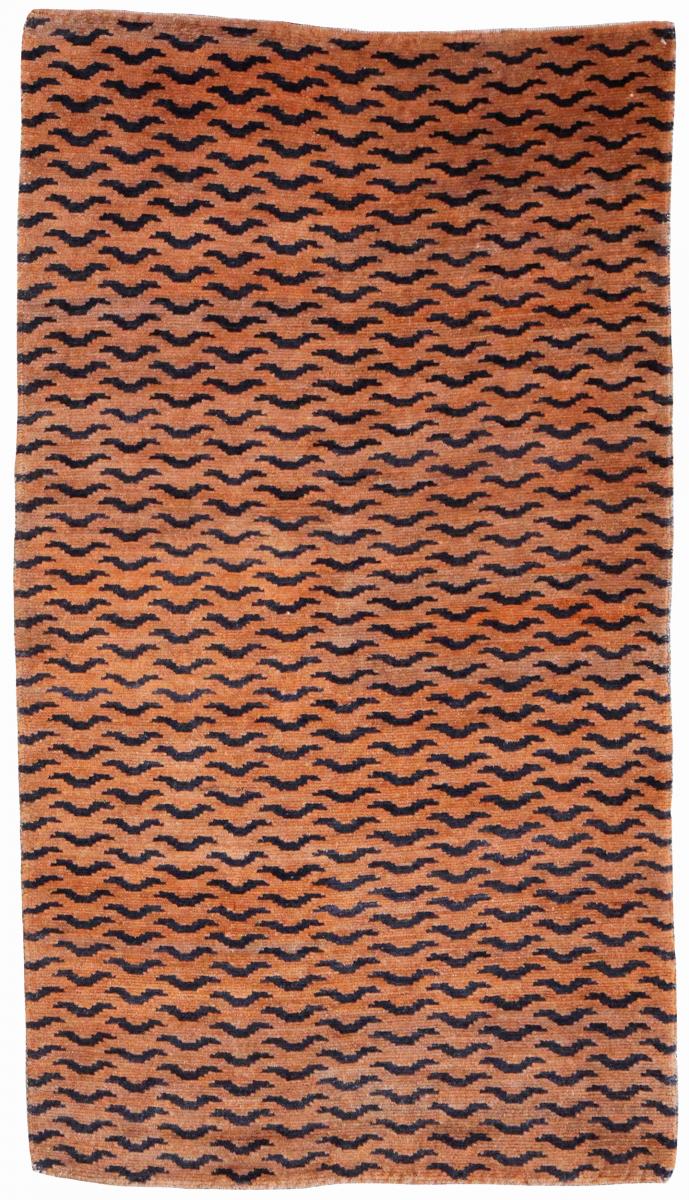 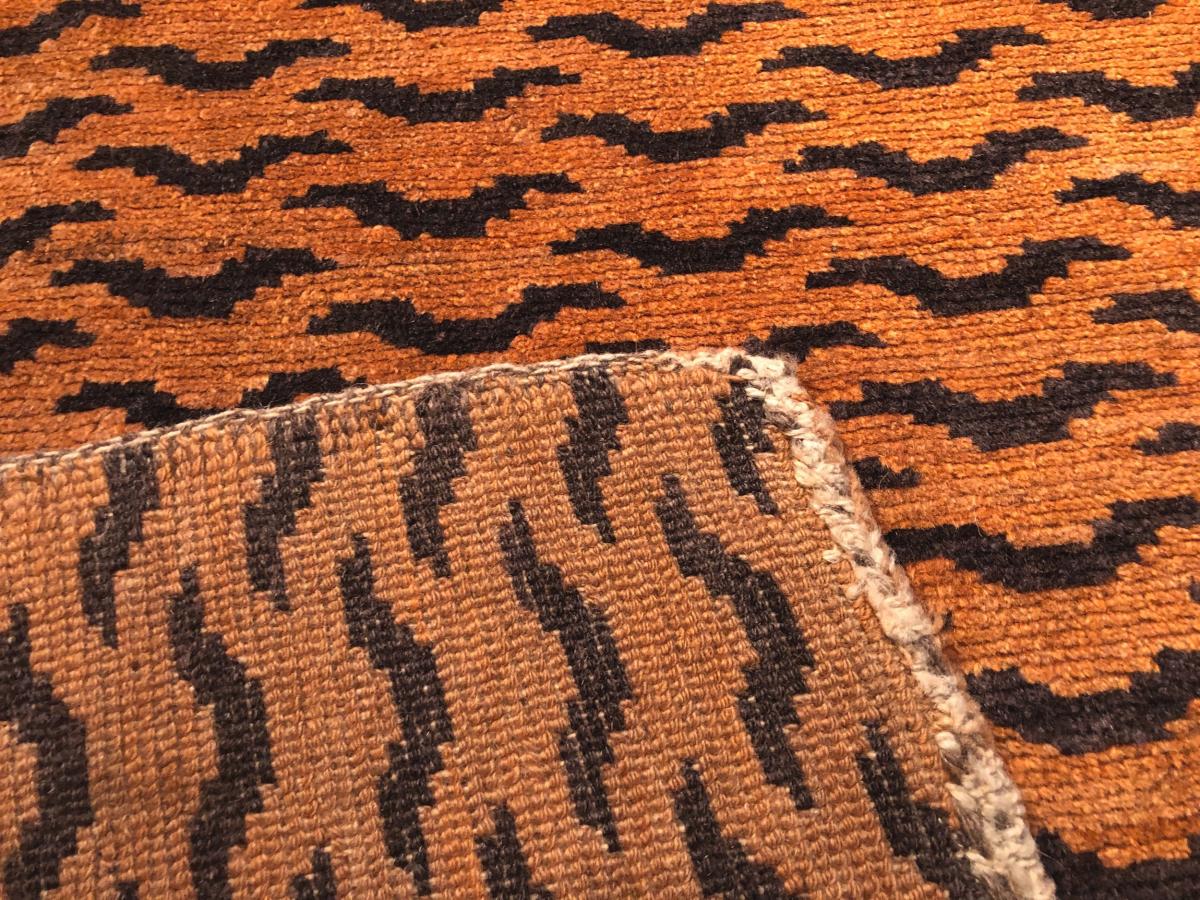 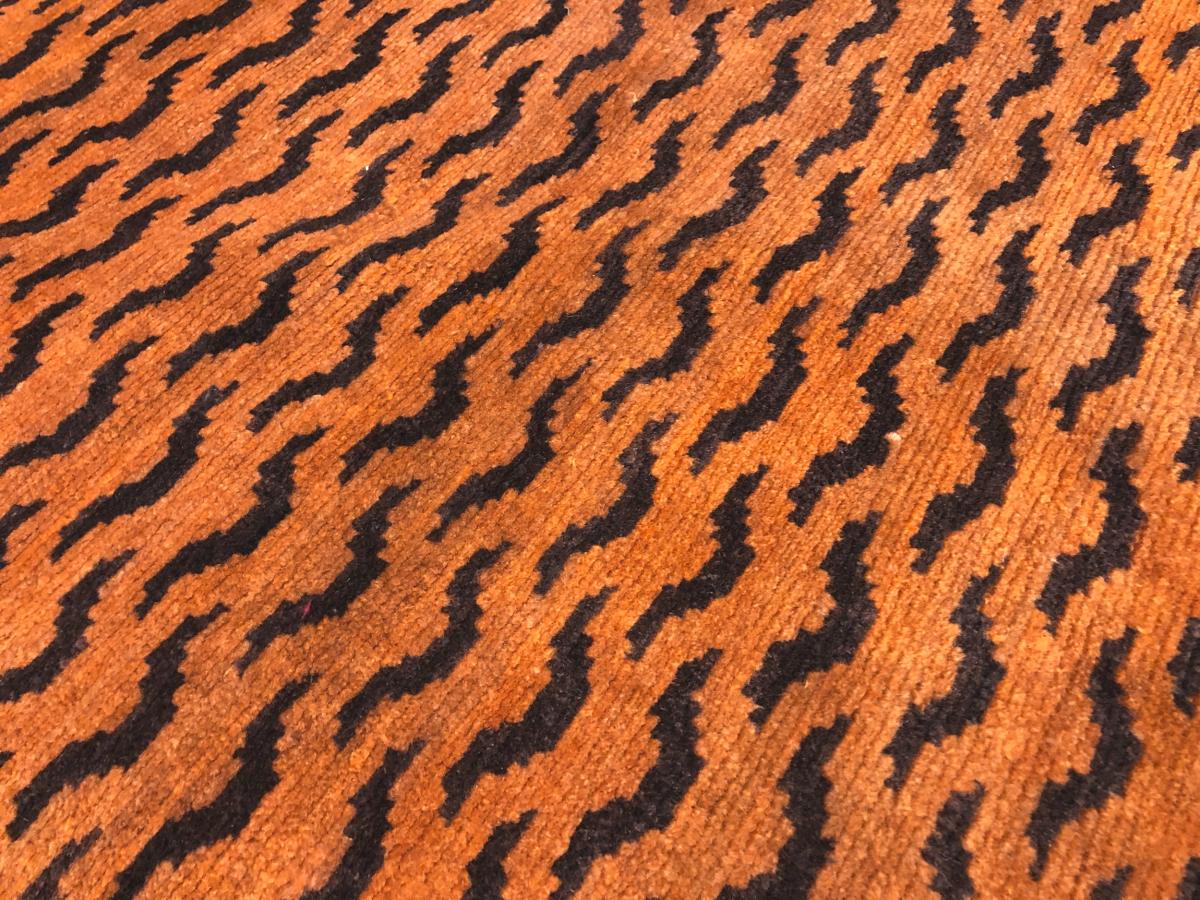 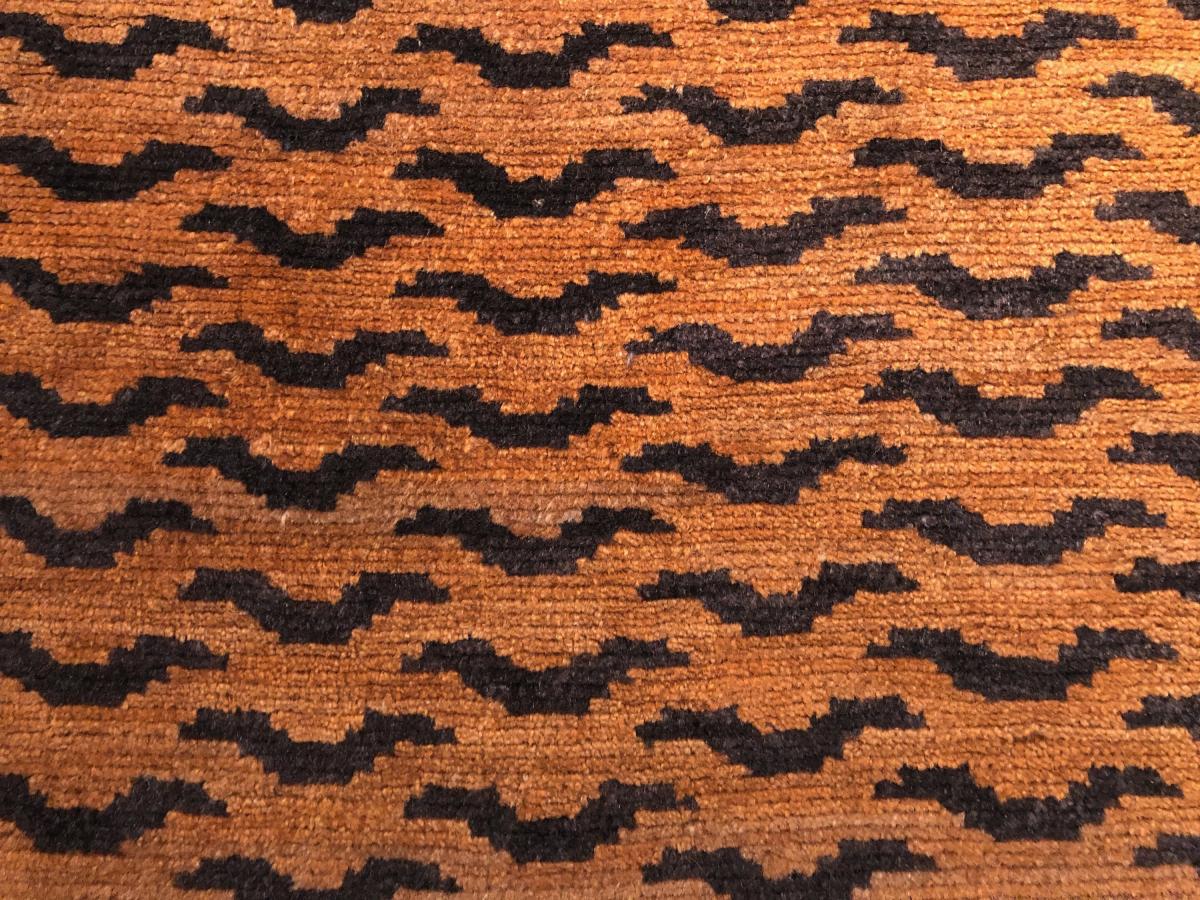 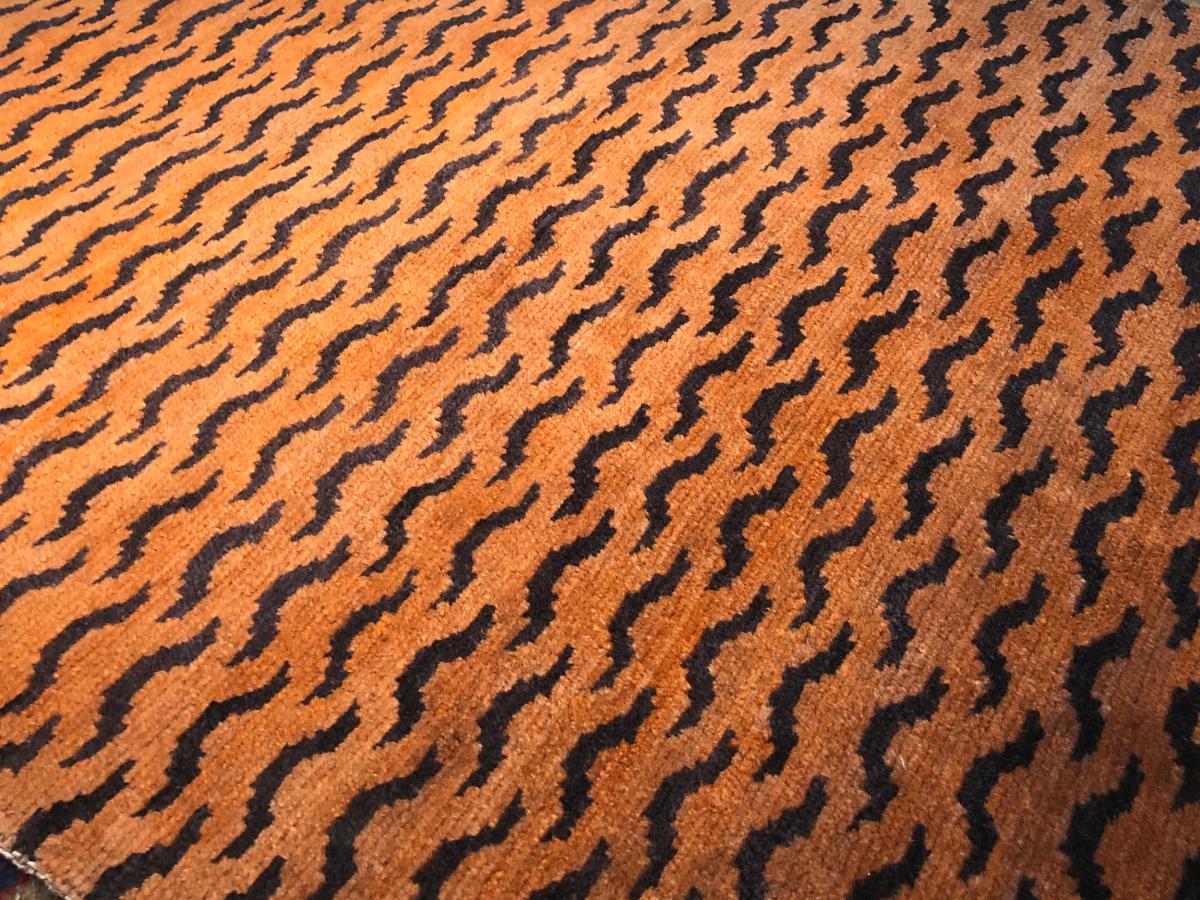 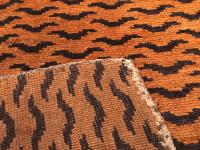 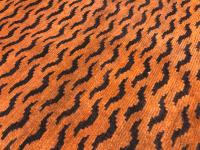 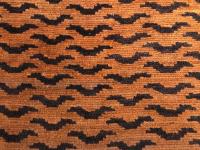 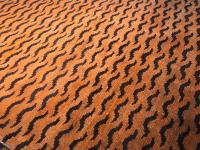 An extremely rare antique Tiger rug with an abstract stripe design using deep red/orange dyes and black stripes.  In exceptional original condition with a soft wool pile all over this beautiful piece of rug art.  As mentioned below it is believed only around 200 Tibetan Tiger rugs were ever produced and have grown increasingly in value and collectability over the last 10 years.  A rare opportunity to purchase an antique Tibetan Tiger rug in such excellent untouched condition.

Extract below from Hali Magazine article 21st Feb '19 - 'An Eye For The Tigers'.

Tibetan tiger rugs are as culturally fascinating, and as poignantly elusive now as the tigers themselves. In the early 19th century woven tiger rugs became the substitute for the increasingly scarce Indian tiger pelts. The small number produced remained within the monasteries, and unlike other works of Tibetan art appeared outside Tibet only in 1976, when an example was taken to the USA. After the more recent social upheaval in Tibet and the breakdown of religious sects and rites, the rugs, once used for meditation, were no longer needed and were dispersed. In the Lipton exhibition in 1988 there were 108 rugs, and there are considered to be probably fewer than 200 in existence to date.

In February 2019 Sotheby's London held an exhibition showcasing nine antique tiger rugs, dating from 1860, 1900 and 1900–50 respectively; these were lent by Nelly Frize, Mimi Lipton, David Sorgato and anonymous private collectors. Five in this group were for sale, ranging in price from £22,000 to £30,000 (some of the proceeds going to TX2), and the designs included a flayed tiger, two double tiger rugs, and two abstract stripe and pelt designs.

Tibetan rugs cannot be properly introduced without a brief discussion of the Tibetan plateau, the highest plateau in Asia. There is a fundamental uniqueness that cannot be duplicated.  That is, the plateau's isolation is indigenous to a few animals and plants. Because of the high altitudes, usually well over 2500m, it is cold and the air lacks oxygen. Tibet is very unique with the Tibetan sheep and yak can live only at high altitudes.  Designs of Tibetan rugs have largely been influenced by Chinese designs and sometime incorporated traditional folk motifs.

Near perfect original condition, an excellent wool pile all over.