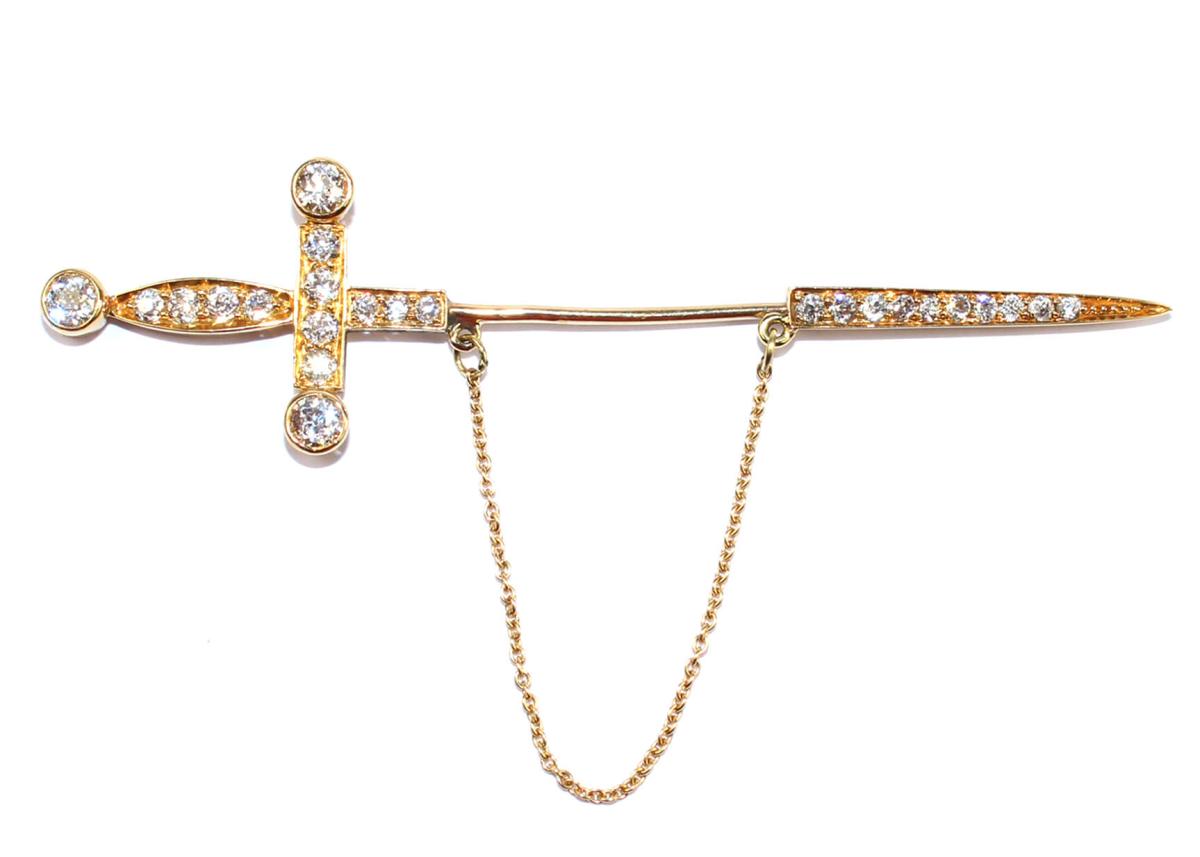 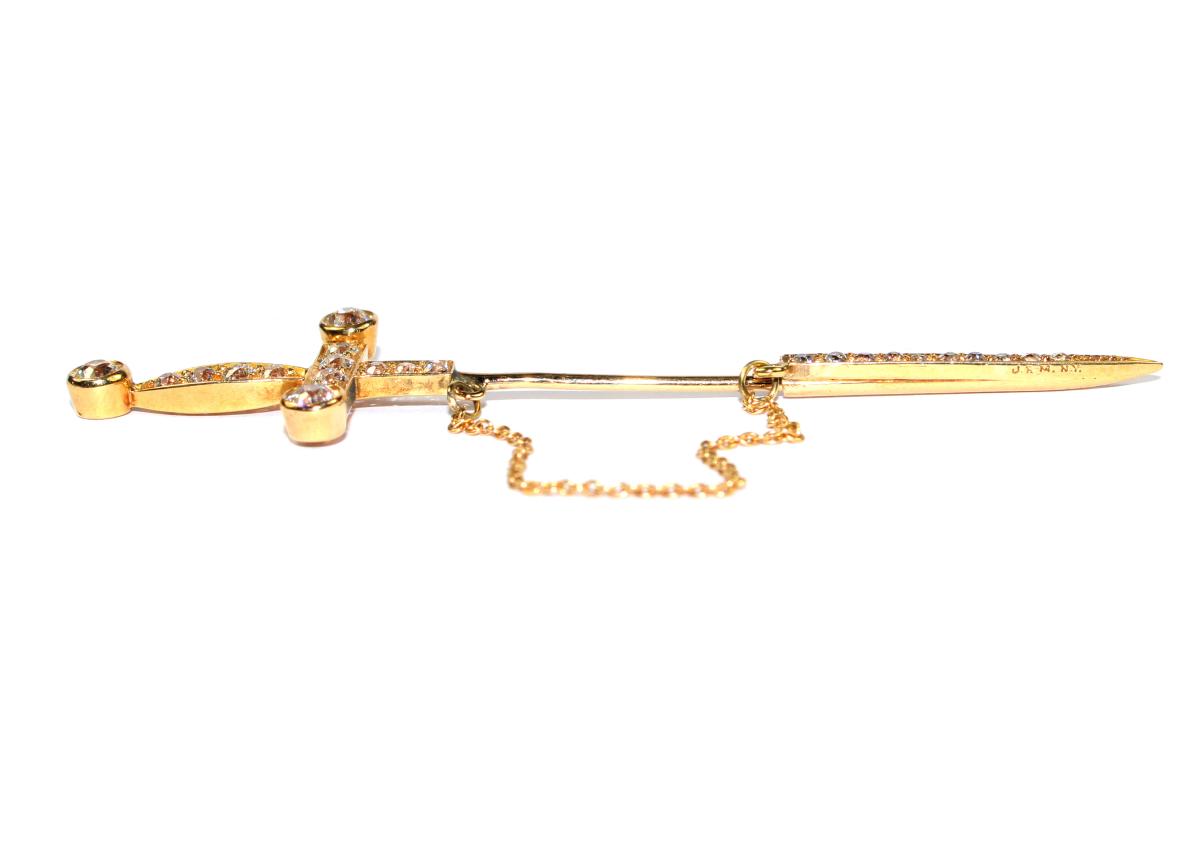 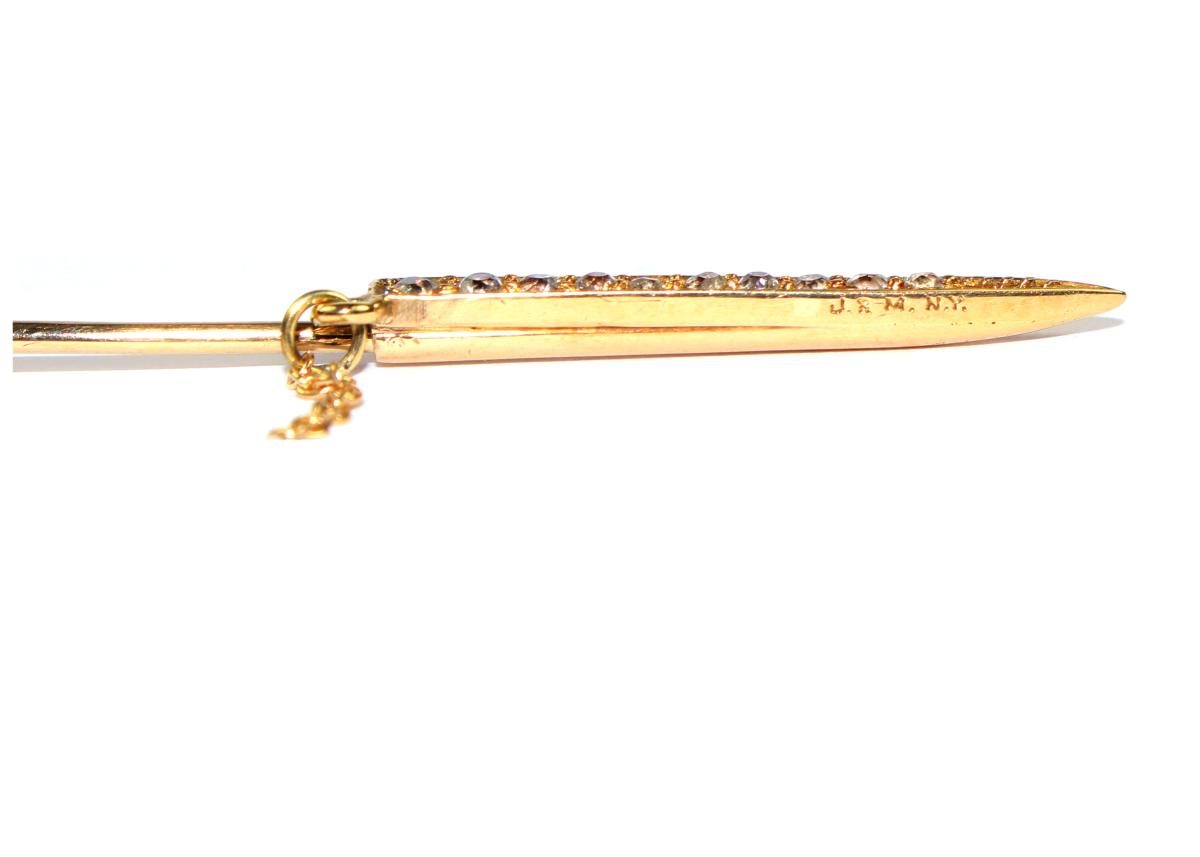 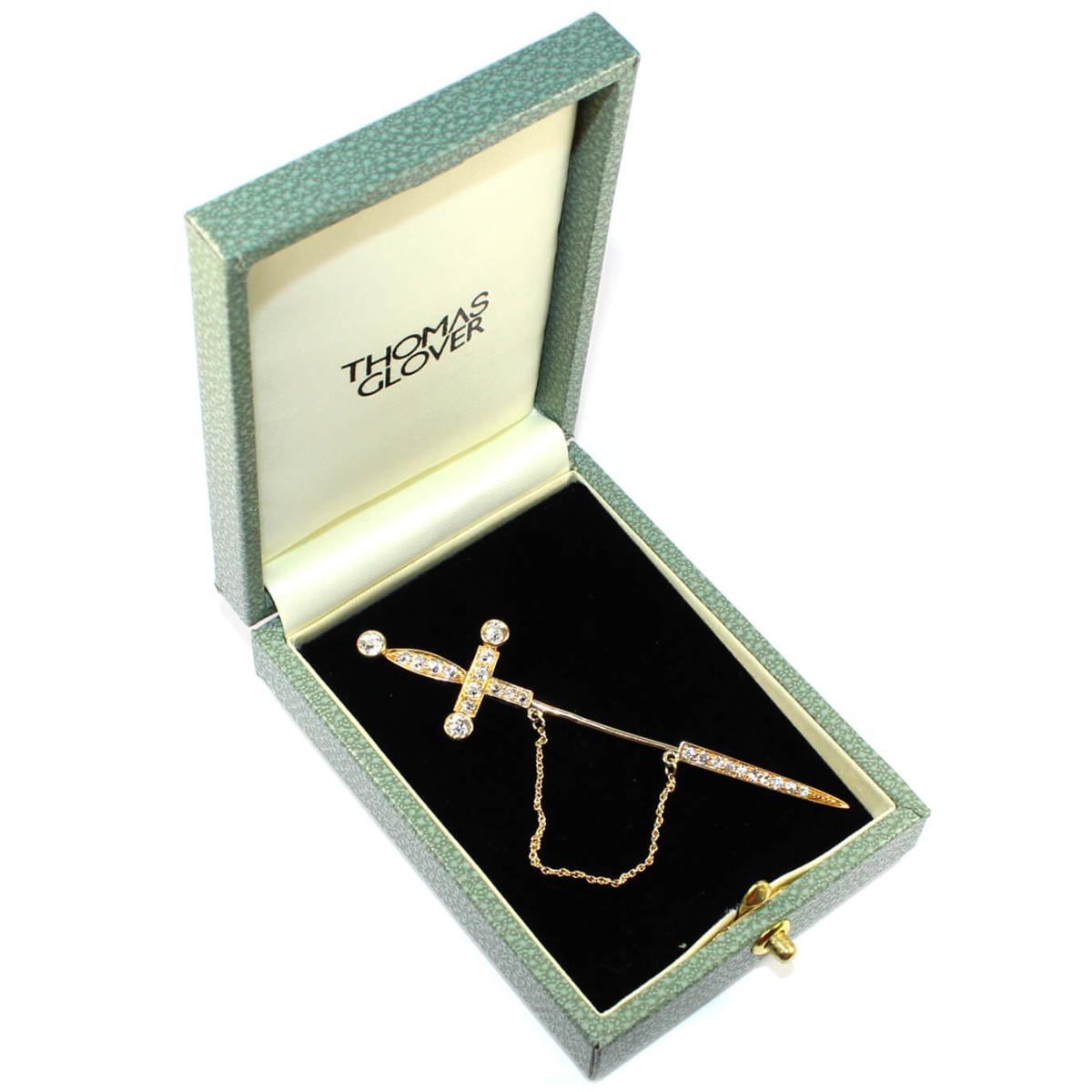 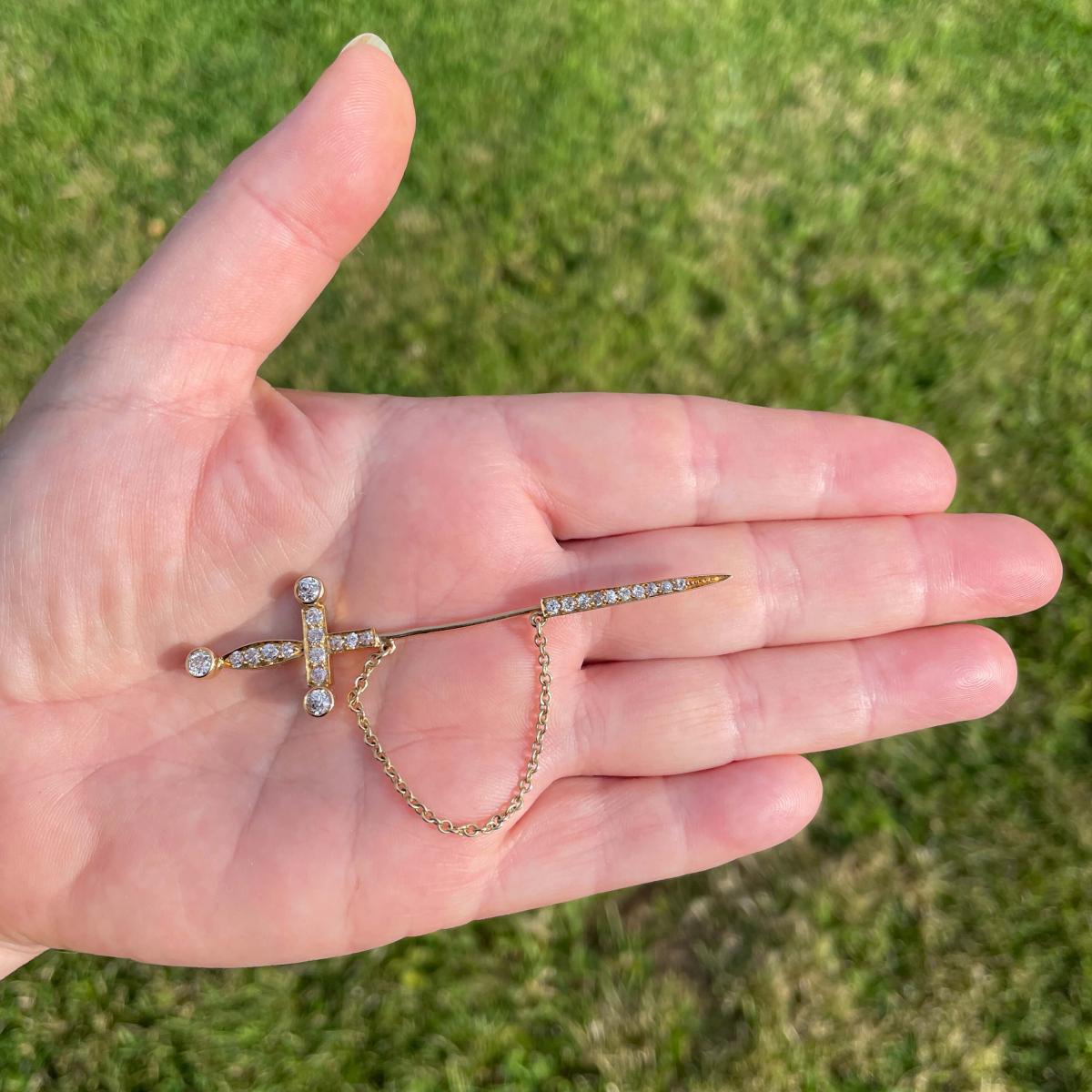 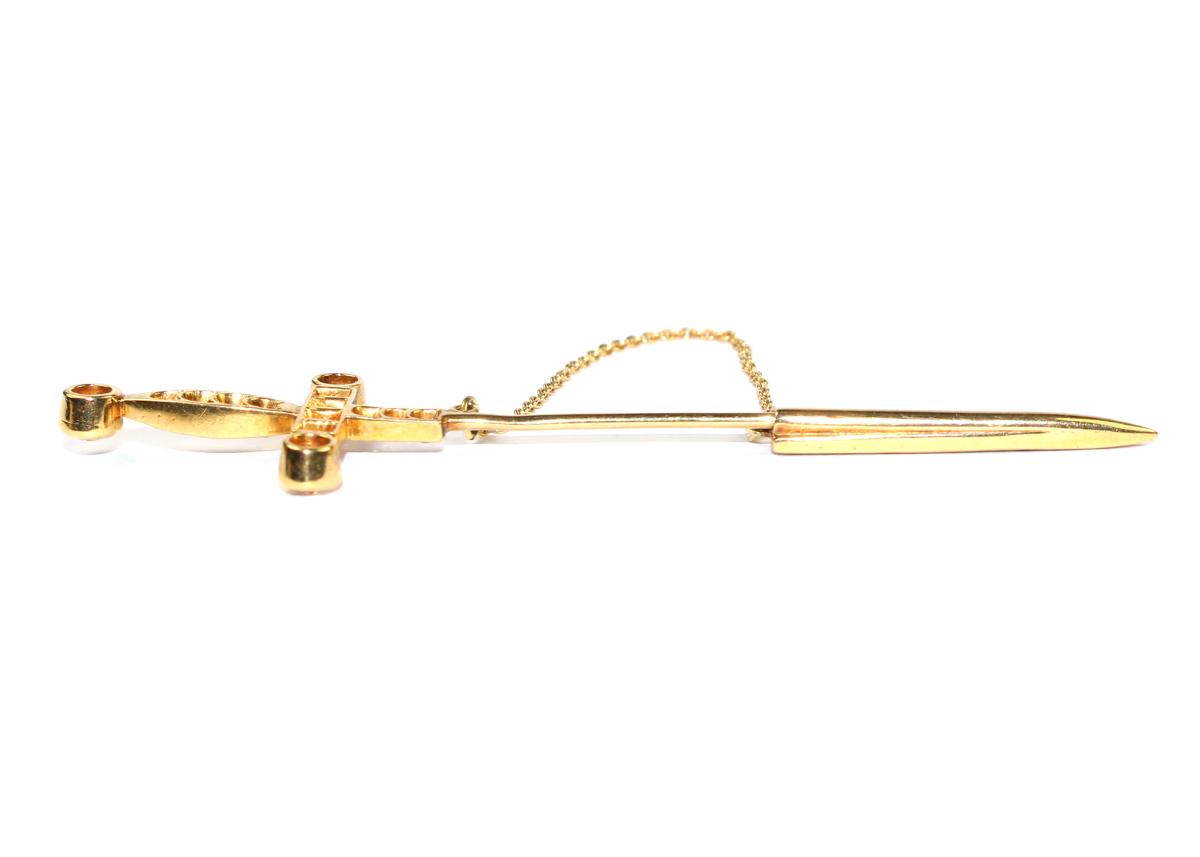 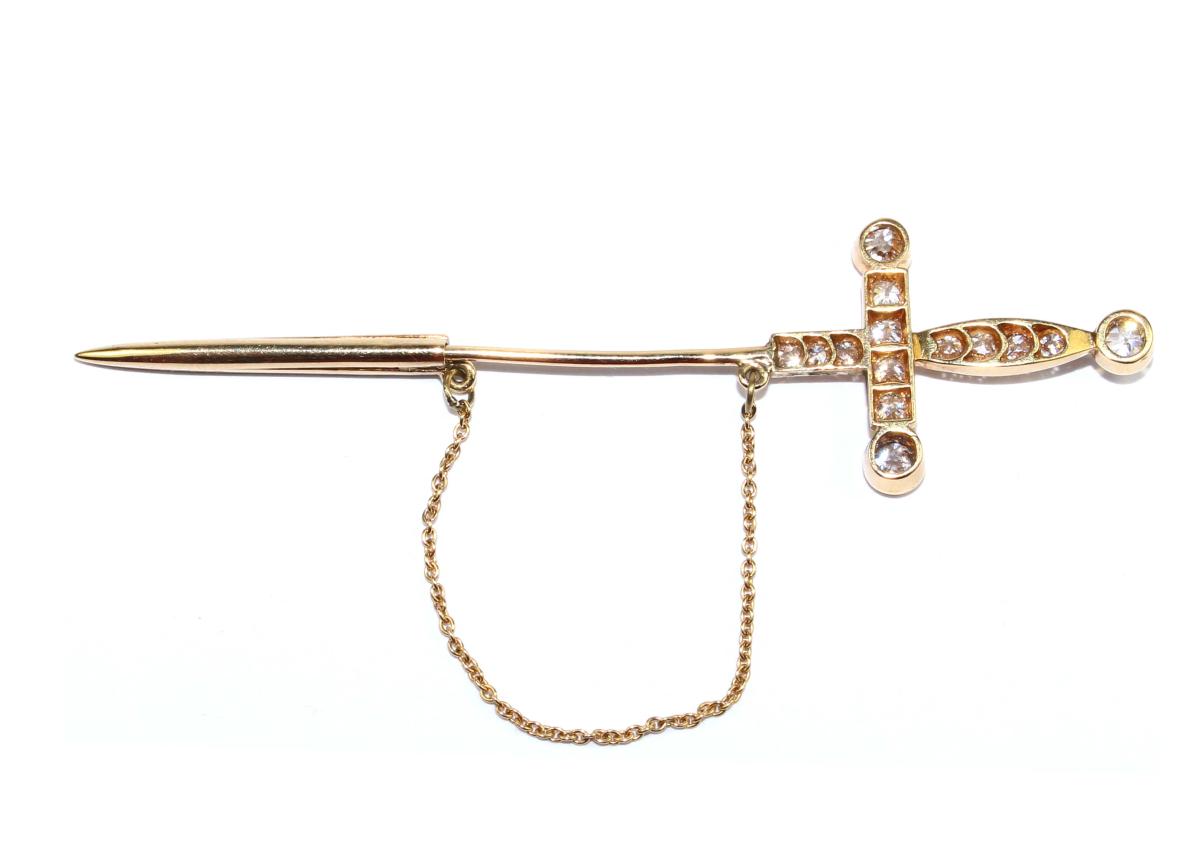 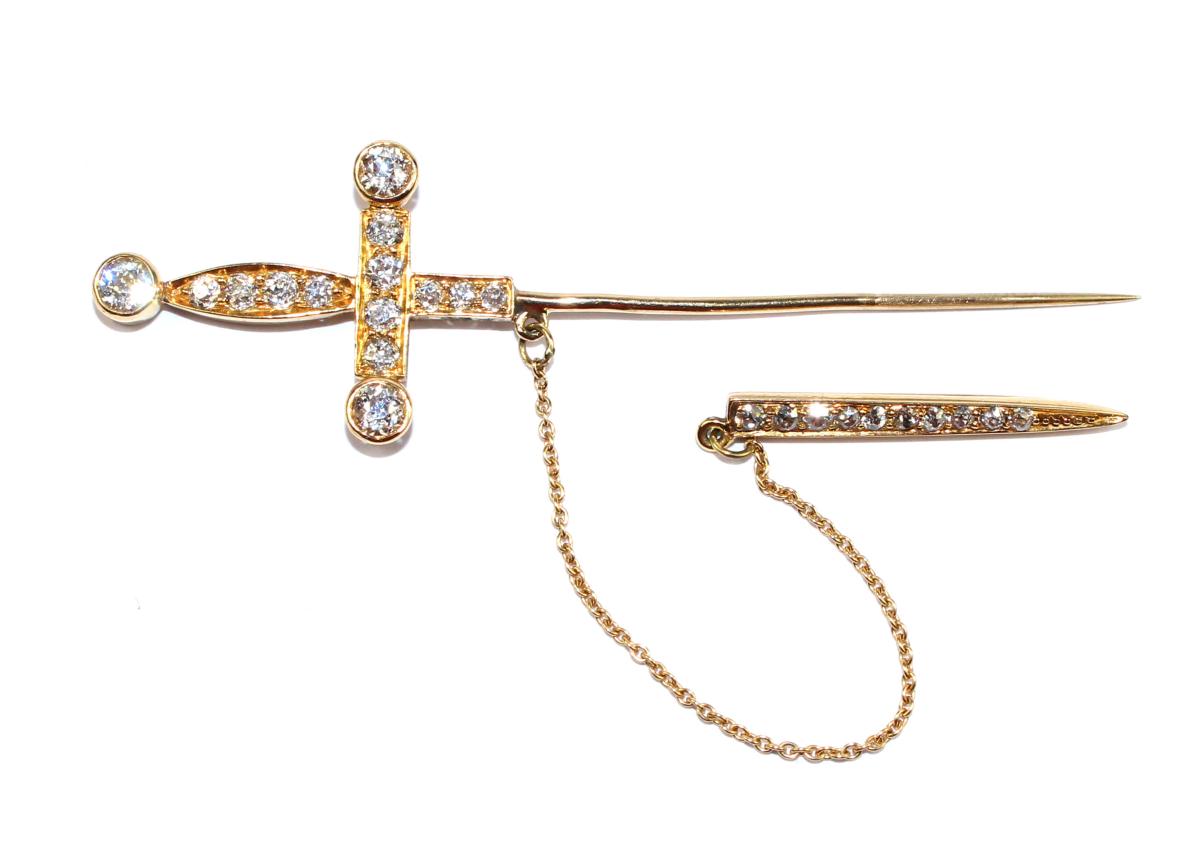 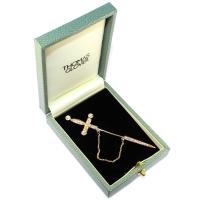 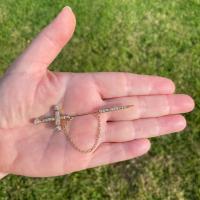 A jabot, or sûreté pin is a fastening device consisting of a pin with a decorative ornament to each end. One end detaches allowing the pin to be passed through the fabric with the other end clicked or screwed back into place. There was a fashion for these pins in the late Victorian and Edwardian eras.

They came in all shapes and sizes and were originally used to decorate or fasten a jabot, a piece of fabric worn around the neck, with frills and ruffles dangling over the chest. When the jabot was no longer fashionable, the pins were worn as jewellery in their own right.

This wonderful late Victorian pin is fashioned as a diamond encrusted sword. It is beautifully made with old cut diamonds exquisitely set in a fine yellow gold sword design. The hilt is set with 3 large old cut diamonds and perfectly matched smaller diamonds in a fine rubover setting. The scabbard is attached by a trace chain and is signed JM & Co NY to one side.

Herman Marcus left Tiffany & Co. to join his son's firm and in 1892, the Marcus' bought out Jaques, forming Marcus & Co. they merged with Black Starr & Frost (the oldest continuously operating jewellery firm in the United States) in 1962. 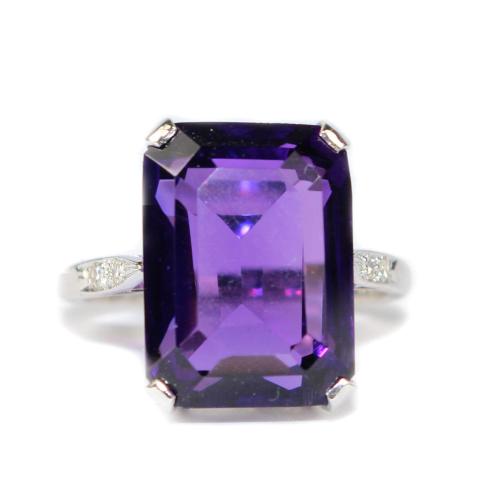 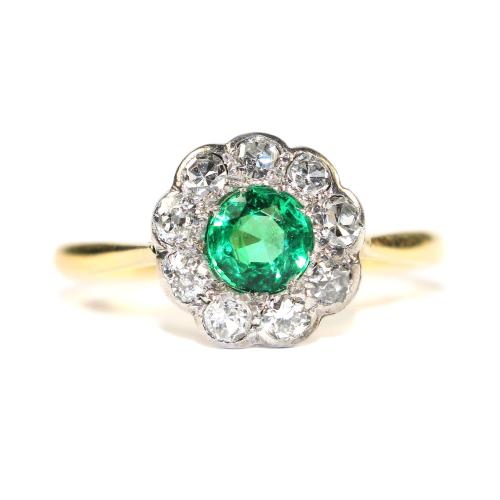 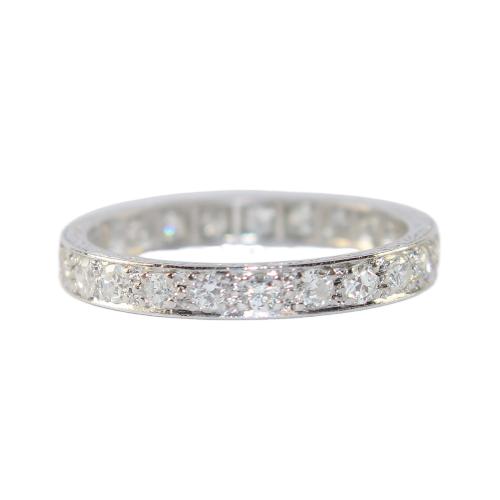