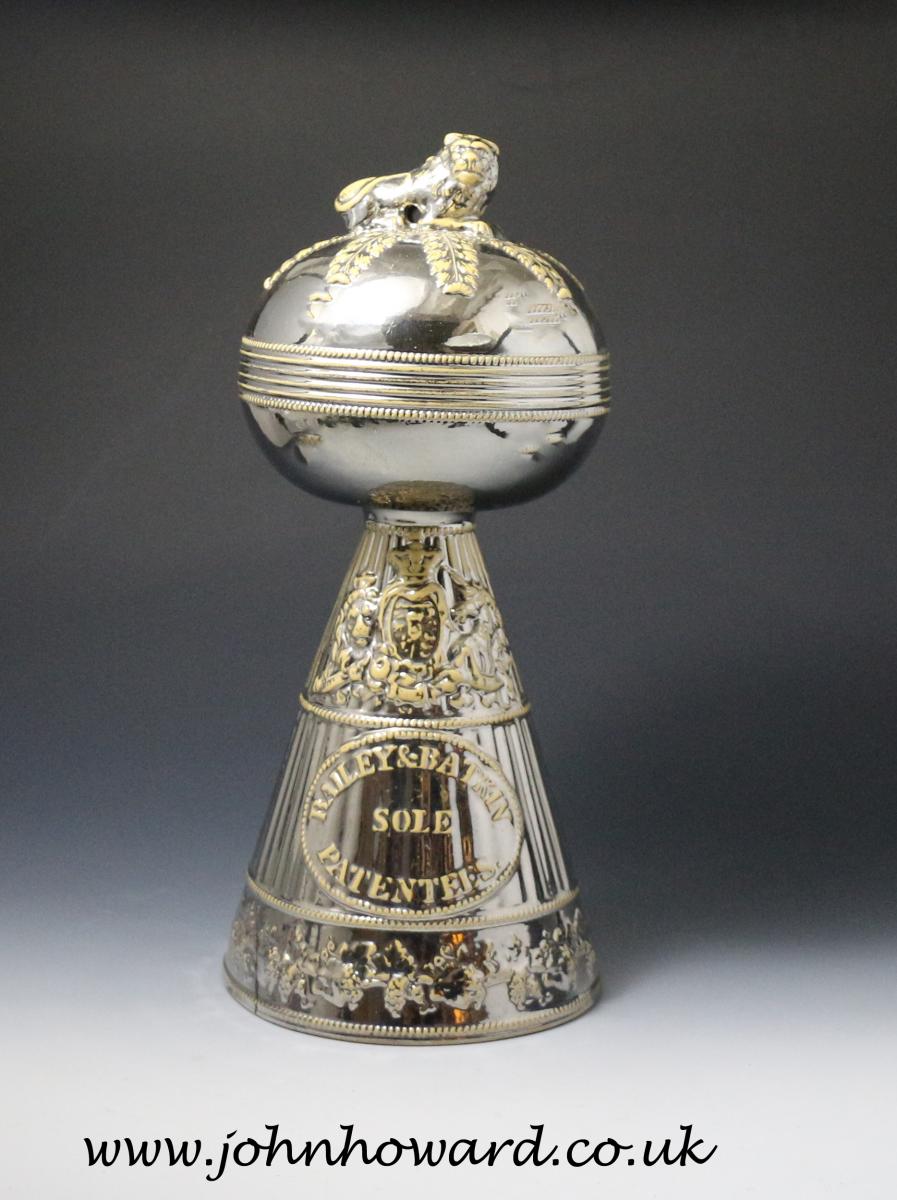 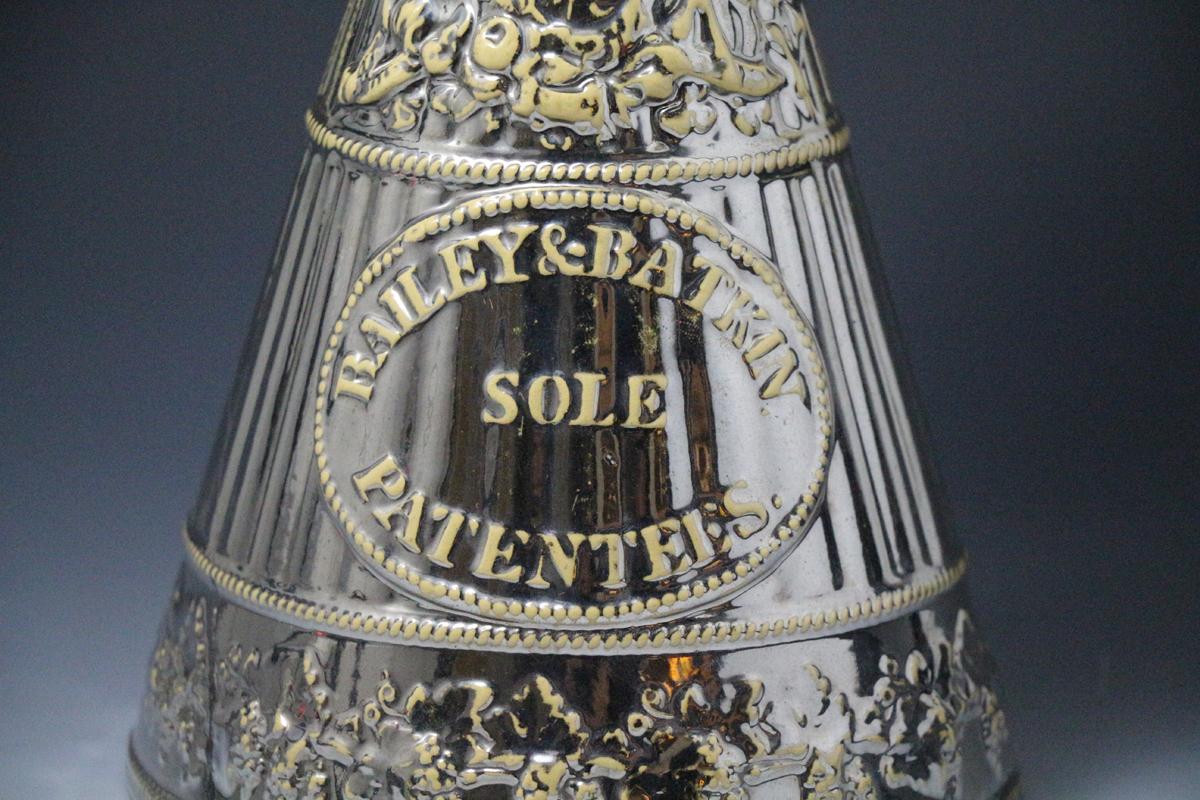 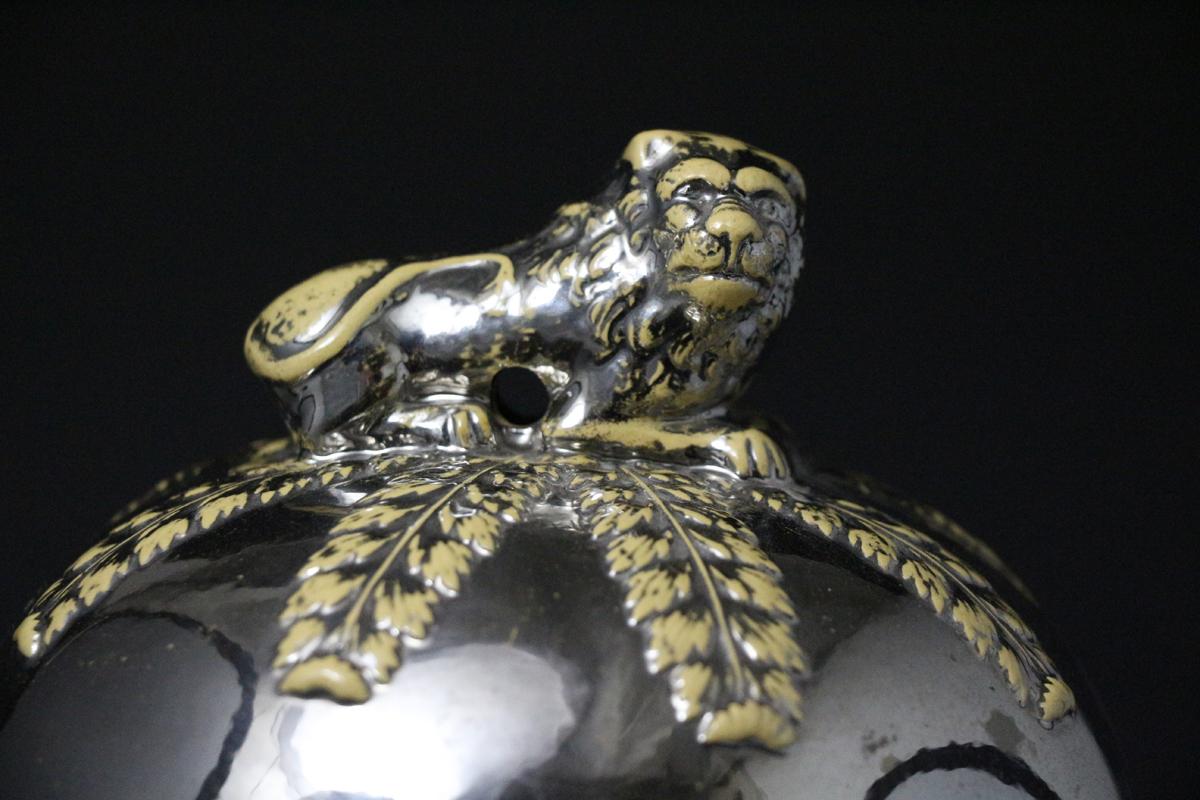 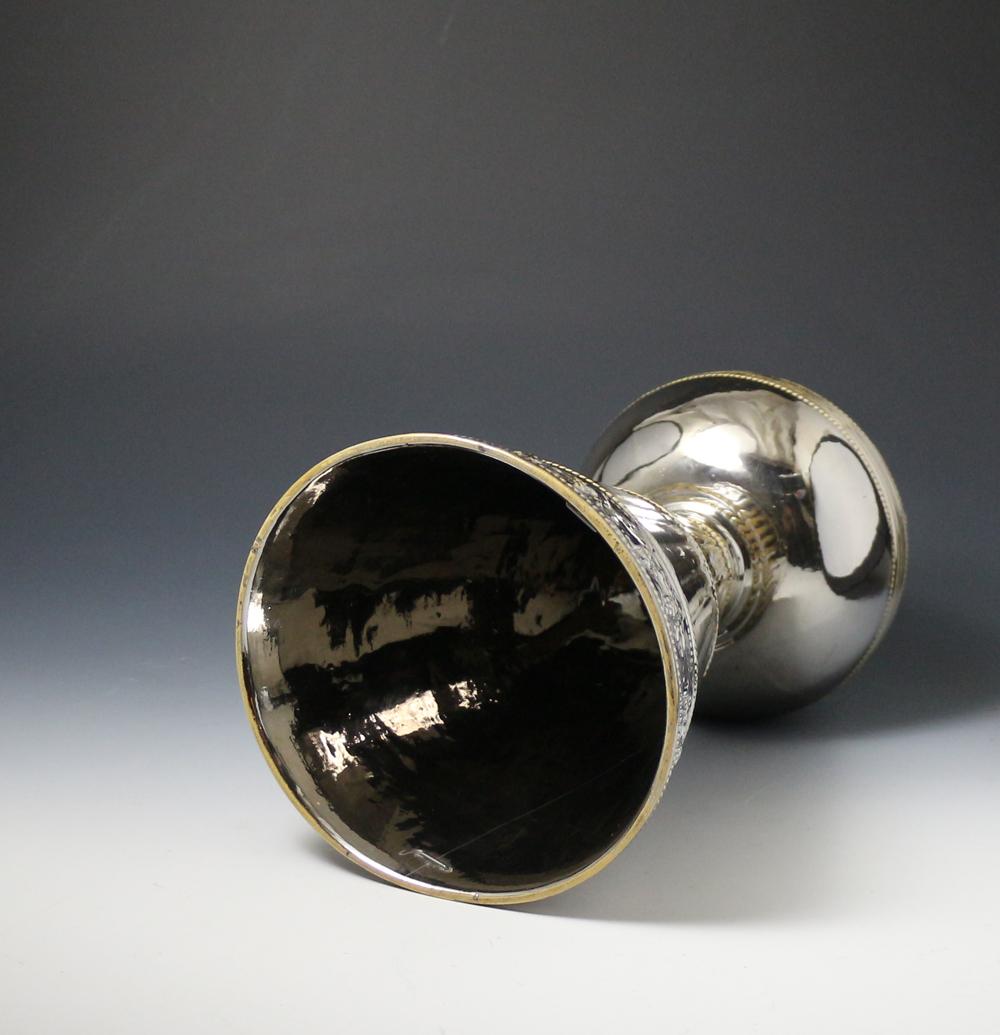 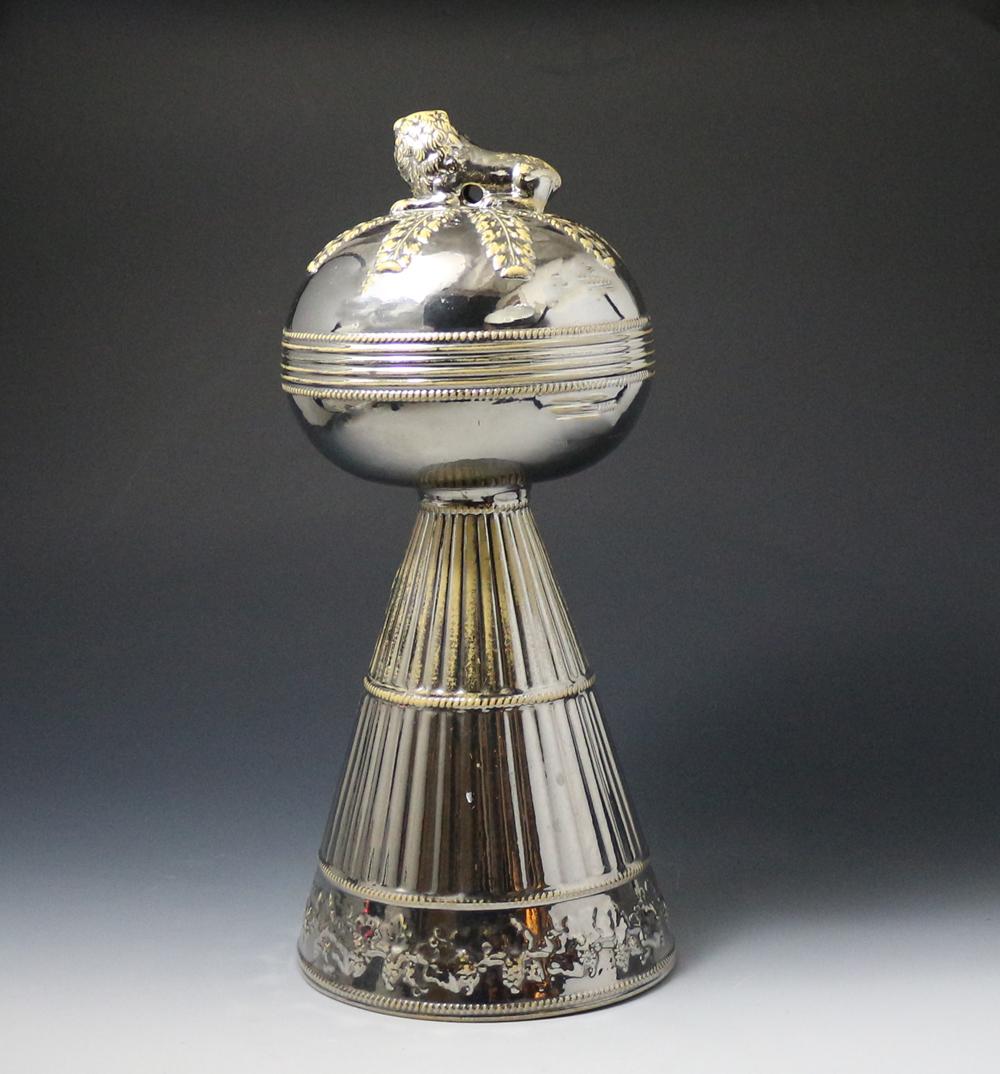 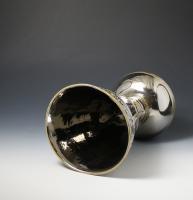 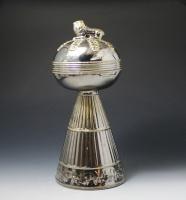 This very rare large scale antique pottery Perdifume was made by Bailey and Batkin of Longton Staffordshire. It is an unusual and rather unique piece decorated in silver luster with a lion seated on the top of the orb. Various models were produced, and this example is the largest, most imposing, and rarest version.

The oval patent seal mark, the Royal Coat of arms, and the lion perched on top of the globe are interesting features, and the conical base is the real triumph, which adds stature and sculptural quality to the piece. One of the rarest and most unusual objects produced in silver lusterware.

This device, with the rather exotic name Perdifume, invented to catch the fumes from gas lights. A hole through the lion's body allows the perdifume to be hung from the ceiling. The patent for the design was taken out in 1824 by Bailey and Batkin. The decorative aspect of the perdifume is inspired by the Royal Orb, which forms part of the coronation ceremony for British royalty.

Current Condition: Rivet repair at base and rubbing to some high relief points.