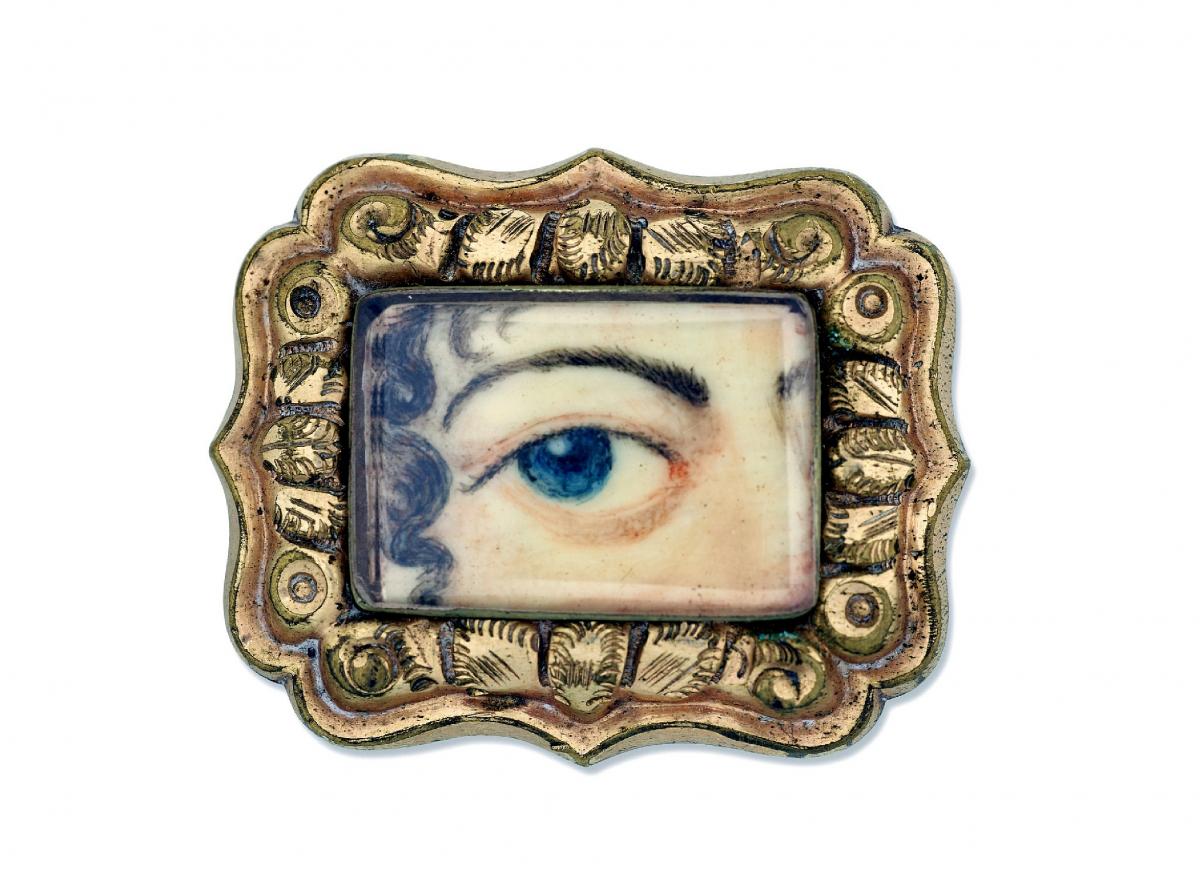 The charming oval-shaped portrait miniature is mounted in a gilt metal repoussé frame with pin back, with leaf design to each side. The portrait is of a woman's right eye and brow showing ringlets of hair hanging down over her ear.

Eye miniatures or Lovers' eyes were Georgian miniatures, normally watercolour on ivory, depicting the eye or eyes of a spouse, loved one or child.

These were usually commissioned for sentimental reasons and were often worn as bracelets, brooches, pendants or rings with richly decorated frames, serving the same emotional needs as lockets hiding portraits or locks of hair. This fad started in the late 1700s and miniaturists such as Richard Cosway and George Engleheart were responsible for some of the first pieces [1]

Eye miniatures are believed to have originated when the Prince of Wales (later George IV) felt the need to send the widow Maria Fitzherbert a token of his love. This gesture and the romance that went with it, was frowned upon by the court, so that a miniaturist was employed to paint only the eye and thereby preserve anonymity and decorum.

The couple went through a form of marriage on 15 December 1785, though all present knew the marriage was invalid by the Royal Marriages Act, since George III had not approved. Reportedly Maria's eye miniature was worn by George IV, hidden under his lapel.

This is regarded as the event which led to lovers' eyes becoming fashionable [2] appearing between 1790 and the 1820s in the courts and affluent families of England, France, Russia and more rarely, America. [3]