Antique English Creamware Armorial Dish, Possibly Melbourne, The Coat of Arms is that of The Chief of Grant. Circa 1800 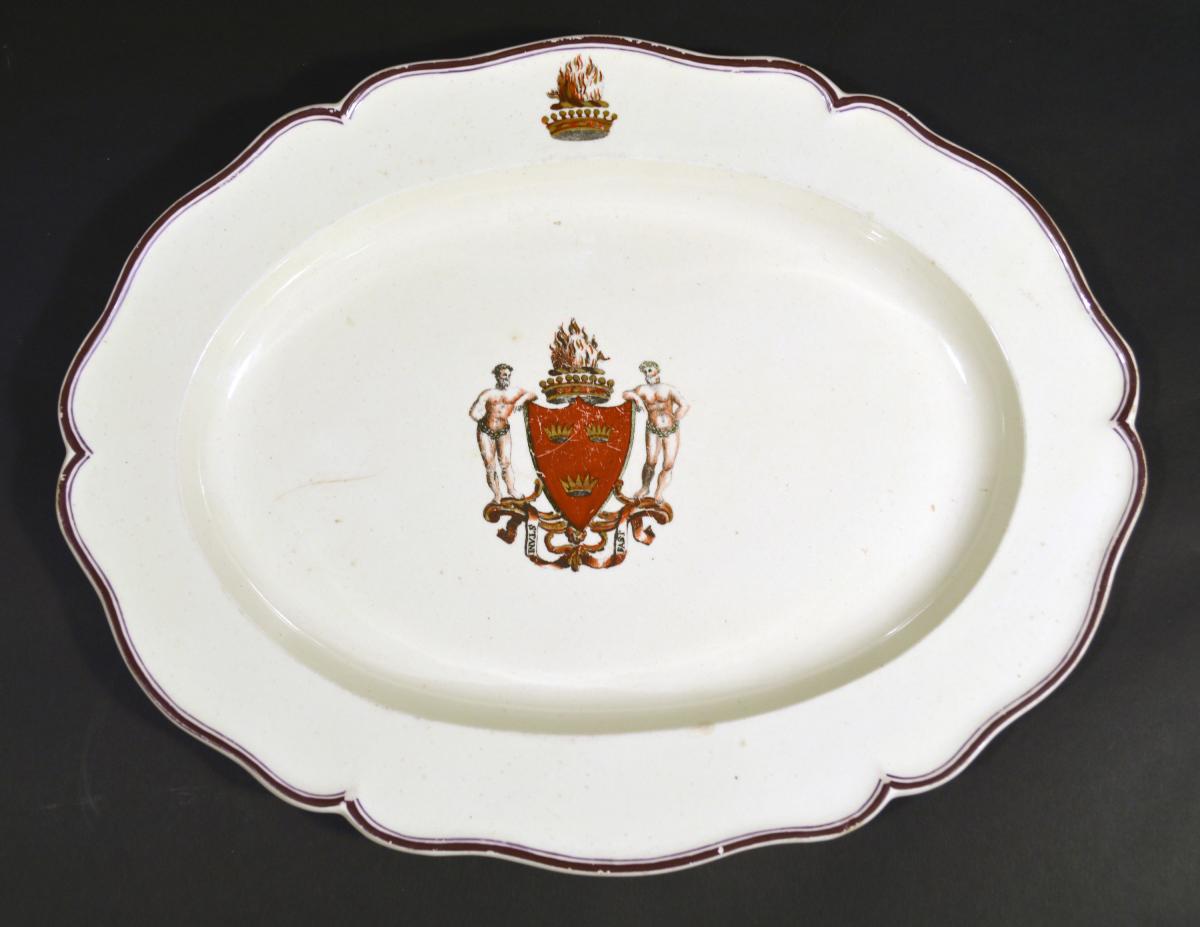 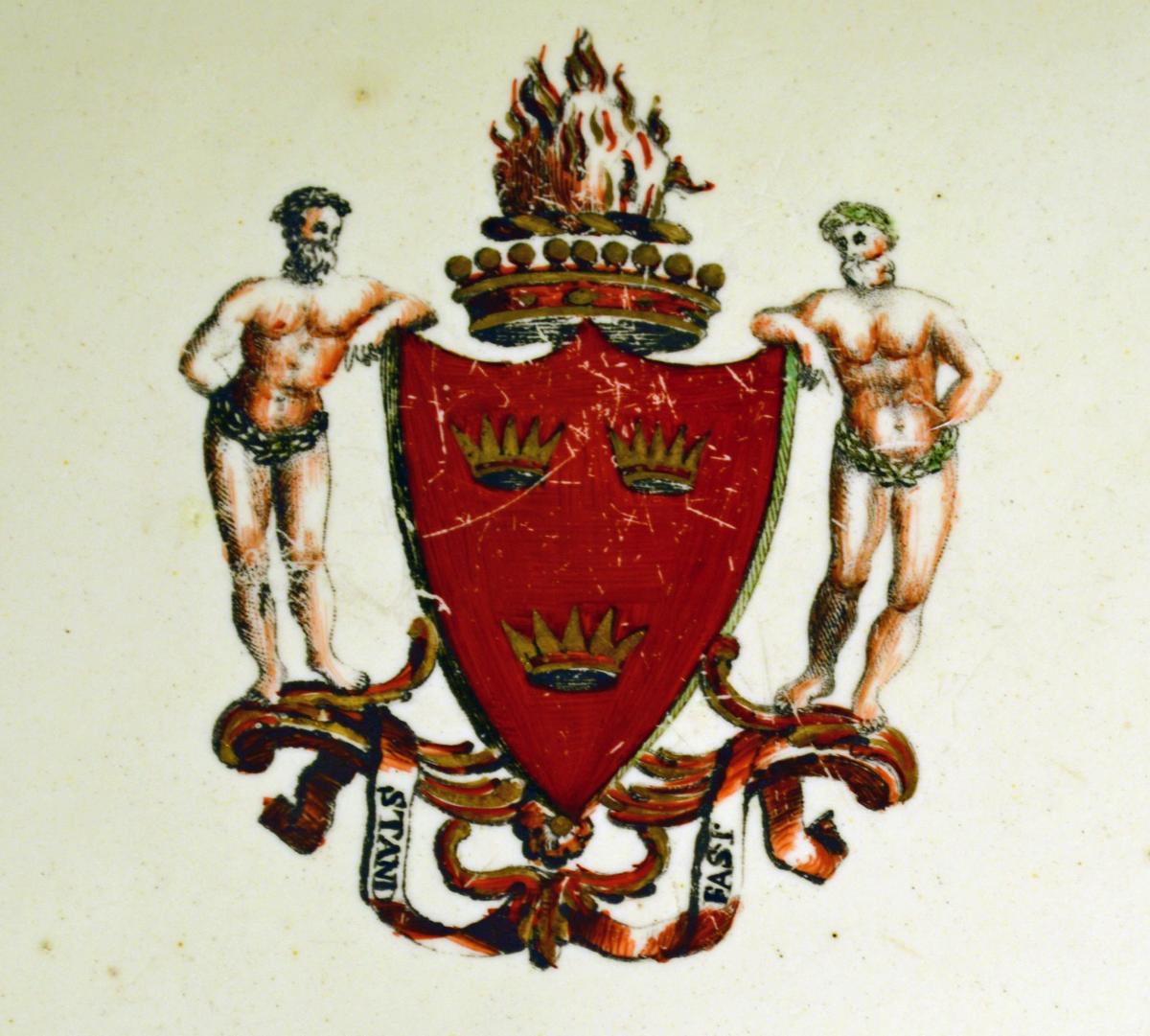 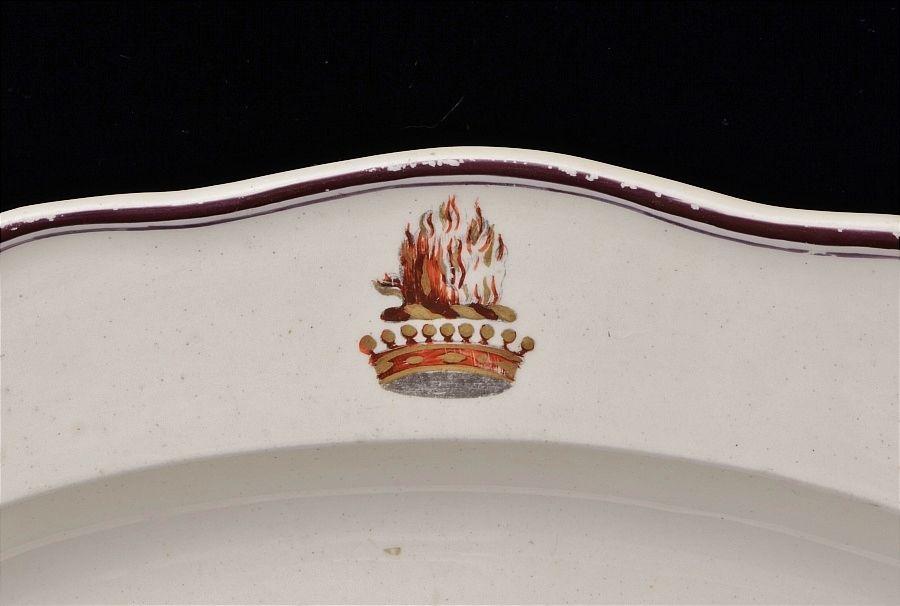 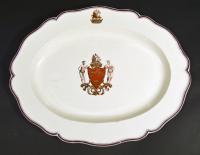 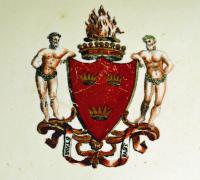 The large dish with a puce band on the border and a central coat of arms and a crest to the upper border.  The Arms are of the Chief of the Grant's.

Reference: See Creamware & Pearlware: The Fifth Exhibition from the Northern Ceramic Society. An Exhibition on Show 18 May- 7 September 1986, The Stoke-on-Trent Museum and Art Gallery. Edited T.A. Lockett and P.A. Halfpenny.

Page 75, #53 for a plate dated 1780.  The authors suggest that the plate in the exhibition has been associated with the Melbourne group but mention that at that time no fragments have been discovered at the site.

The Arms of Grant

According to the Clan Grant website, the Coat of Arms is that of The Chief of Grant. These arms are the Chief's personal arms and should always be identified as such. Only the Clan Chief and his immediate family are authorized to display and wear the Coat of Arms.

The Grant's ancient motto is Stand Fast!, which refers to a historical incident with the Norse King Haakon, considered to be a distant forebear of the Clan, according to the Clan's oral tradition.

As this story goes, Haaken was set upon by a group of enemies at which point he ripped a tree sapling out of the ground and used it to successfully hold off his attackers, all the while exhorting his supporters to stand fast, or not back down from the battle. Stand Fast became the motto of his family and stems from this incident.

The crest: A mountain inflamed, proper represents Craig Elachie (pronounced K-ray-g-EL-uh-hee) the so-called Rock of Alarm, the gathering place for the Clan when the signal fires were lit on its summit to rally the Clan to battle.