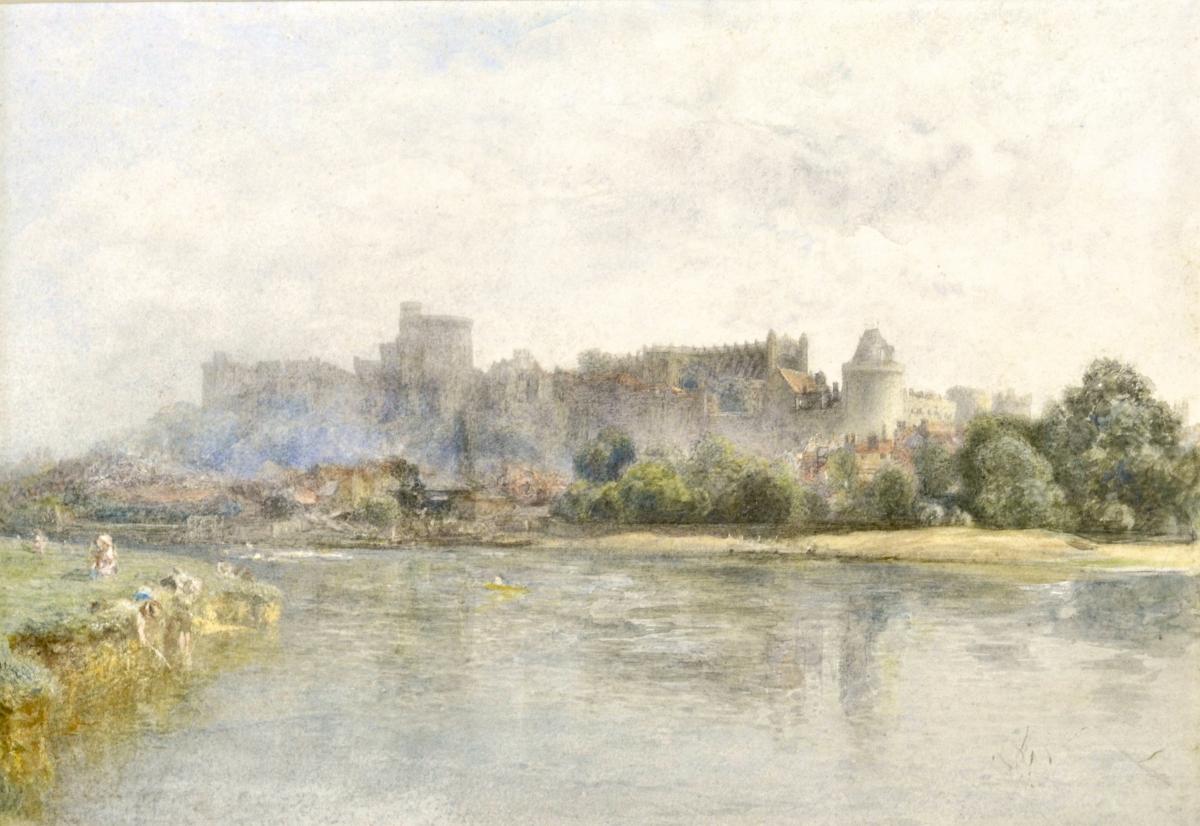 Watercolour heightened with scratching out

Hunt was born in Liverpool in 1830.  He began to paint while at the Liverpool Collegiate School.  However, at his father’s suggestion he went in 1848 to Corpus Christi College, Oxford to study classics.  His career there was distinguished; he won the Newdigate Prize in 1851 for his poem Nineveh, and he became a fellow of Corpus in 1853.  He did not, however, abandon his artistic practice for, encourage by Ruskin, he exhibited at the Royal Academy in 1854, and afterwards contributed landscapes in oil and watercolour to London and other provincial exhibitions.  In 1861 he married, gave up his Fellowship, and in 1862 was elected as an Associate of the Old Water-Colour Society, receiving full membership in 1864.  His work is distinguished mainly by its exquisite quality and poetic rendering of atmosphere.  He was associated with the Pre-Raphaelite Brotherhood, and the extraordinary detail apparent in his landscapes and the careful rendering of grass, leaves and trees is a consequence of this.