Albert Joseph Moore was born in York, the son of the artist William Moore of York and brother of the artists Henry, William, Edwin and John Collingham Moore.  After a brief period of Pre-Raphaelitism, from 1860 he began to exhibit carefully studied aesthetic compositions, combining the influences of Classical Greece with that of Japan.

His later work consists almost entirely of single Grecian figures, or groups of figures, carefully posed in an elaborate design, his prime interest being not subject matter, but of design of composition and harmony of colour.

In 1865 a close friendship developed between Moore and Whistler; Moore introducing Whistler to purely pictorial arrangements of colour and form and Whistler introducing Moore to the art of Japan.  Their friendship lasted until the former’s death in 1893.

As a monogram Moore used the Greek anthemion, which could be incorporated into the design of his pictures.  This may well have given Whistler the idea of using his butterfly monogram.  Like Leighton, Moore made careful studies and drawing for every figure in his pictures, first nude, then draped.

He also made several colour sketches for each picture, and would sometimes complete these later, which accounts for the existence of several versions of the same composition.  Moore was rather reclusive by nature and seldom mixed with his fellow artists or in Victorian society.

He exhibited at the Royal Academy, Royal Watercolour Society and elsewhere and his works are in many public and major private collections. 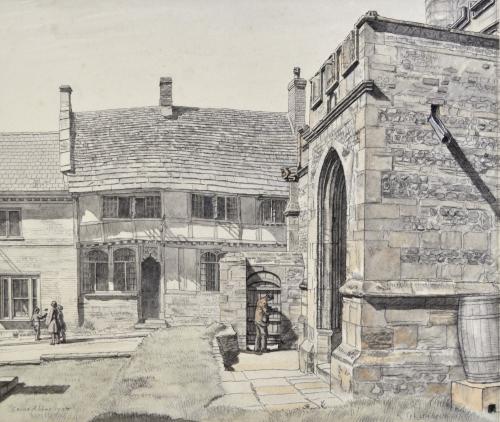 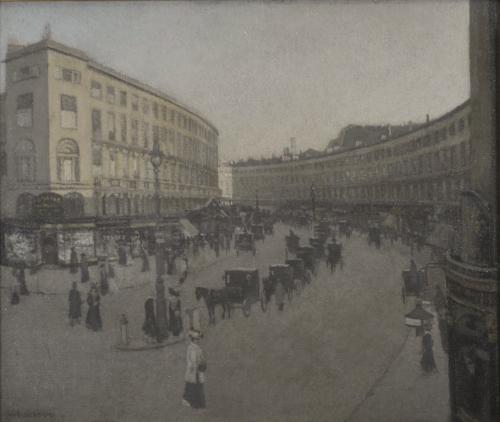 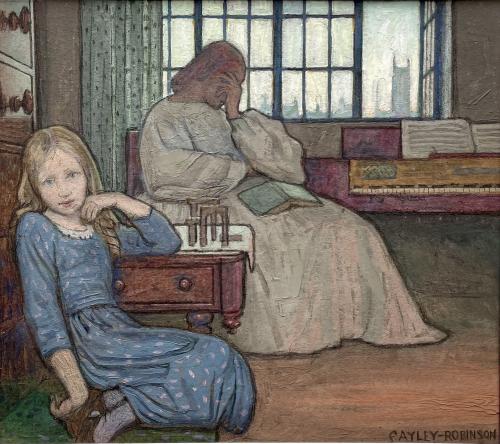