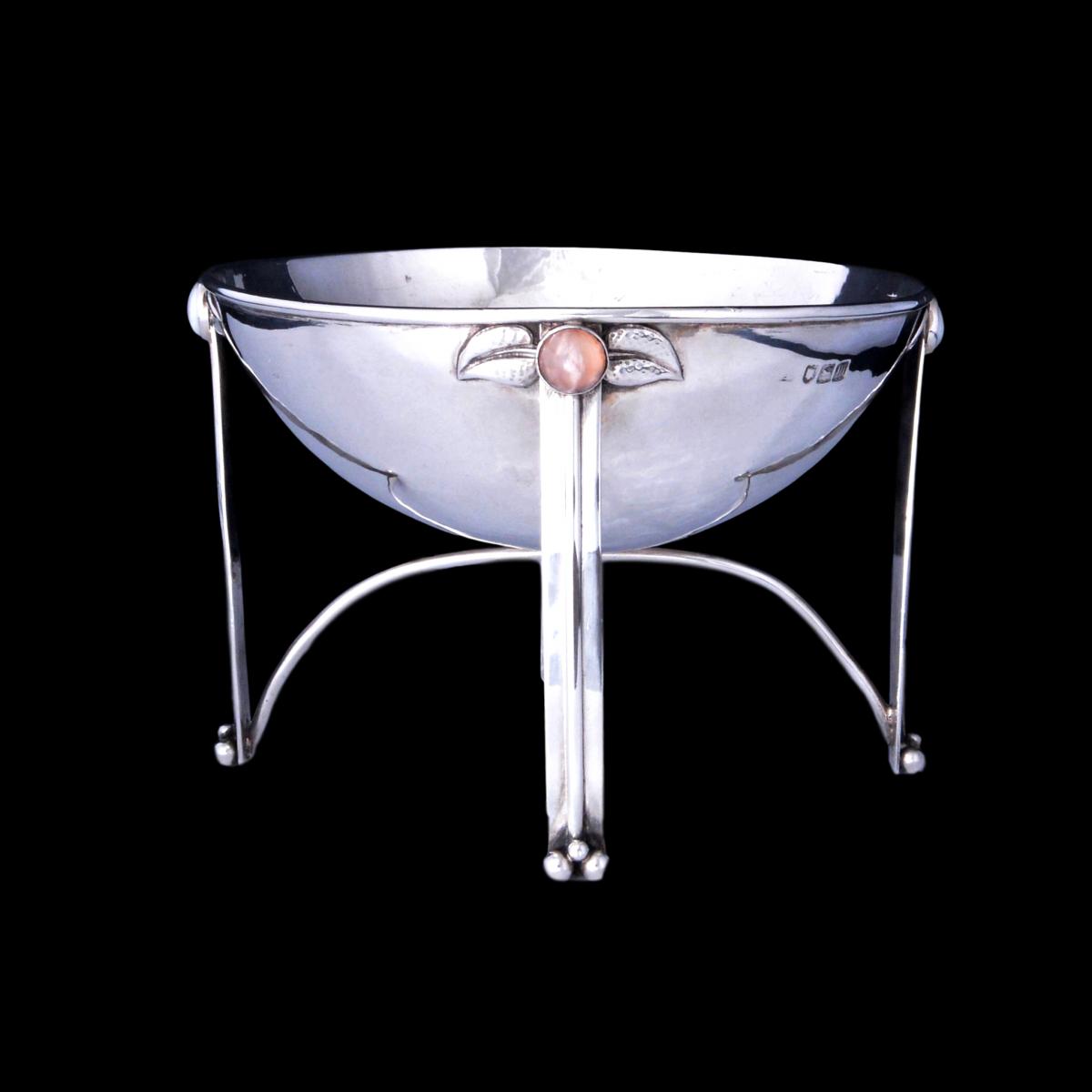 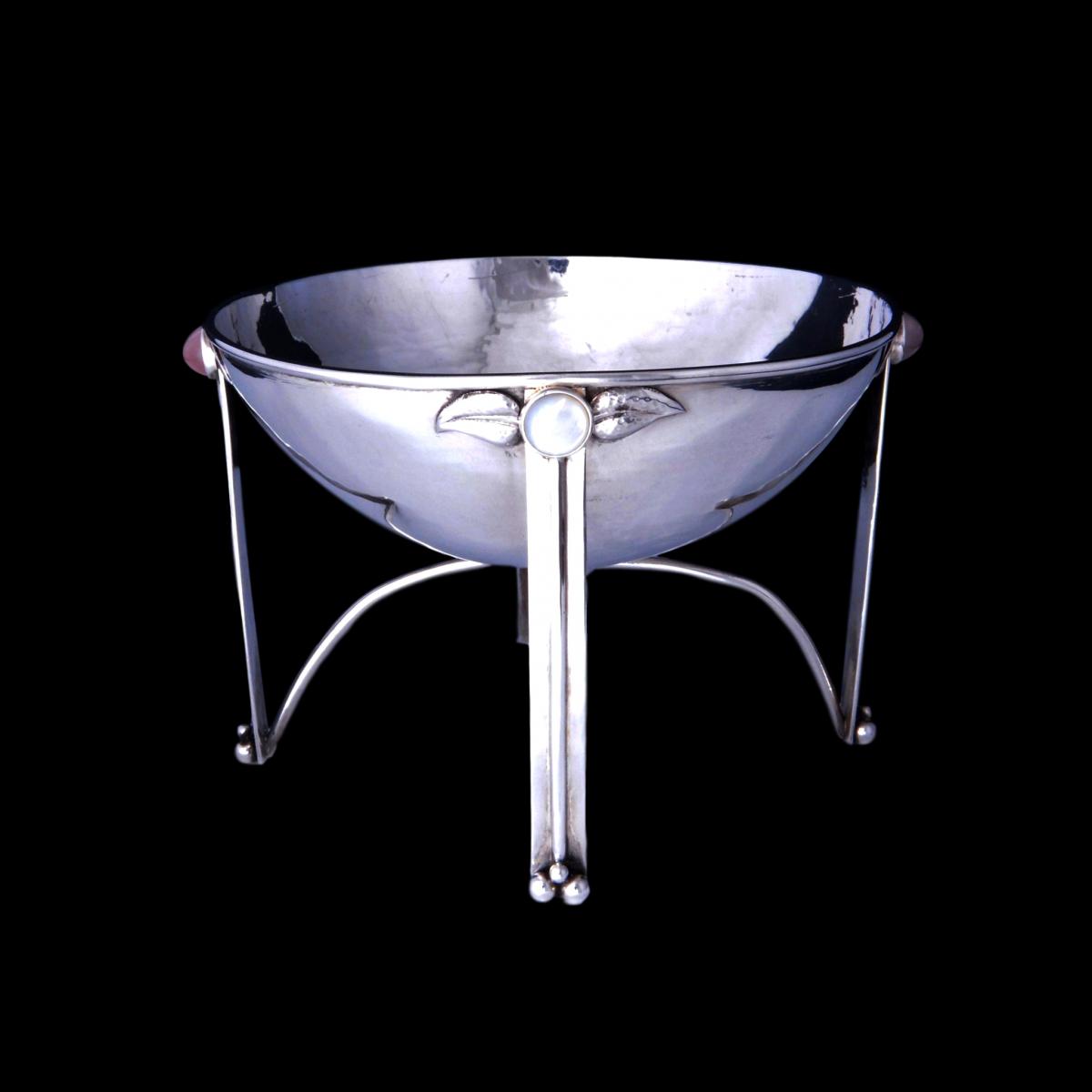 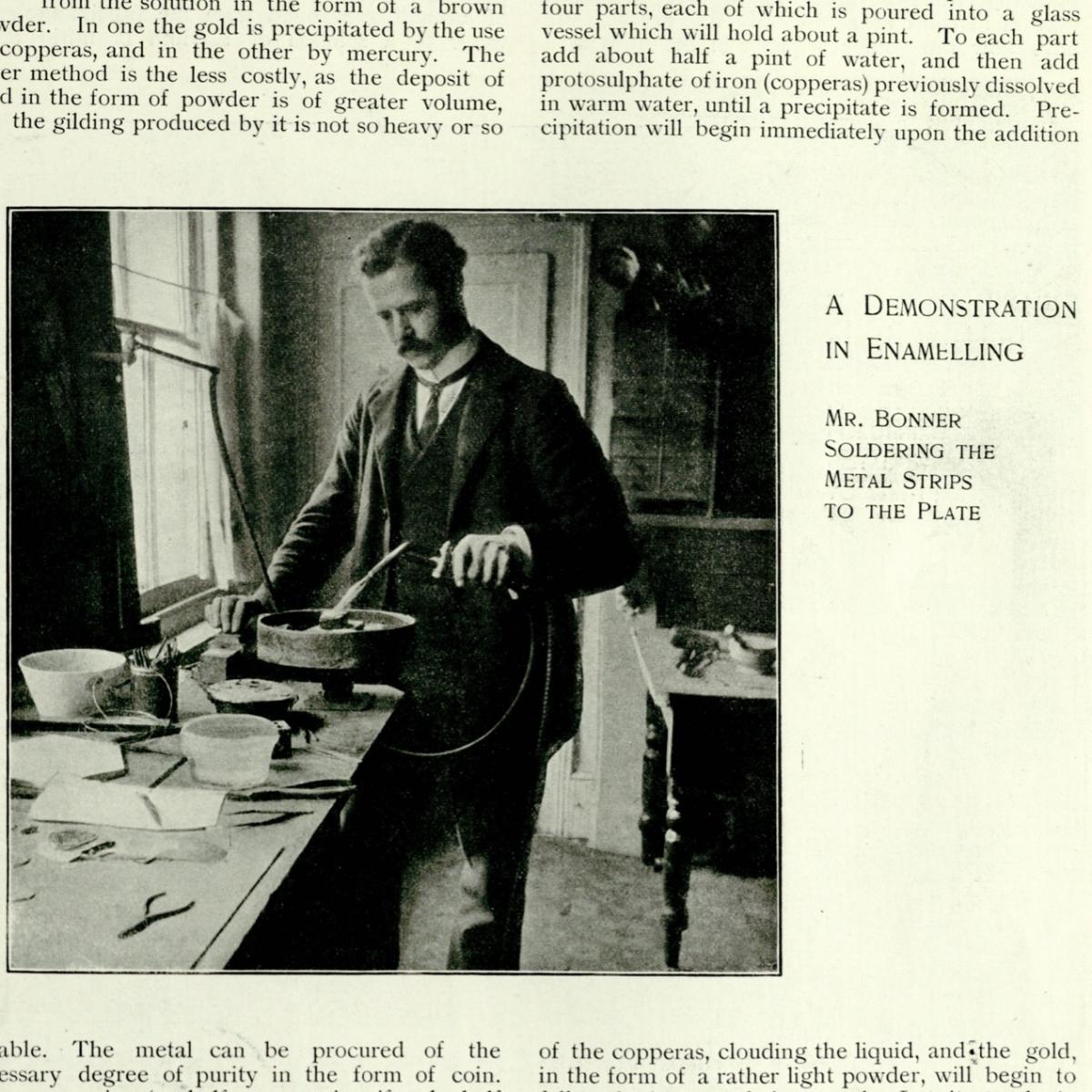 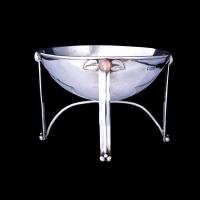 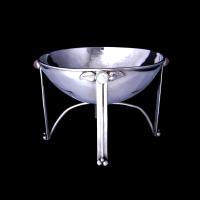 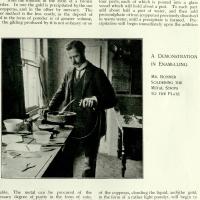 For sale is this silver and stone set bowl by Albert Edward Bonner,  The bowl stands on four feet in a striking modernist arts and crafts style. The rim of the bowl is set with with what I think are pink quartz cabochons and moonstones, each surrounded by stylised leaves.  In excellent condition, the makers mark is legible but quite rubbed.  I think this is perhaps the most interesting and beautiful work I have seen by Bonner.

I have finally succeeded with my research on Bonner.  He was born in Norfolk in 1862 to a farming family.  In the 1891 census, at the age of 29, Bonner was living at home with no occupation given. By the 1901 census (and after his father’s death in 1898)   he is boarding in London and gives his occupation as an “artist painter”  By the 1911 census he is in Kensington and listed as an “Artist metalworker”.  In 1912, at the age of 50,  he married Mary Wright, a minor aristocrat.  Based on the absence of hallmarked Bonner pieces after c 1918 it is assumed he retired from metalwork at that time.  He died in Scotland in 1943, having lived for much of his later years  in Limpley Stoke, Wiltshire.  He was childless.

Bonner was one of those small group of arts and crafts silversmiths who flourished prior to 1914. He was described by the Studio in 1904 as a “designer of and worker in silver and jewellery” based in Kensington.  He was clearly also a skilled enameller  and wrote an article on enamelling for “Arts & Crafts” Journal vol 2, 1905, from which I have reproduced what I believe is a previously unknown photo of Bonner.