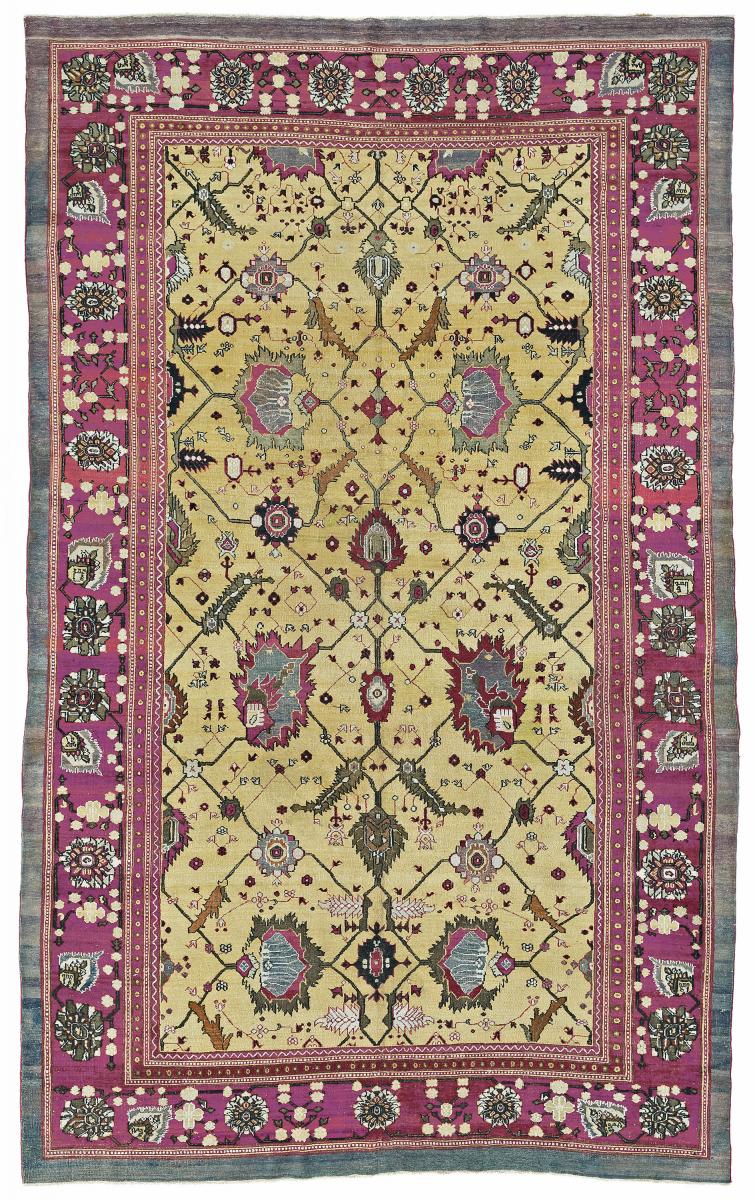 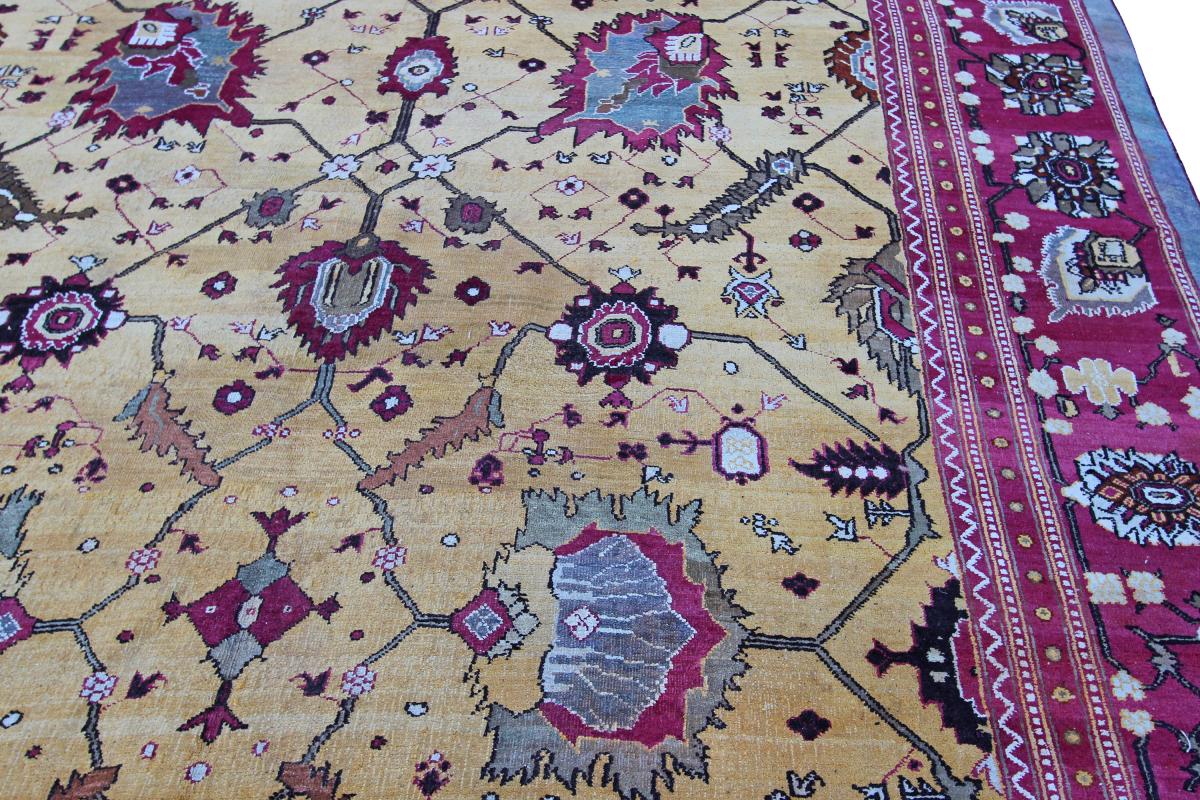 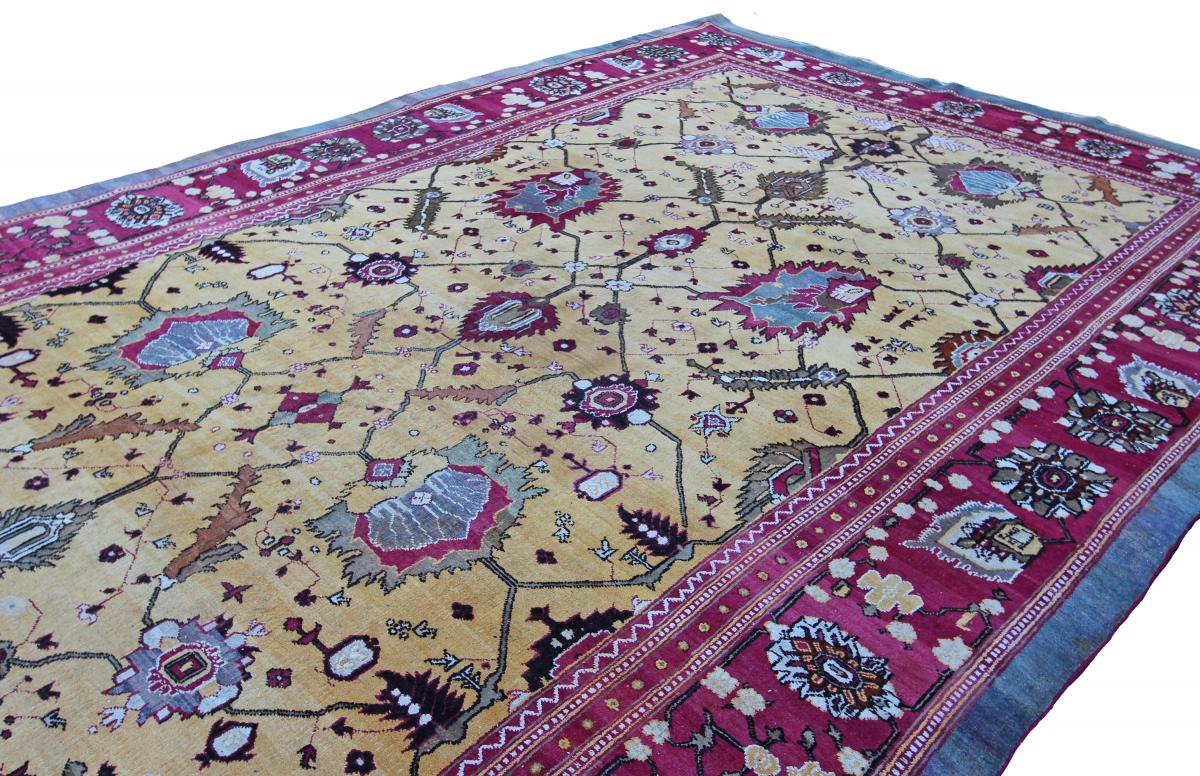 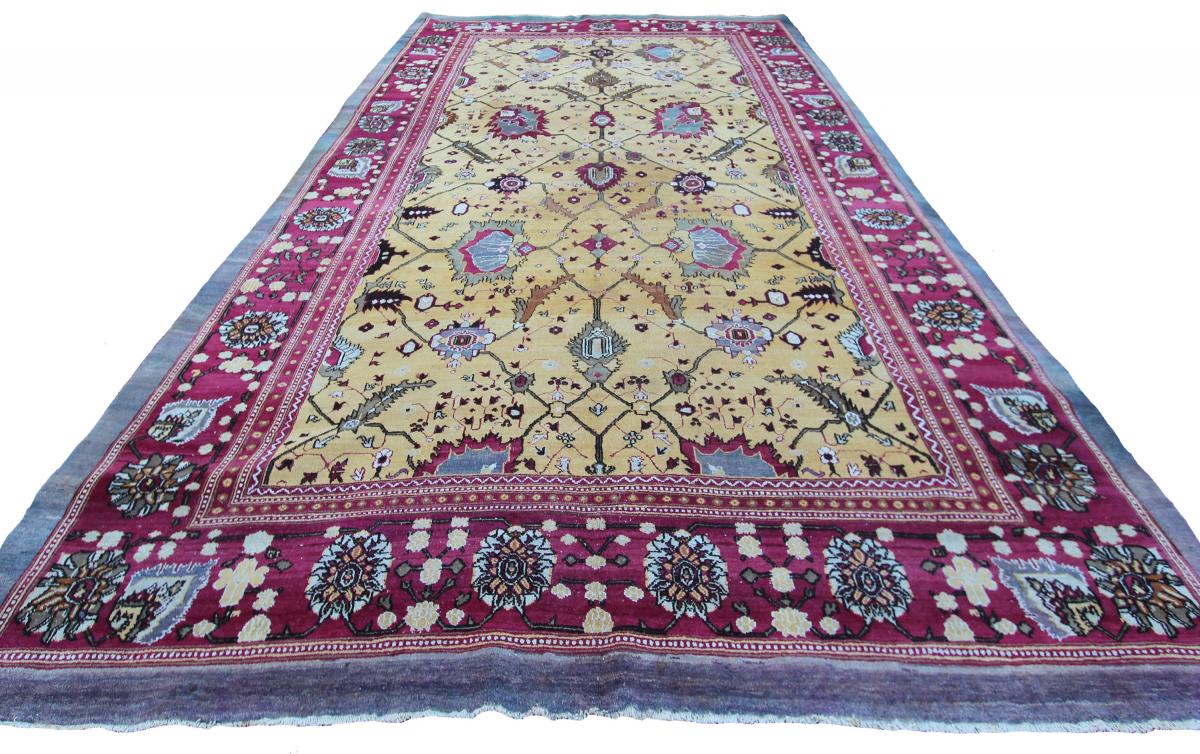 A breathtaking antique Agra carpet with a rare soft yellow main background.  The large floral palmettes in the main field are well spaced out and beautifully drawn using soft grey/mauve tones.  The outer border colour is also a mixture of greys, mauves and soft purples.

The large soft pinky red border compliments the other colours extremely well.  The overall composition is fantastic as we are sure you would agree from the photograph, a rare carpet in excellent condition.

The wool pile is high nearly all over with no areas of damages and just minimal lower areas.  Agra carpets are known to be tough, durable and decorative carpets and in the 1880-1900 their weaving was at its height and produced outstanding carpets of this calibre.

The Indian city of Agra in the late 19th century was an area where carpet weaving began to excel, as carpets and rugs were comissioned for the western market.

Persian designs were used, but like Ziegler carpets the designs were generally enlarged to show beautiful palmettes and vines with mainly reds, purples, greens and ivory as the predominant colours.

From the 16th century, during the Mughal Empire carpet weaving was influenced by the Persian weavers which resided in Agra, India.  Designs on Agra carpets vary considerably, but Persian floral motifs from Tabriz and Ziegler were often used.

The British revival in the 19th century bought back the production of oriental rugs after the collapse of the Mughal Empire due to high demand for export.

We offer the service of viewing any of our carpets & rugs in-situ in London, Surrey, Hampshire & the UK by appointment. Please contact us to arrange a time to view this antique Agra carpet in our barn showroom or in your own home at a convenient time.

This late 19th century Agra carpet is in wonderful original condition with only minimal lower areas of pile in places. Please do view all the additional photographs to see the condition close up. There has been no major restoration and no stains or damage.