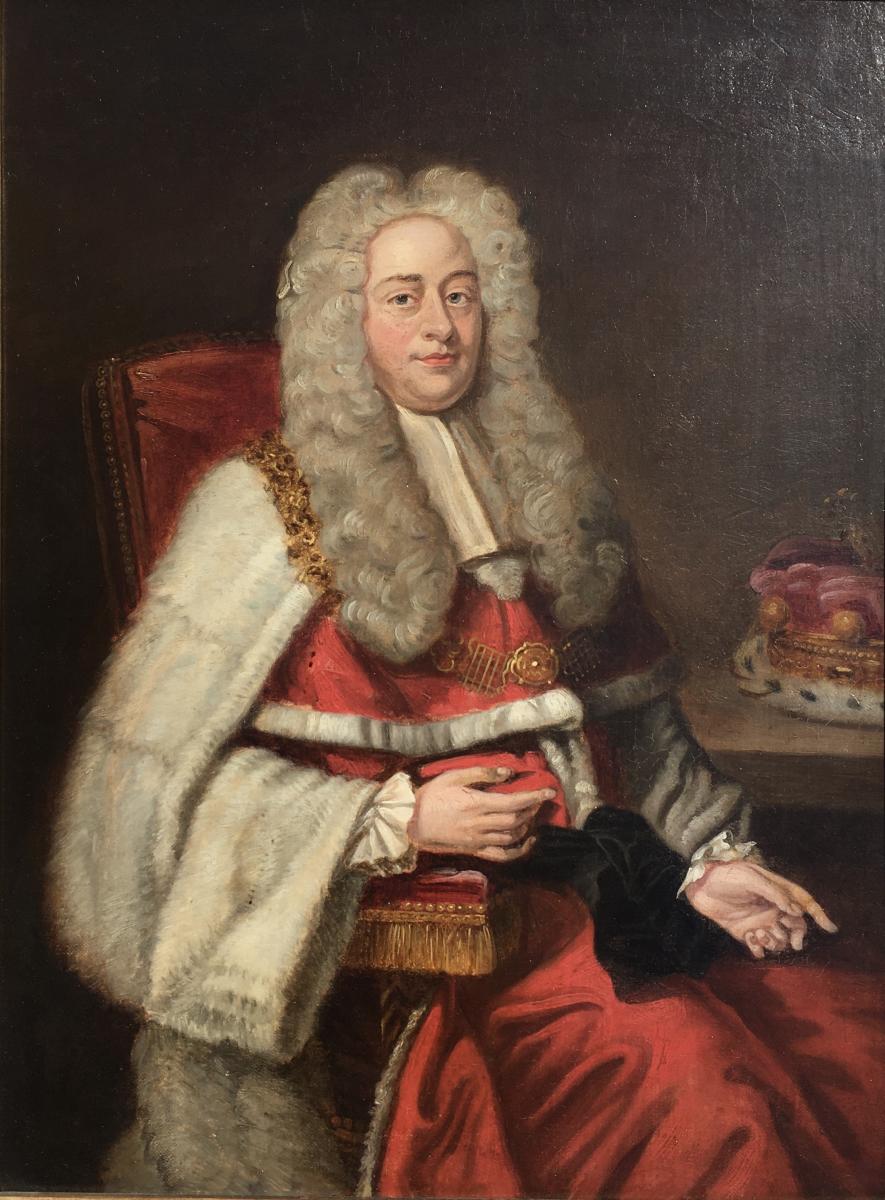 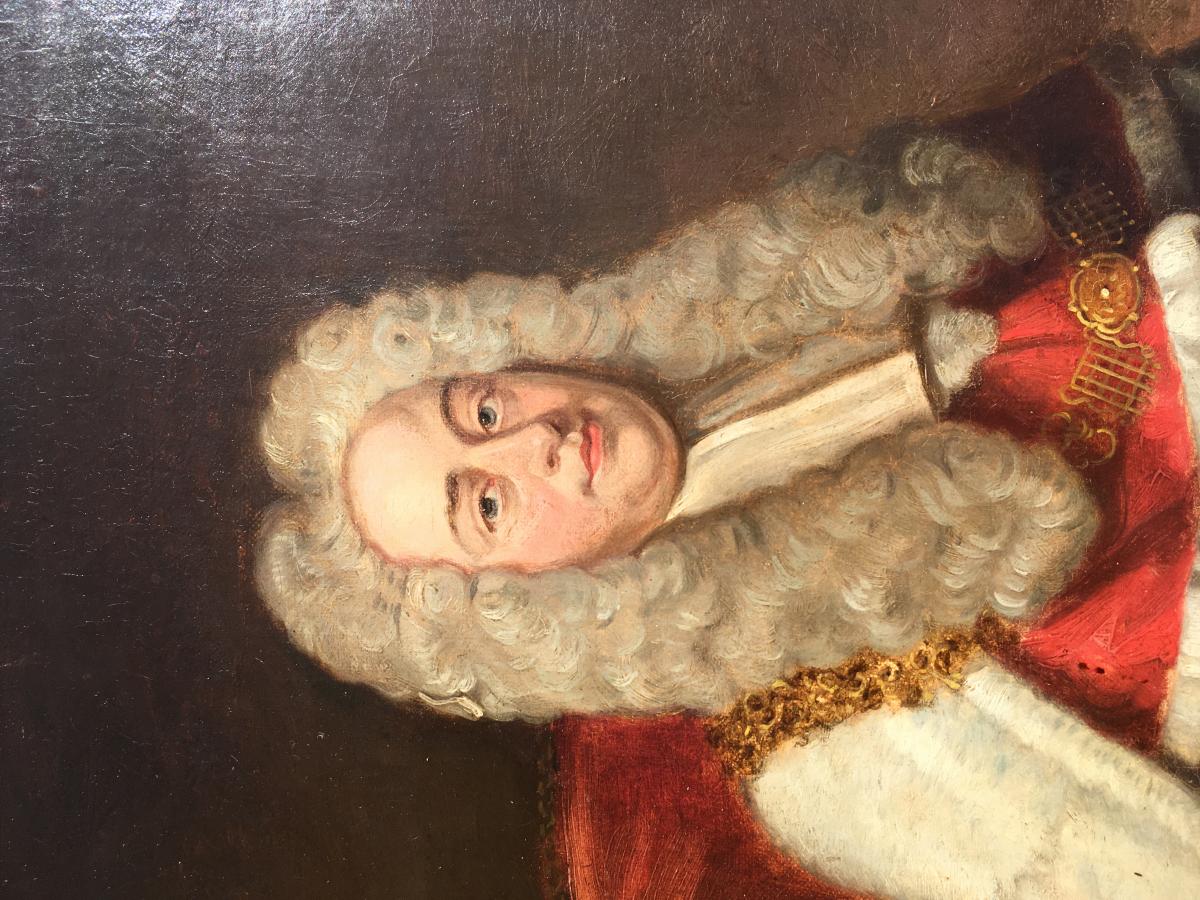 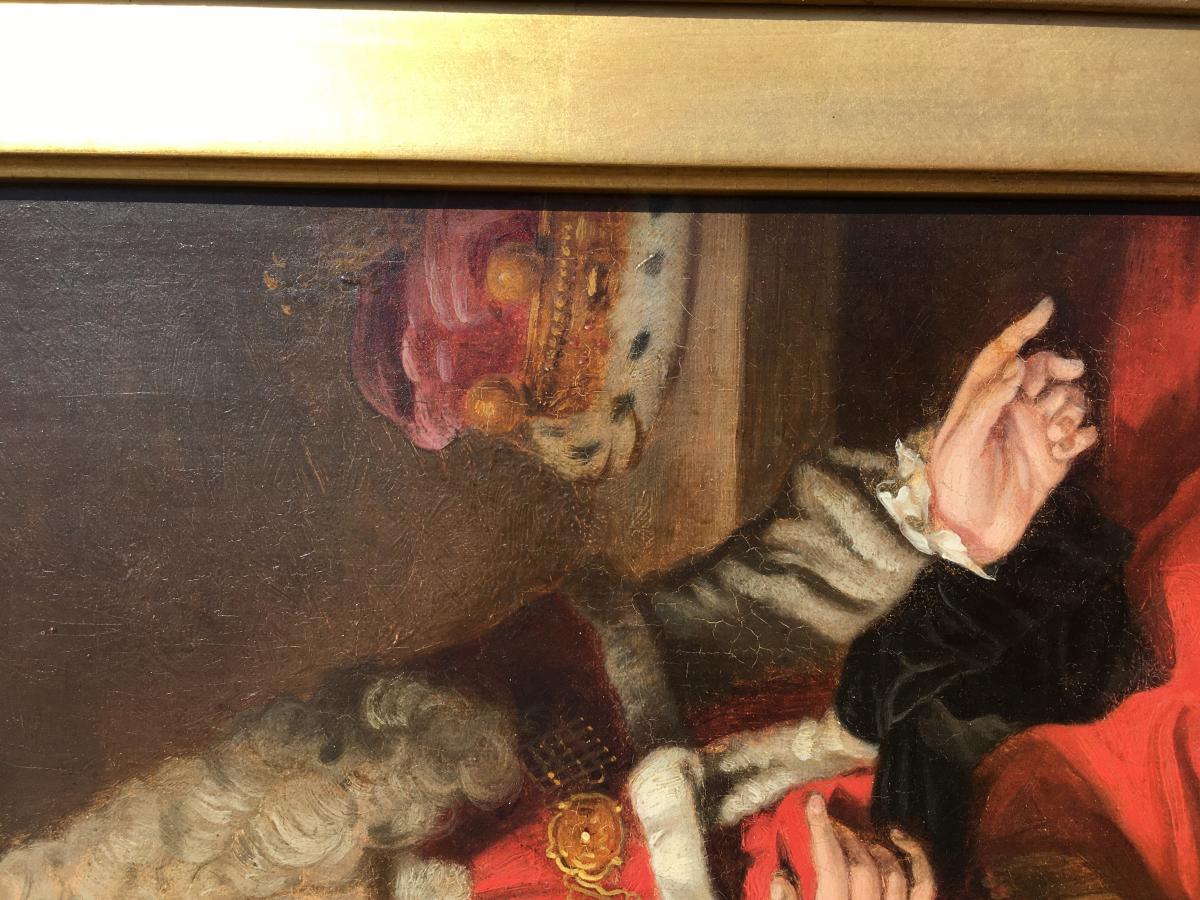 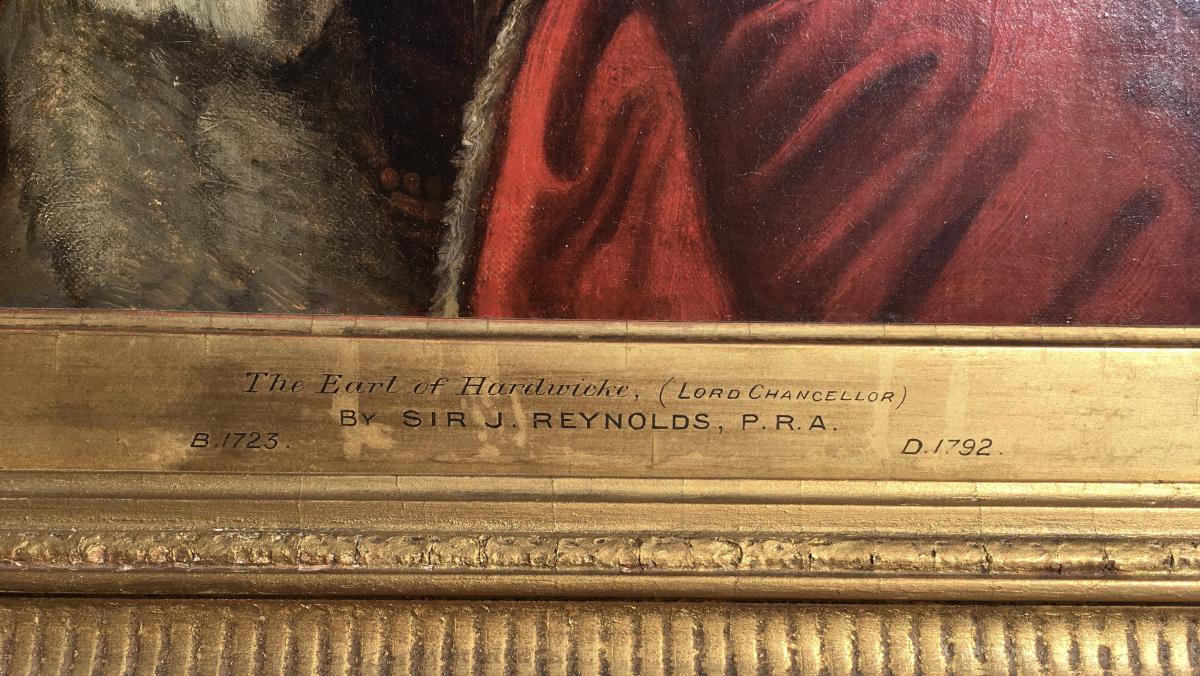 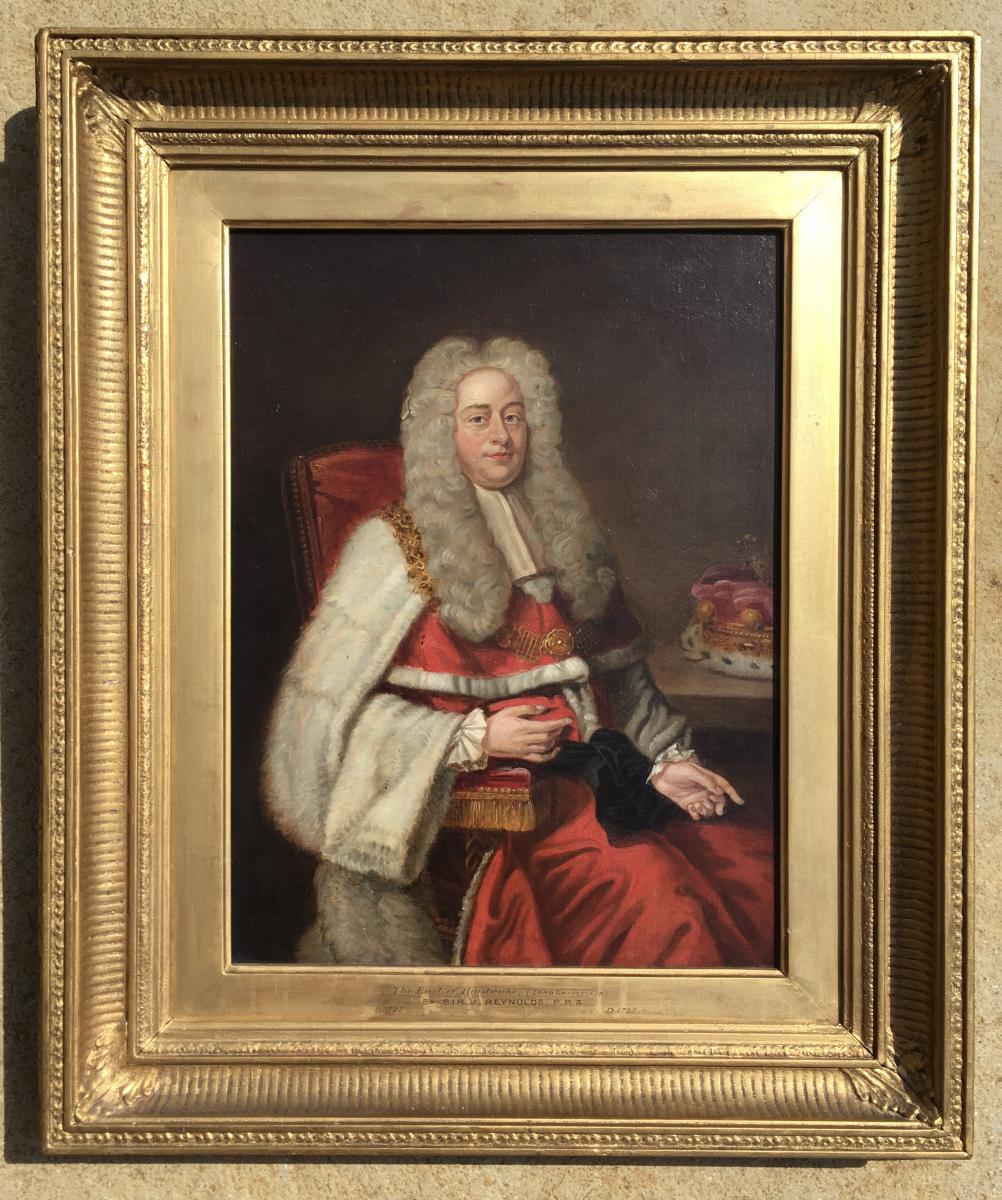 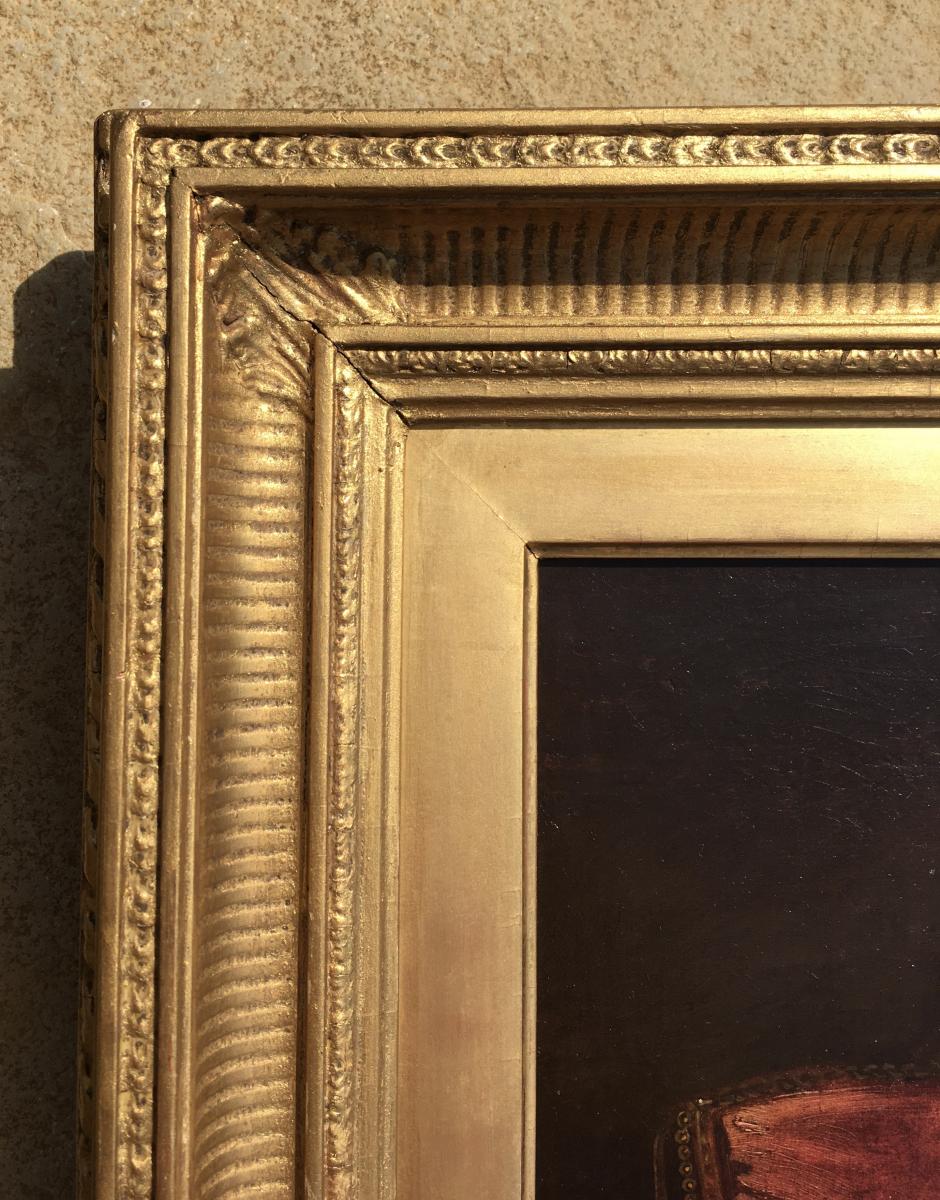 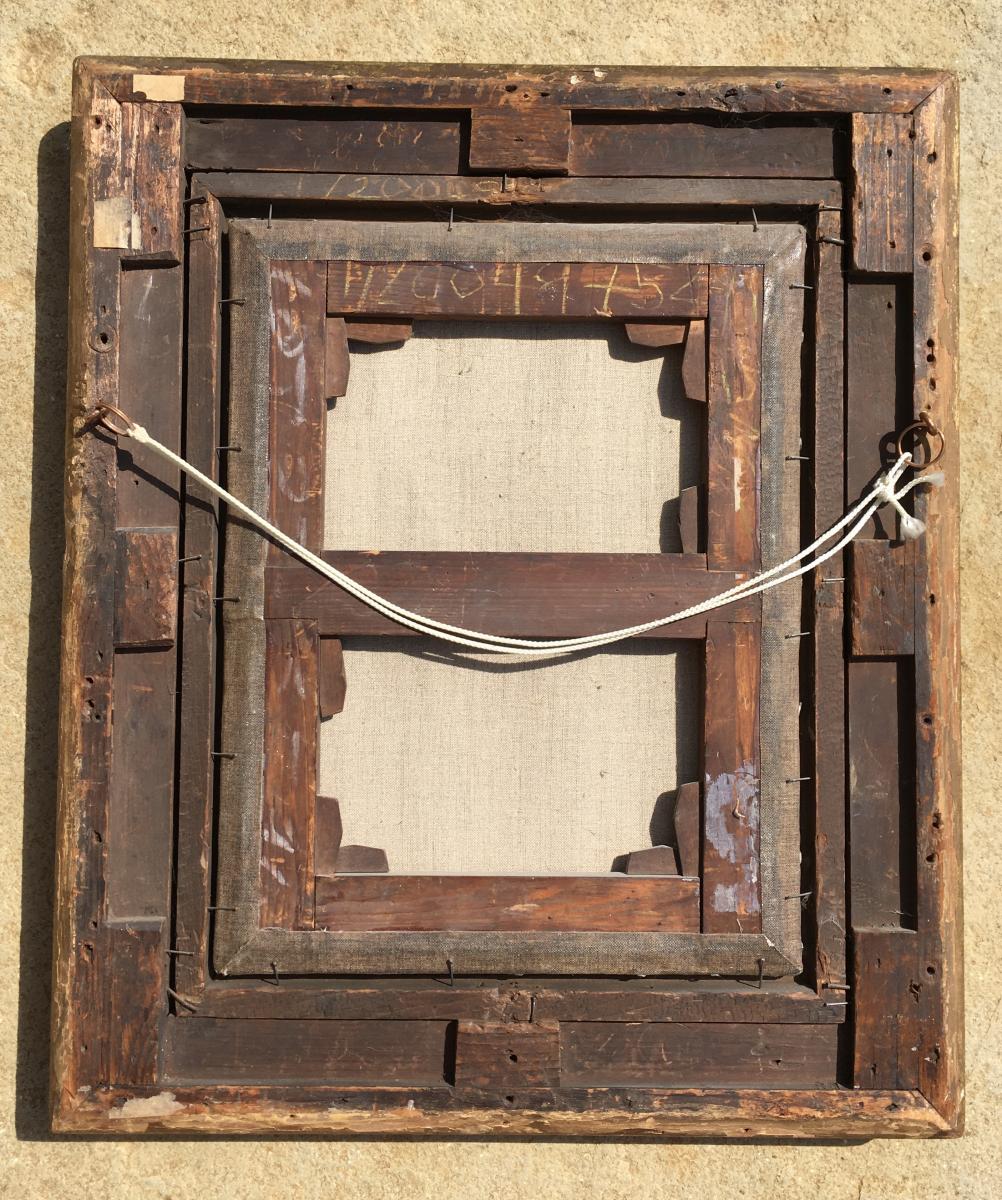 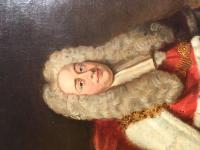 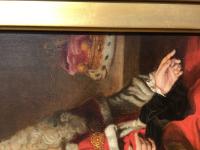 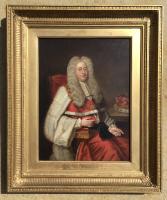 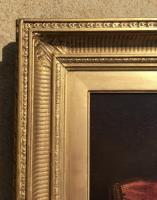 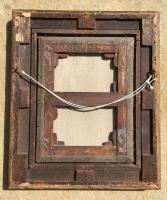 The identity of the artist and the sitter of this portrait can be identified from an engraving in the collection of Print Room of the British Museum.  The 1735 engraving by John Faber the younger, after Michael Dahl’s portrait of Philip Yorke, Lord Hardwicke, shows the sitter in his baron’s robes and wearing the chain of office of Lord High Chancellor of Great Britain.

Philip Yorke, 1st Earl of Hardwicke (1690-1764) was called to the bar in 1715 and entered parliament in 1719 as member for Lewes.  He was appointed solicitor-general and knighted in 1720.  In 1733 be was appointed Lord Chief Justice for the King’s Bench and with the title of Lord Hardwicke was sworn into the privy council and entered the House of Lords.  In 1737 he succeeded Lord Talbot as Lord Chancellor, thus becoming a member of Walpole’s cabinet.  He then served as Lord Chancellor for the following administrations of Spencer Compton, Henry Pelham and the Pitt-Newcastle ministry.  He retired in 1756.  His country property was Wimpole Hall, Cambridgeshire.

The inscription on the frame incorrect identifies the artist as Sir Joshua Reynolds. 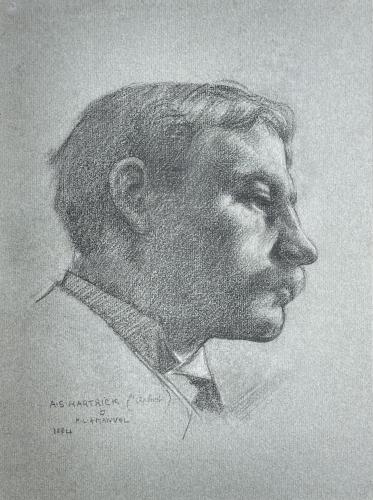 At the Dancehall by Jerry Critchlow
Sarah Colegrave 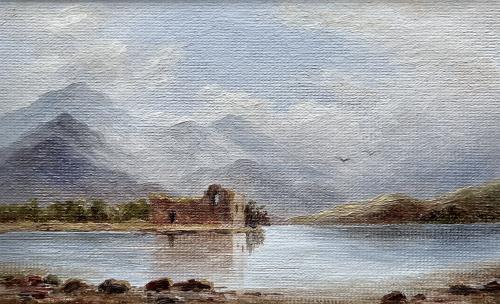