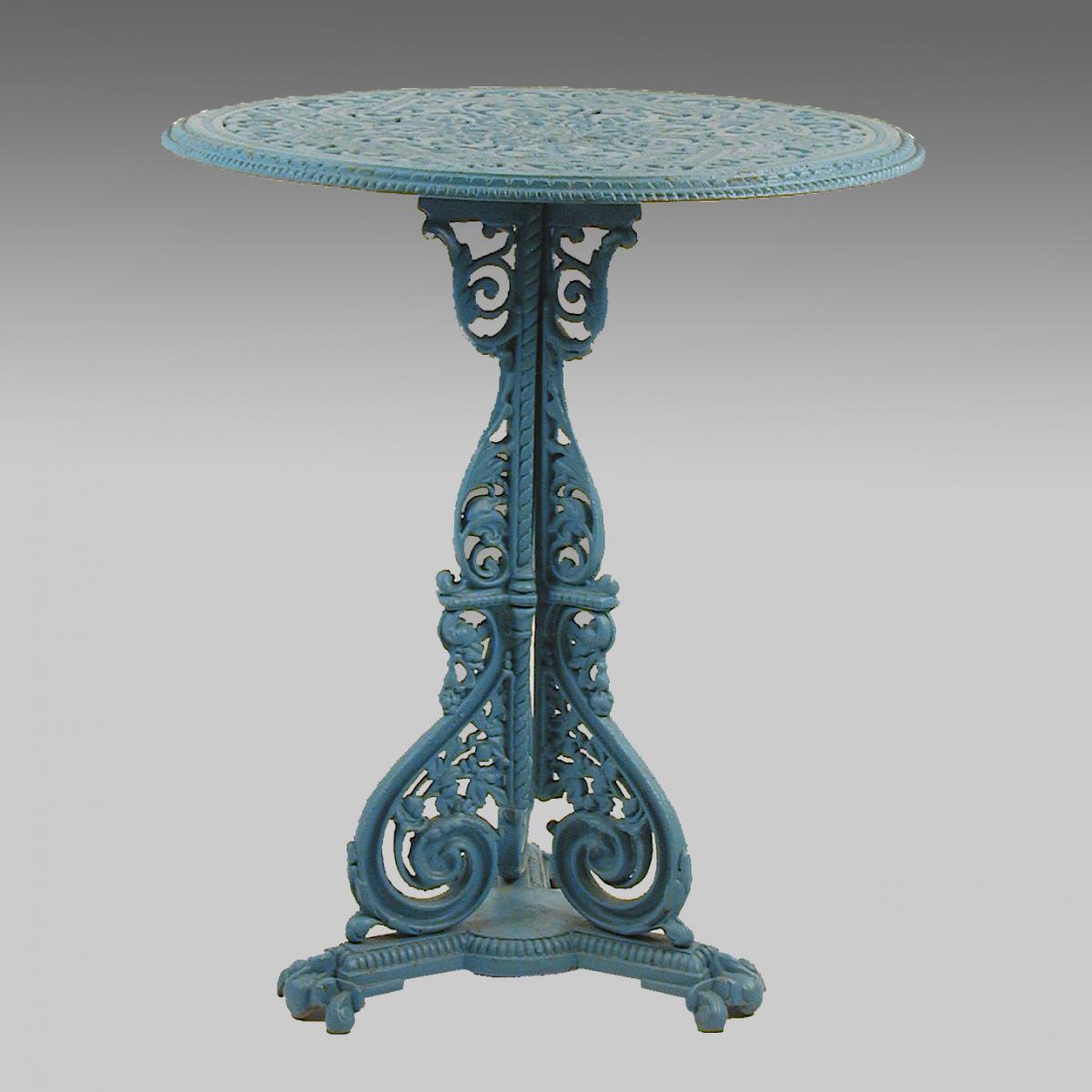 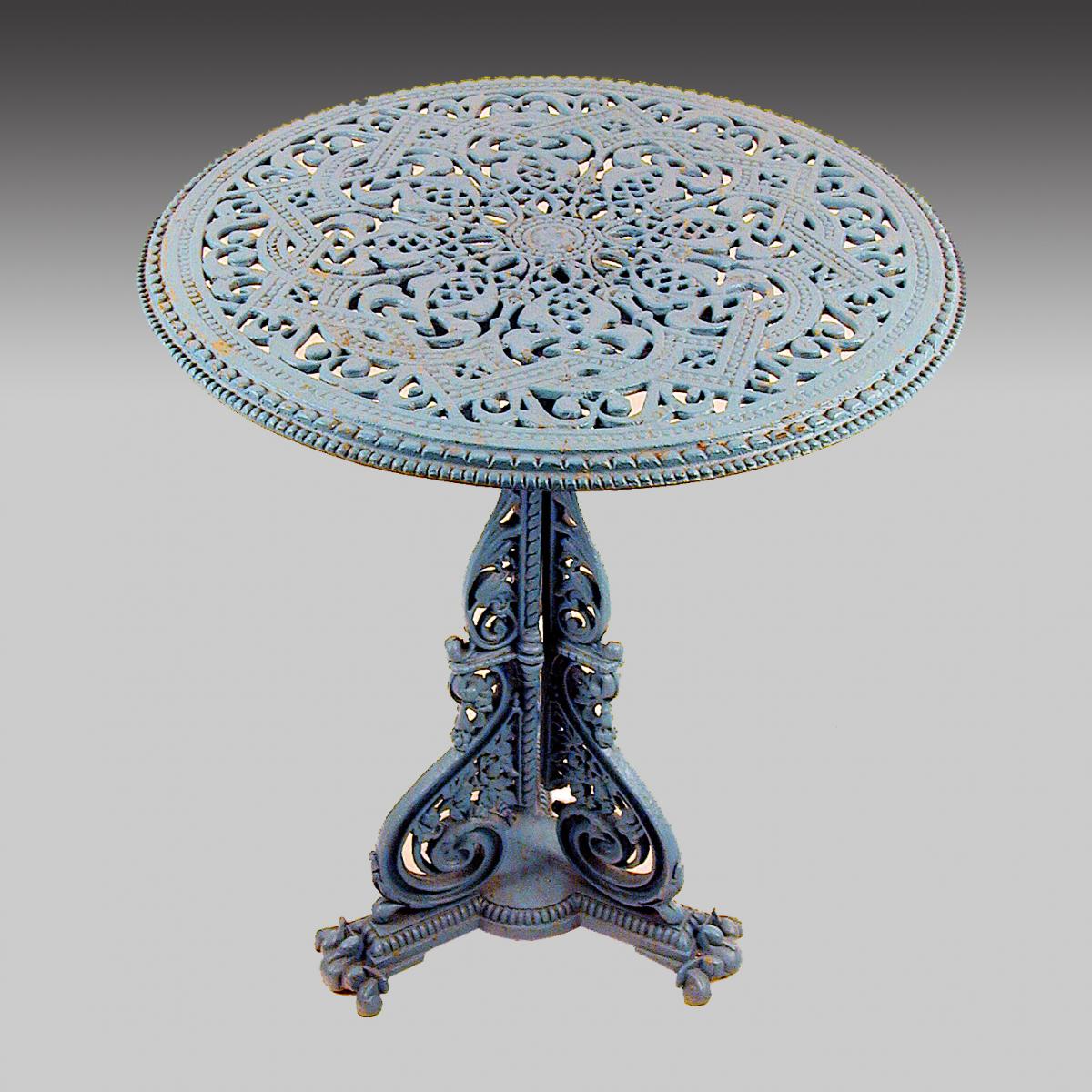 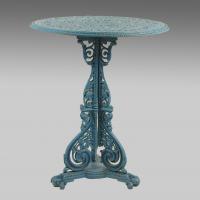 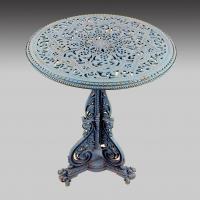 Aesthetic Movement cast iron table after a design by Christopher Dresser, the circular pierced top with interlaced and geometric shapes above a scroll and foliate base with stylised swan supports and central rope column to tripartite platform base.

Bears an impressed Victorian registration mark. As made by COALBROOKDALE CO.

Founded in the early eighteenth century, the pioneering ironworks of the Industrial Revolution at Ironbridge, Shropshire, had by the early nineteenth century reached a low ebb in its fortunes; in 1830 Abraham Darby IV and his brother Alfred took control and reversed the downward trend.

Among the new ventures was the manufacture of artistic and ornamental castings, initiated in 1834 and continued until World War One.

Prominent Victorian designers worked for the company, including John Bell, whose work was acclaimed at the Great Exhibition in 1851; Christopher Dresser, who provided designs from 1867 to 1887; M.B. Adams; W.R. Lethaby; B.J. Talbert; A. Stevens; A.E. Carrier-Belleuse; George Walton and A.H. Mackmurdo.

The company exhibited at many of the major exhibitions, including London in 1851, 1862, 1871; Paris in 1855; and the 1890 Arts and Crafts Exhibition Society. Although absorbed by Glynwed International in the late twentieth century, decorative cast iron is no longer produced under the Coalbrookdale Co. name.