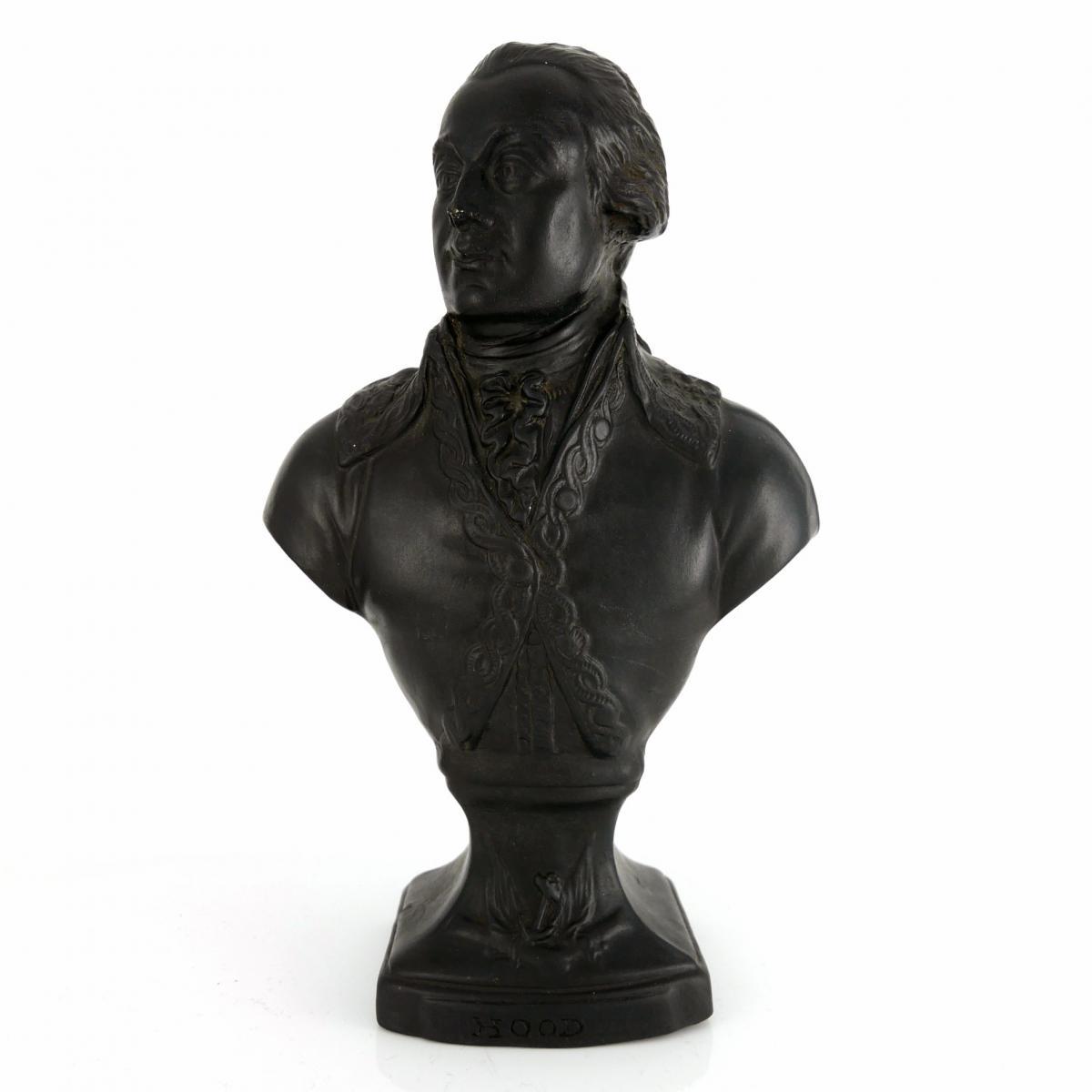 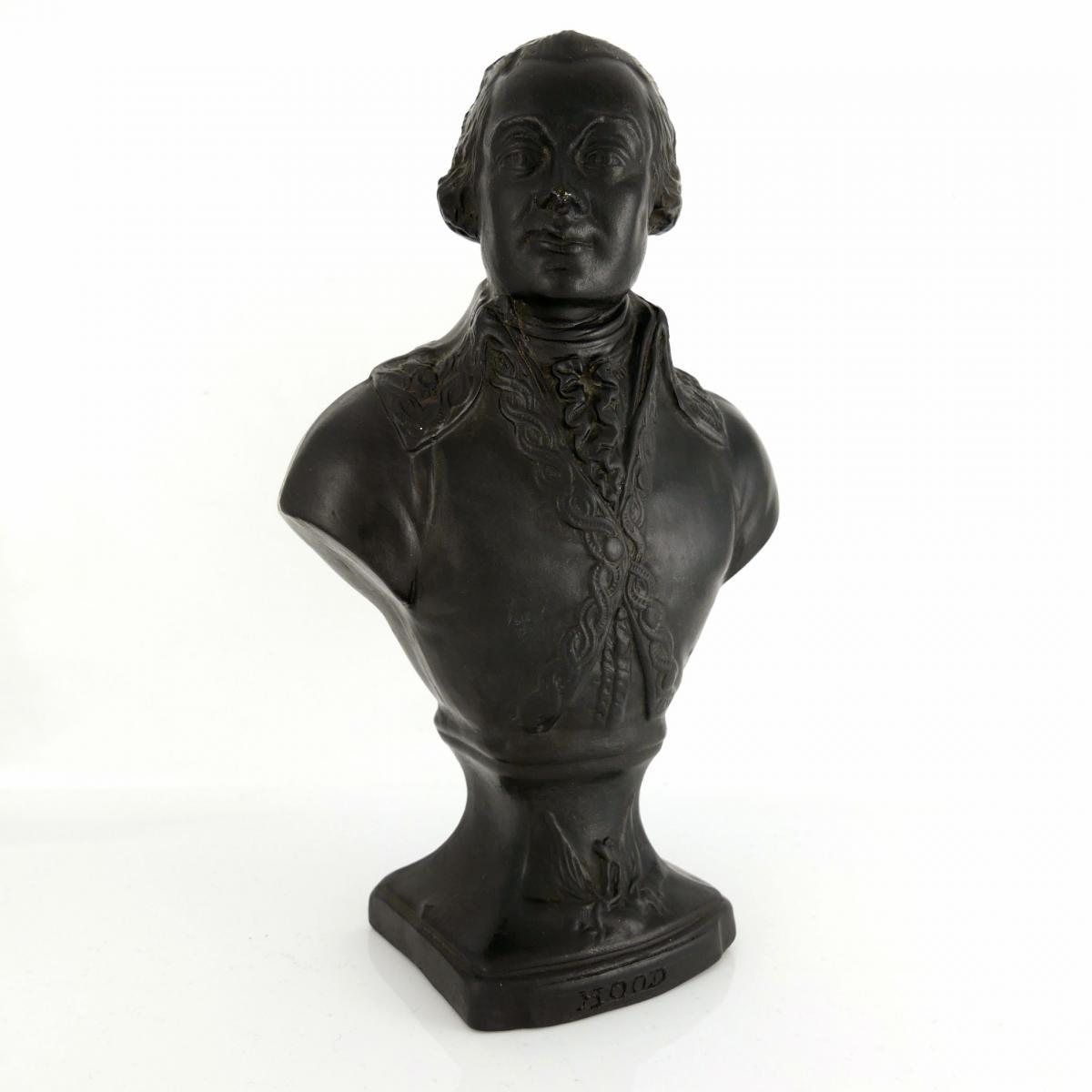 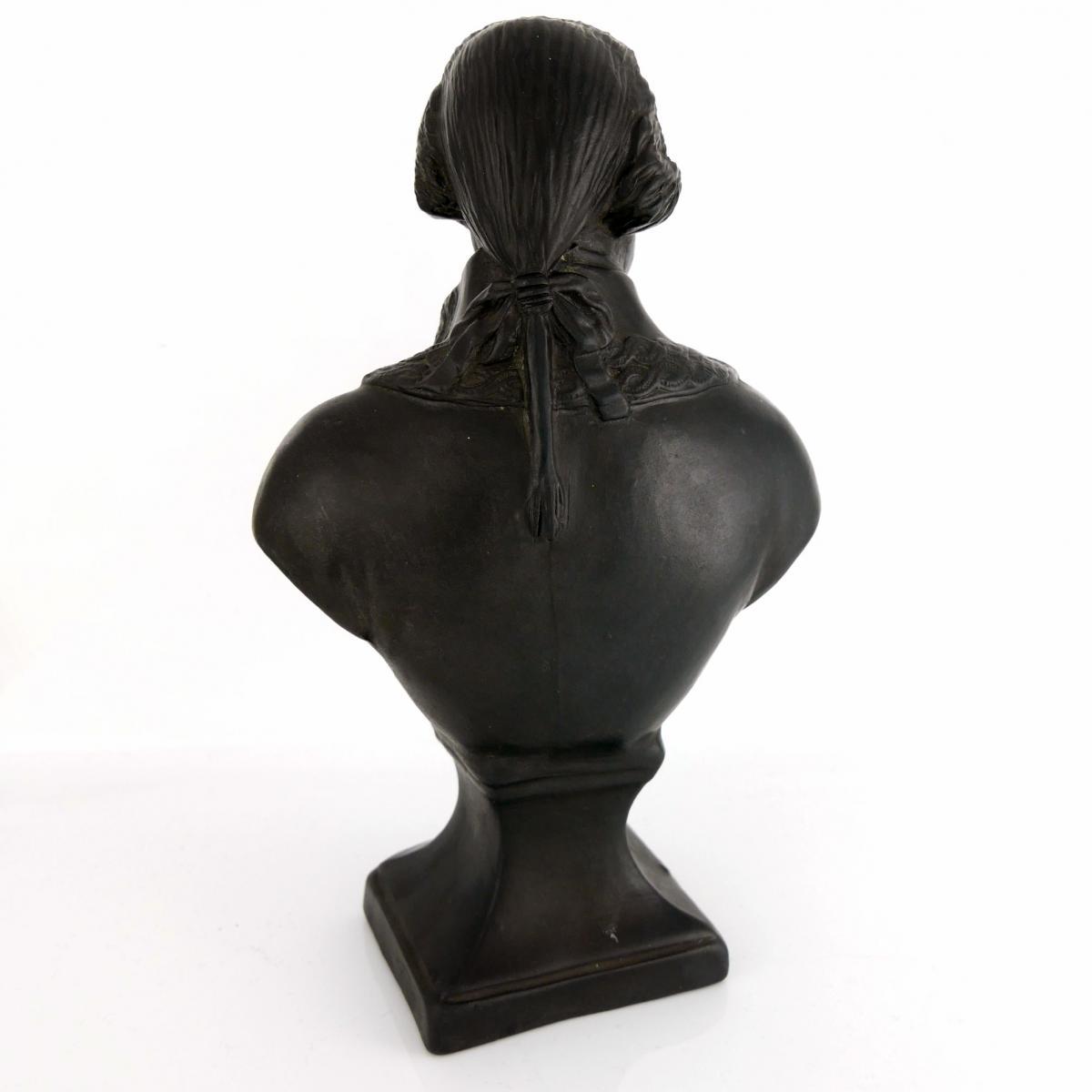 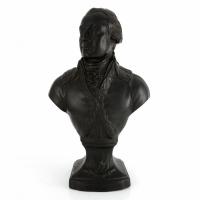 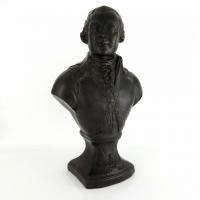 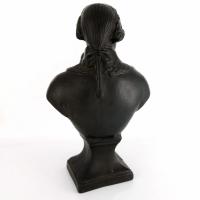 The present bust belongs to a group of busts of naval heroes thought to have been modelled by Pierre Stephan. He was employed at the Derby factory, and at the short lived Wirksworth factory, in the Derbyshire town of the same name. He is also known to have supplied models to Josiah Wedgewood.

Admiral Samuel Hood, 1st Viscount Hood (1724-1816) was a Royal Navy officer. As a junior officer he saw action during the War of the Austrian Succession. While in temporary command of HMS Antelope, he drove a French ship ashore in Audierne Bay, and captured two privateers in 1757 during the Seven Years' War.