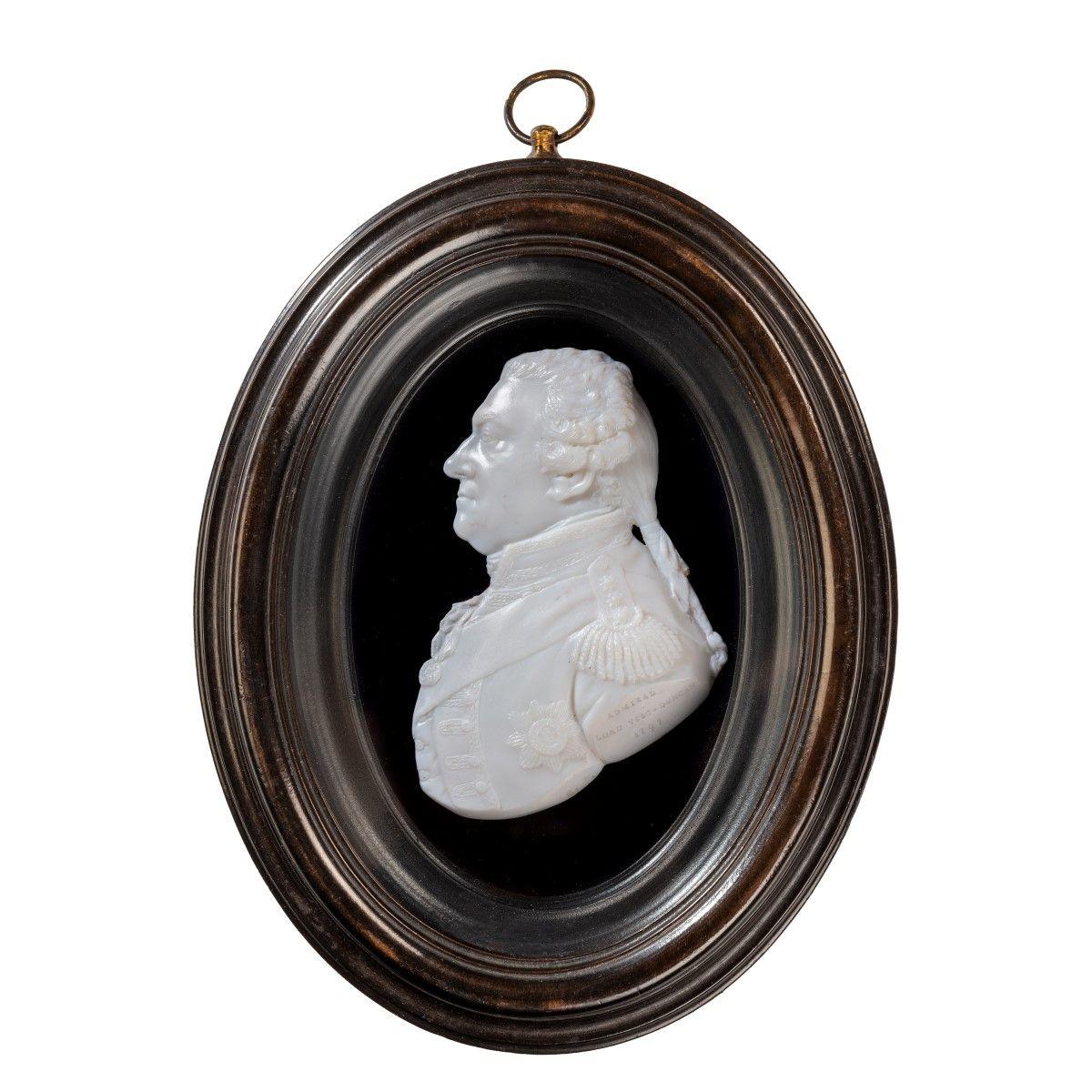 It is mounted on a blue coloured glass oval and framed.
English, 1797.

James Tassie (1735-99) trained as a classical sculptor and modeller in Glasgow. Moving to London in 1766, he specialised in making glass casts of antique cameos and intaglios.

Using an innovative vitreous enamel, he also made celebrated and highly popular cameo portraits  of, in his words, ‘the first people in the Kingdom’.

These culminated in this depiction of Admiral Viscount Duncan (1731-1804), victor of the Battle of Camperdown (see page 14) who probably sat to Tassie at the artist’s Leicester Fields studio.

His cameo of Duncan was one of the last works completed by James Tassie whose business, at his death, was continued by his nephew William Tassie (1777-1860).

He copied his uncle’s medallion of Duncan to exhibit at the Royal Academy in 1799. William Tassie referred to this copy after the Battle of Trafalgar when discussing making large and small cameos of Admiral Viscount Nelson (see page 67).