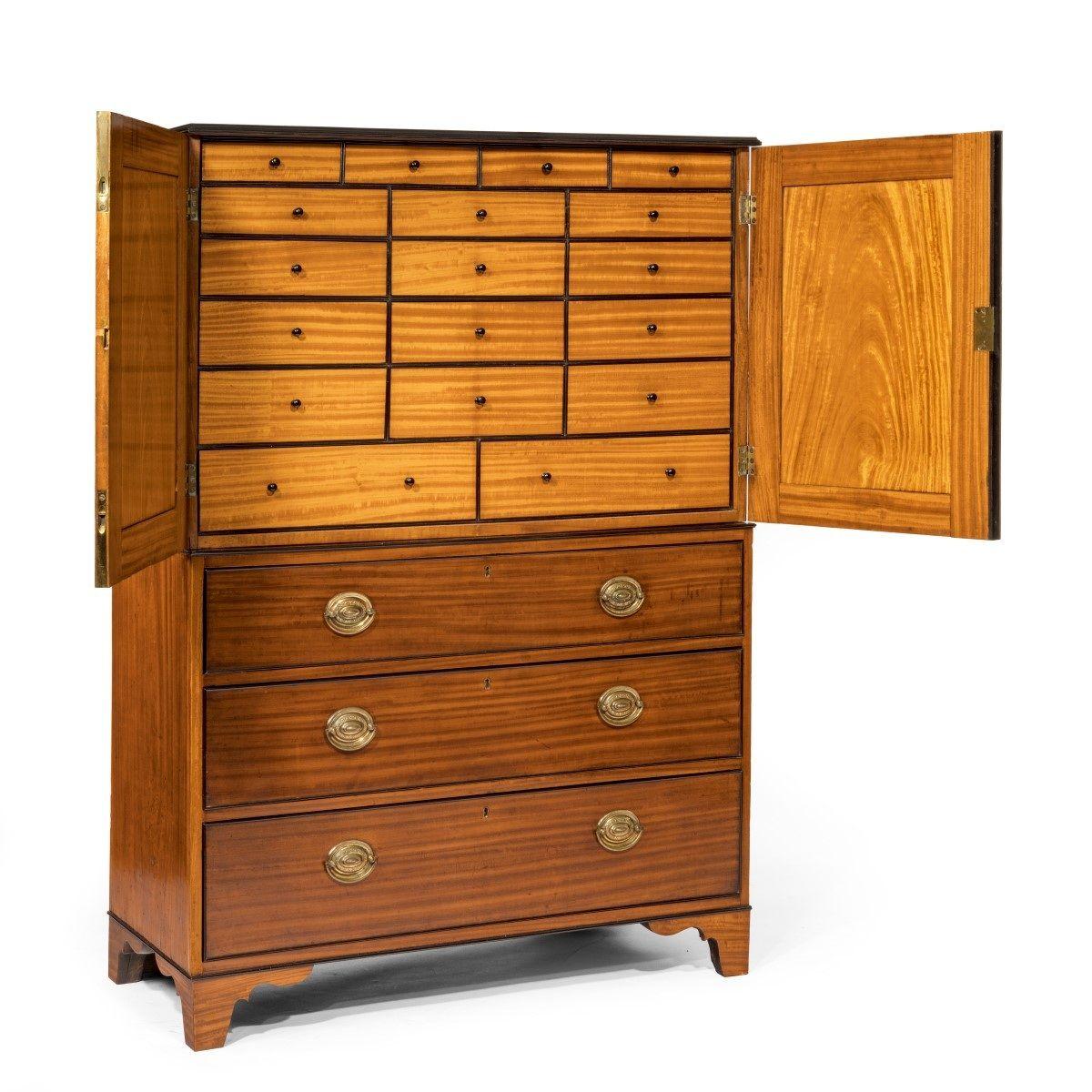 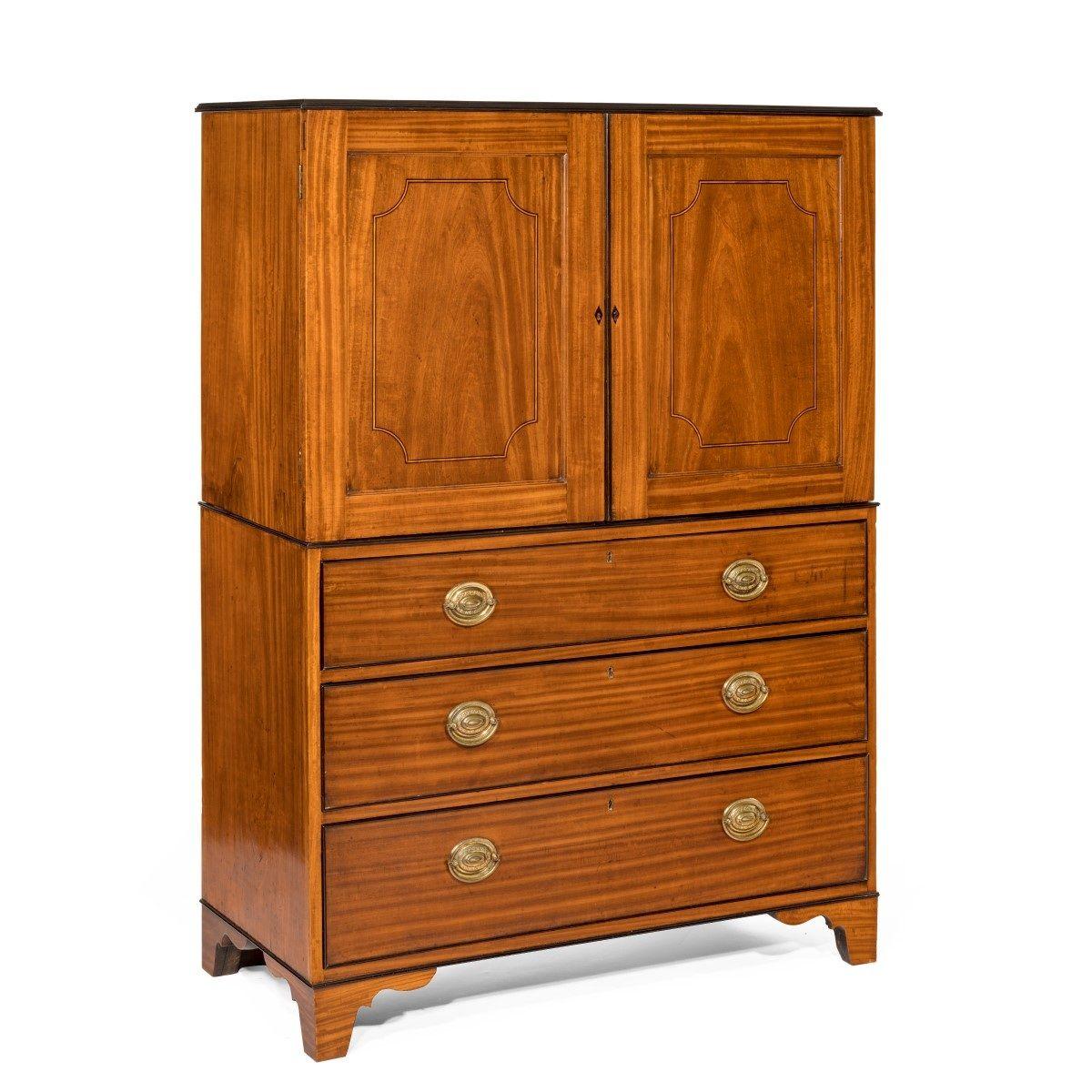 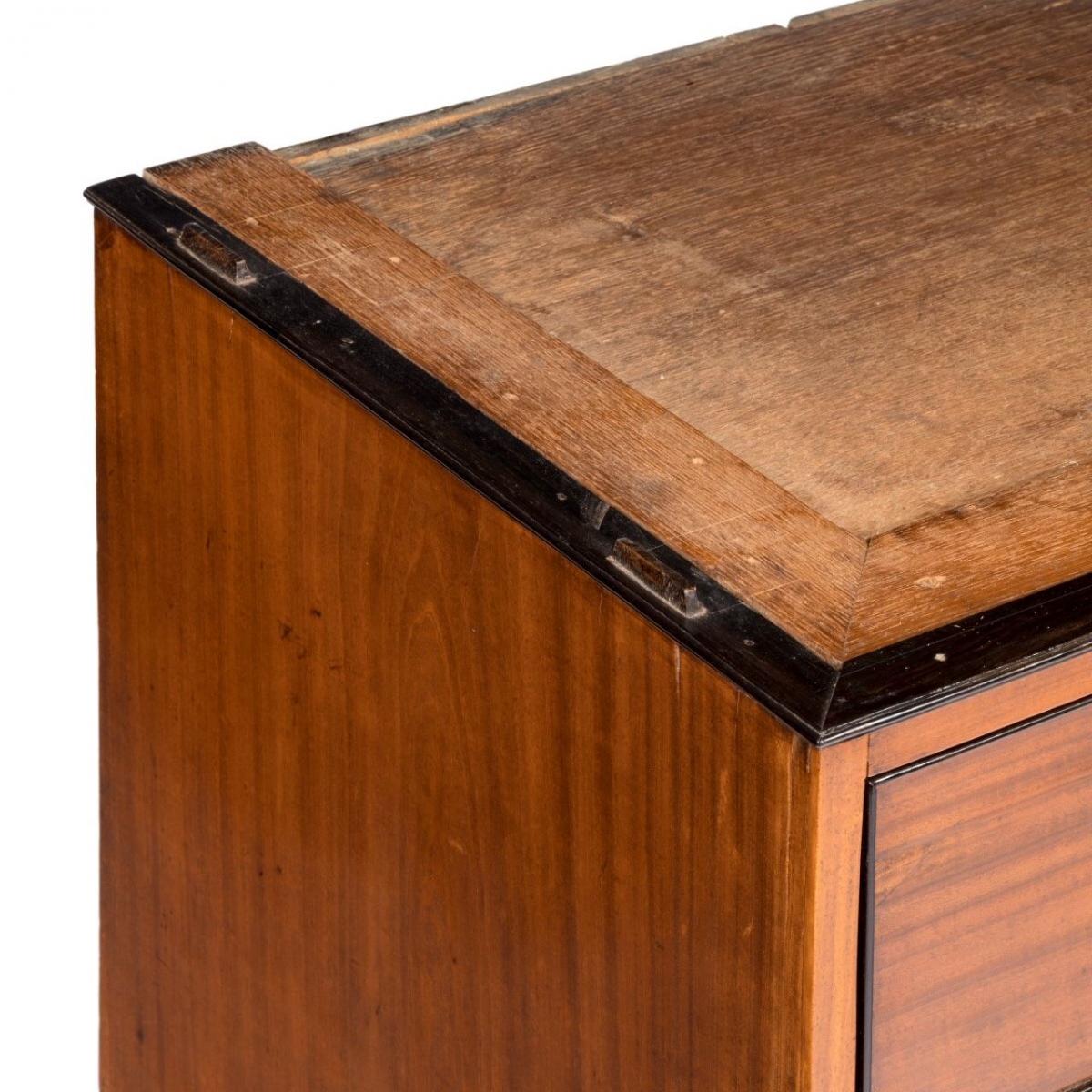 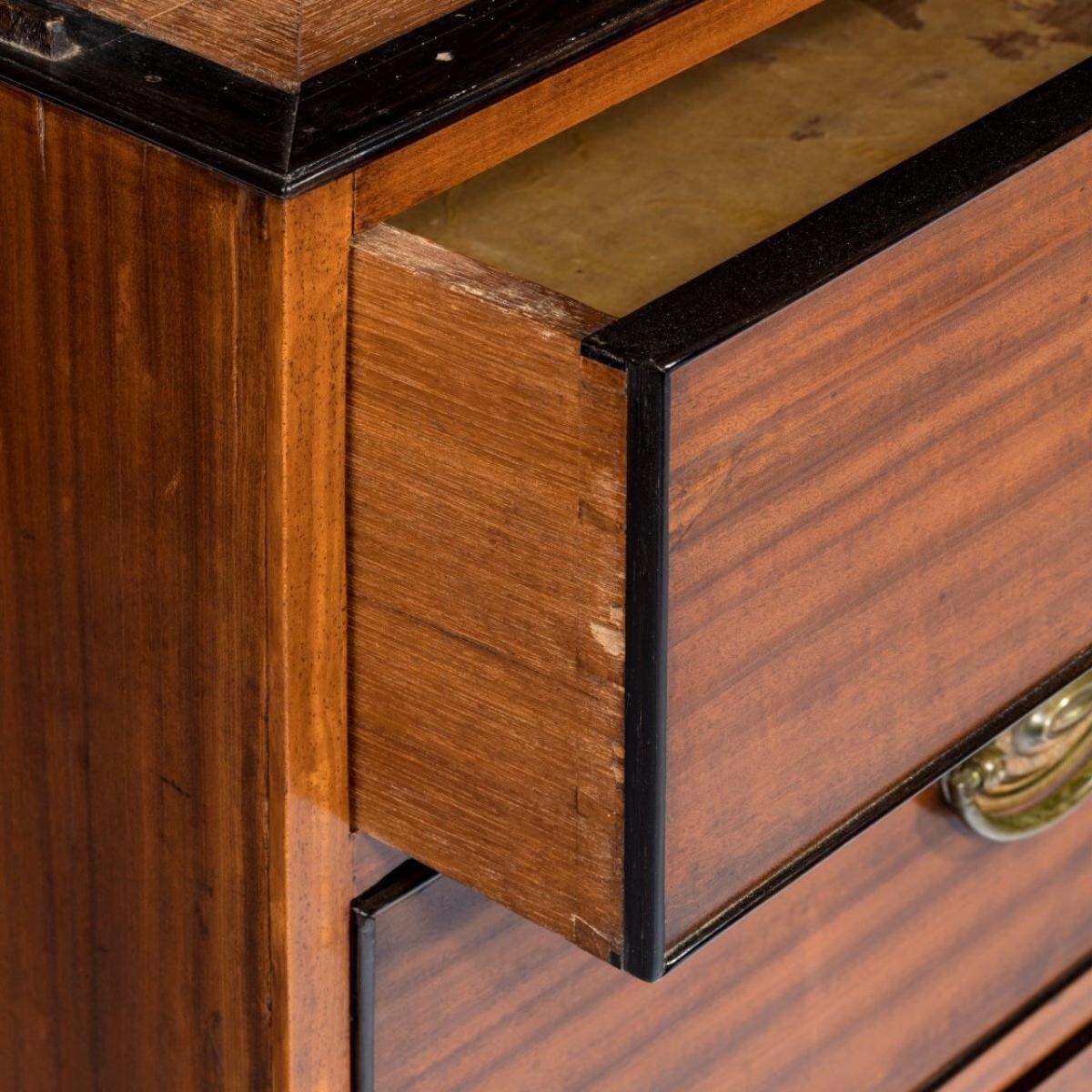 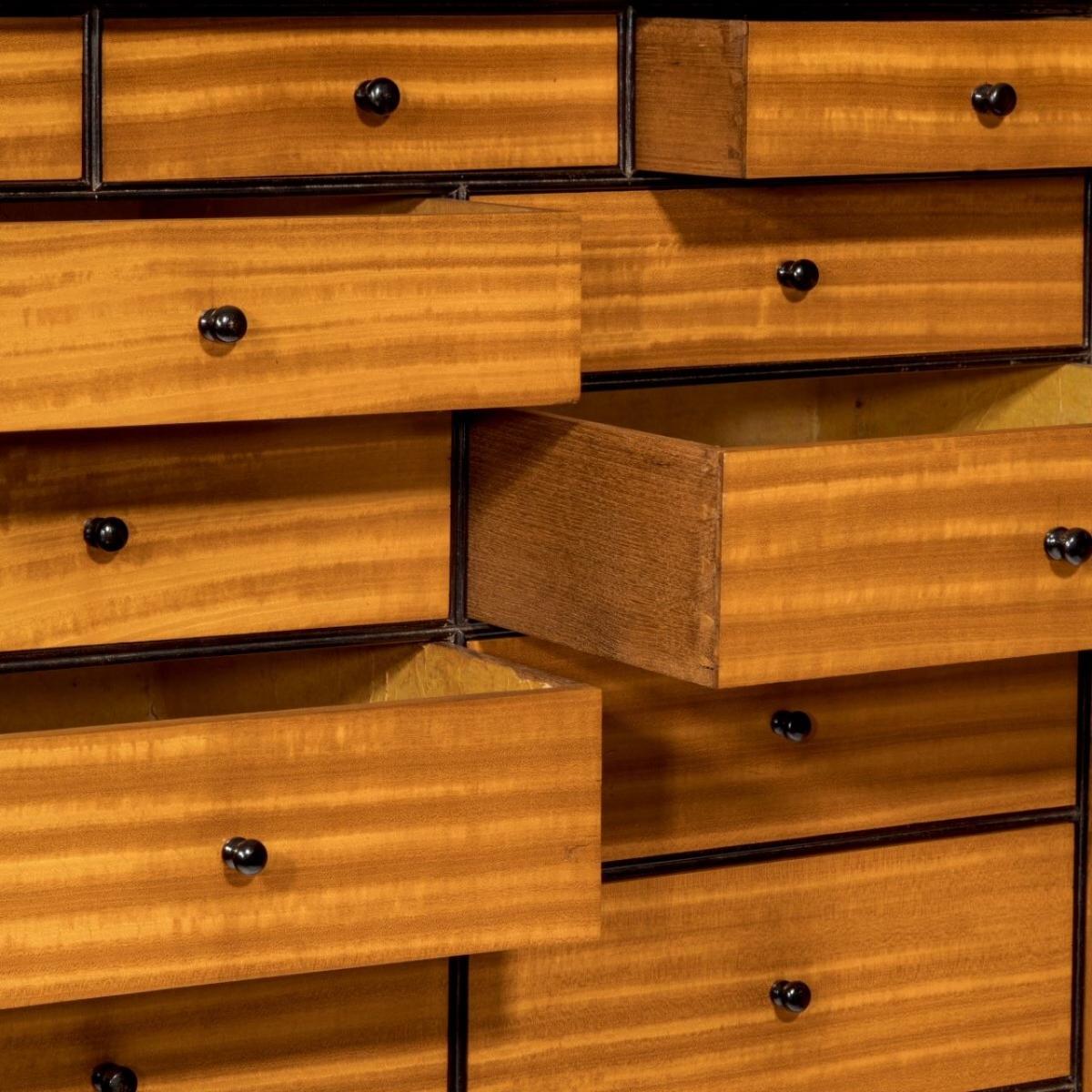 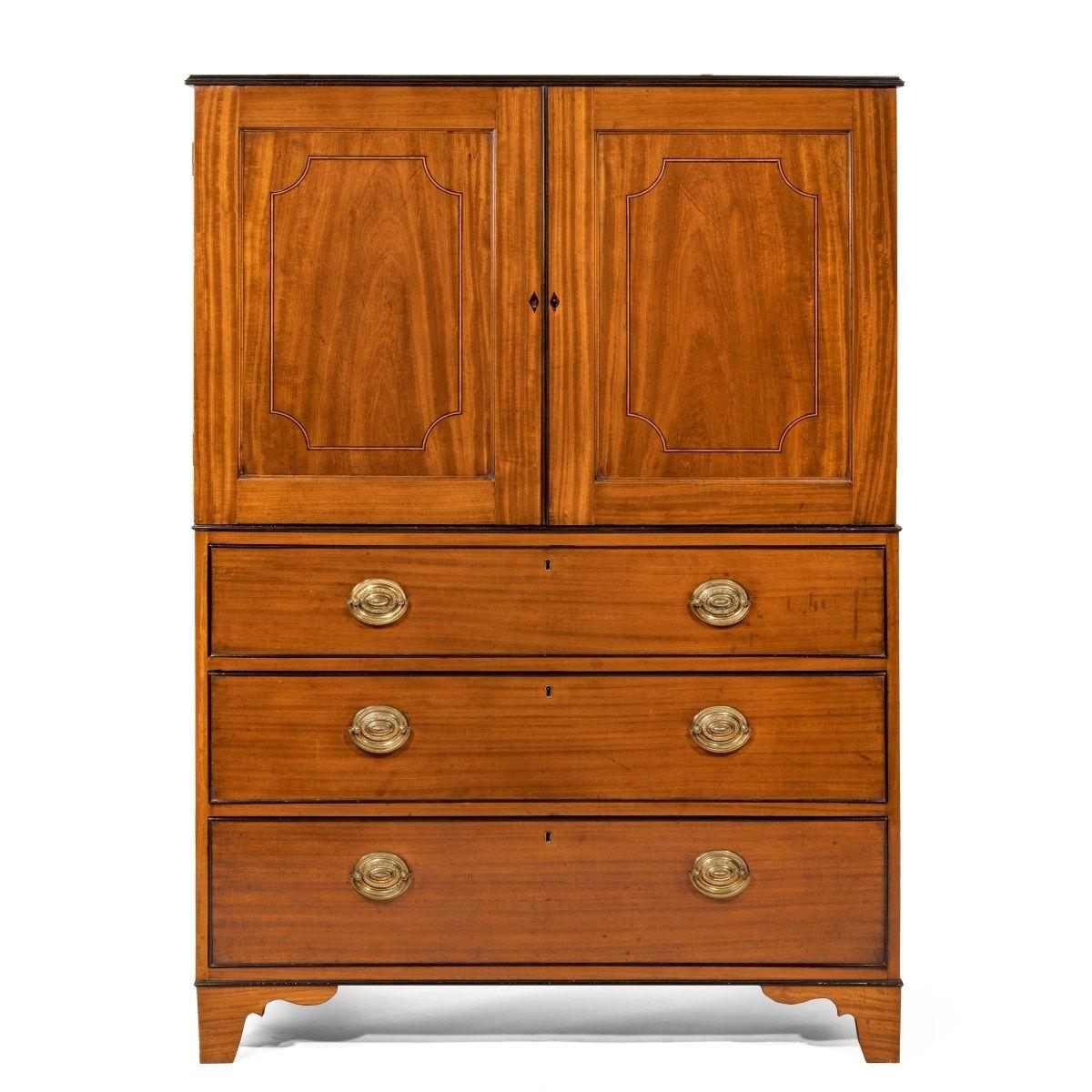 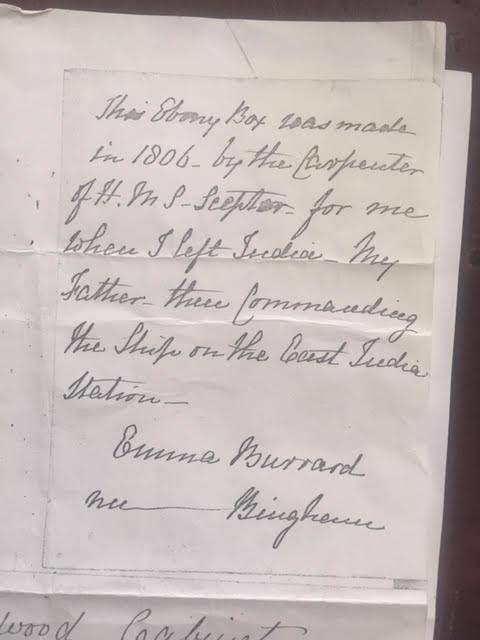 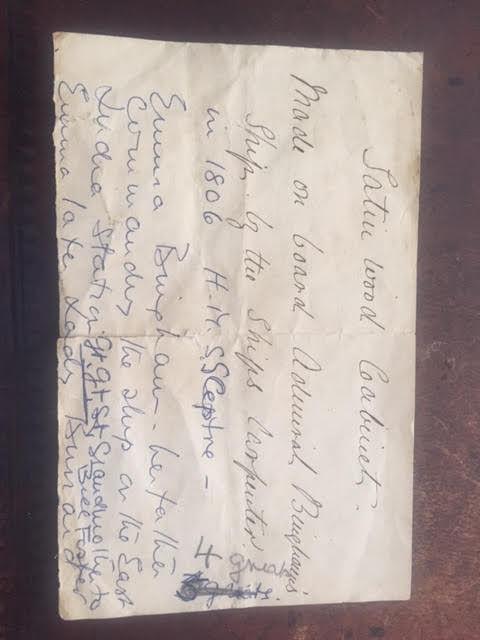 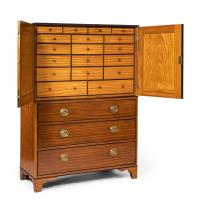 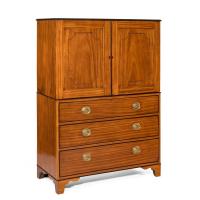 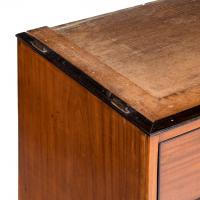 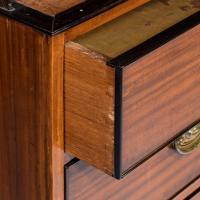 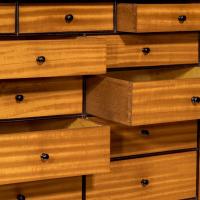 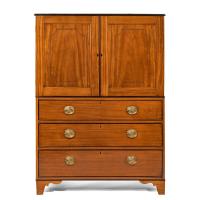 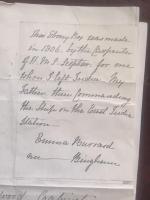 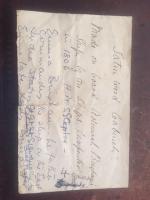 This satinwood and ebony ship’s cabinet has an upper section with two cupboard doors opening to reveal eighteen graduated small drawers with ebony handles and stringing.

The lower section comprises a chest of three long drawers, similarly edged and with the original brass handles, all raised upon bracket feet.

With an undated manuscript note stating: ‘Satinwood cabinet made on board Admiral Bingham’s ship by the ships carpenter’, later annotated in another hand: ‘in 1806 HMS Sceptre - Emma Bingham -her father commanding the ship on the East Indies Station Emma later Lady Burrard, gt gt gt grandmother to Bill Foster’.

Thence by family descent Captain Joseph Bingham assumed command of Sceptre, 74 guns, in 1804. He joined the ship with several crewmates from his previous posting in the frigate St Fiorenzo including ship’s carpenter James Carter, the previous carpenter having fallen overboard and drowned.

At the outset of 1806, Sceptre was moored in Bombay Harbour. After sailing on 14th January, the ship cruised the Indian coast to Madras where Sceptre was stationed until June.

On 25 July, the ship rode at single anchor for two days at Trincomalee taking on food, water and supplies including ‘3 boats of wood’ for the long voyage across the Indian Ocean.

As Ceylon was then the prime source for both native satinwood and ebony it may have been here that James Carter acquired the timber for this cabinet.

Assisted by carpenter’s mate George Chism, Carter may then have manufactured the cabinet during the arduous seven-month crossing to the Cape of Good Hope which Sceptre reached on 5 March 1807.

Unfortunately he fell ill and died before he could take up his final promotion as Commander-in-Chief of His Majesty’s Ships in the East Indies. 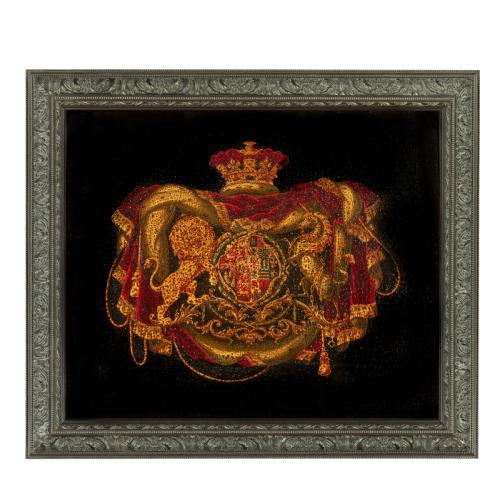 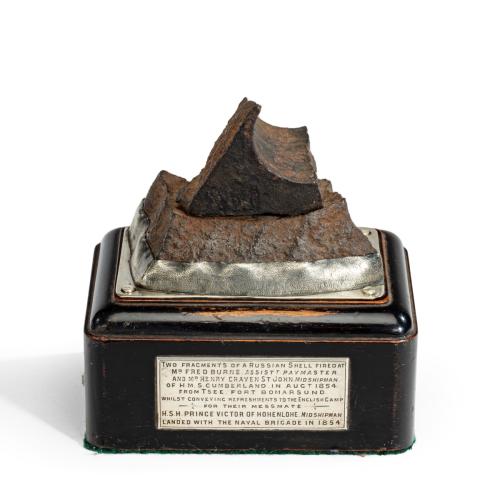 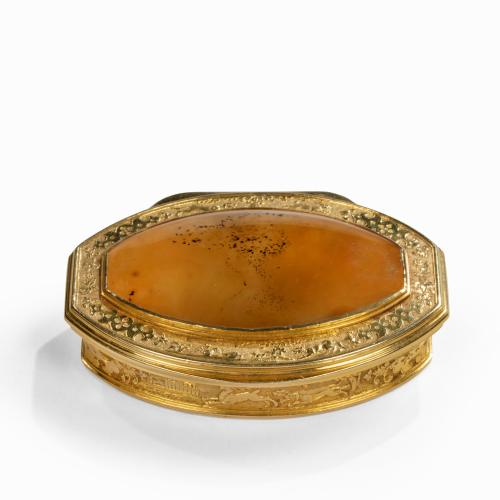 A gold and agate snuff box belonging to Anne, first Duchess of Buccleuch
Wick Antiques Ltd
View all from this dealer