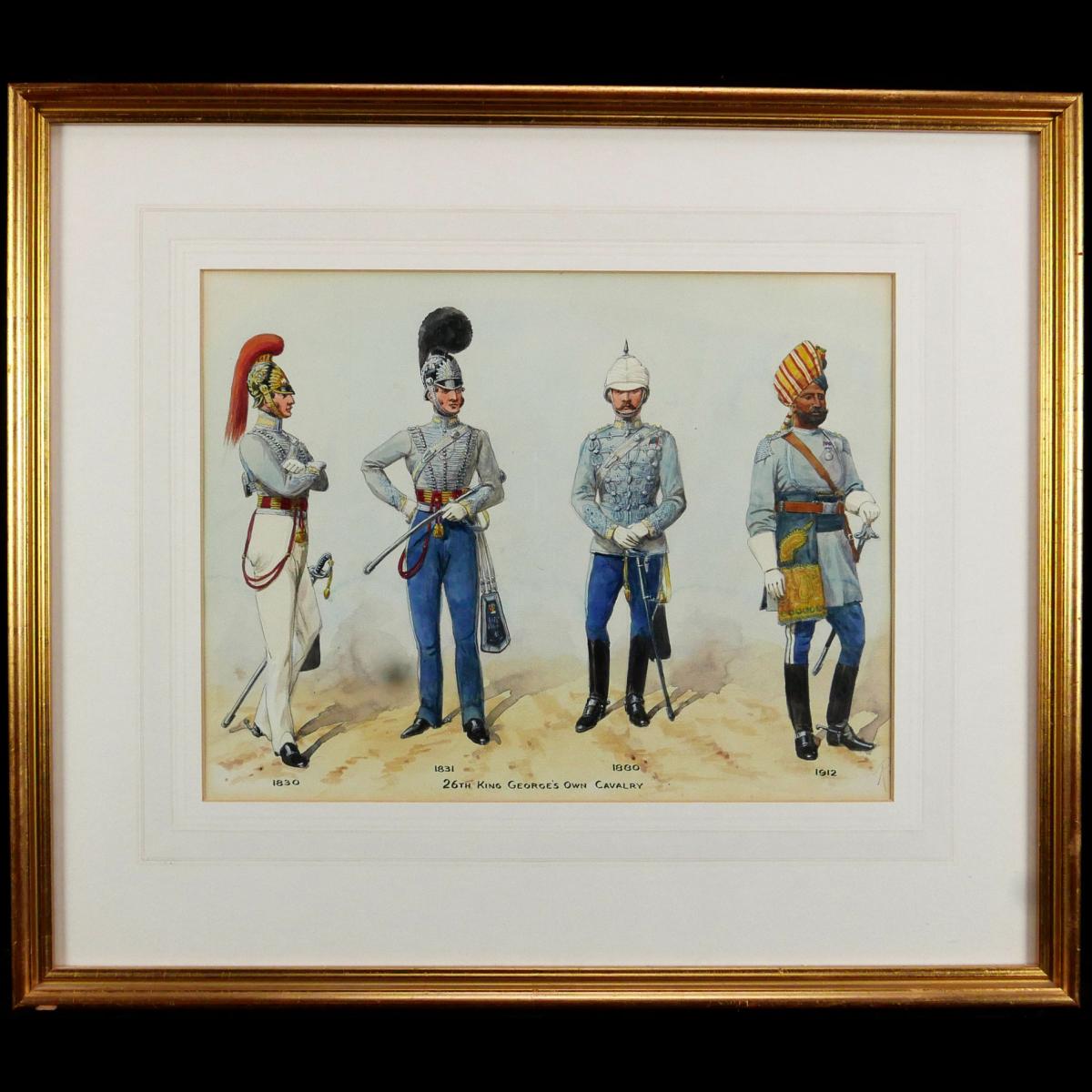 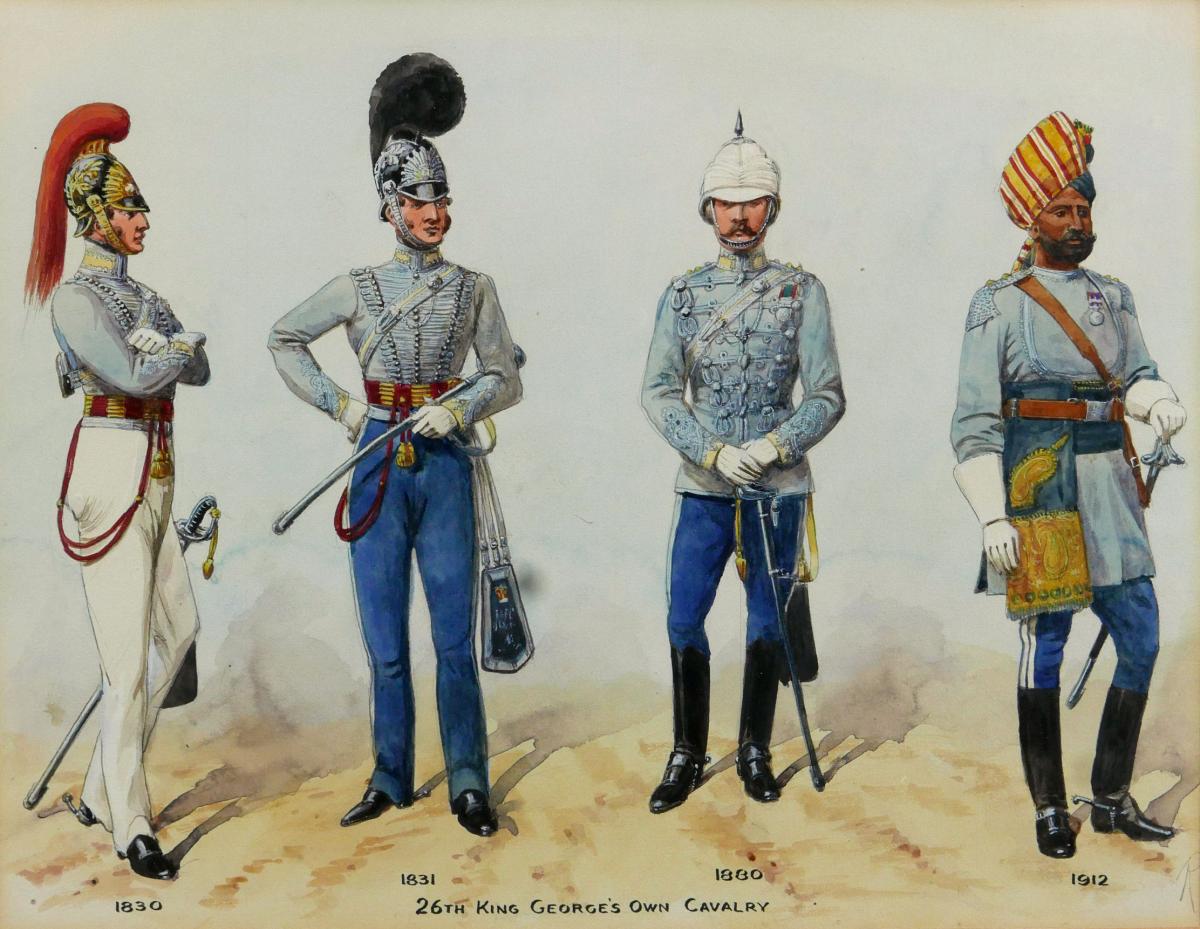 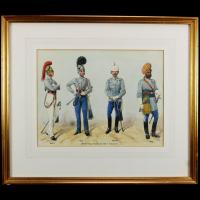 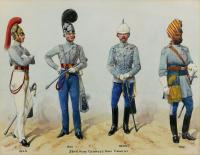 Watercolour and bodycolour, The progression of uniform of the 26th King George's Own Cavalry. Signed R. Simkin (under mount, lower right. Image: cm (in) x cm (in). Framed and glazed.

Richard Simkin (1850-1926) was born in Kent, served in the Artists Rifles and attended the Heatherley Art School. He was employed by the War Office designing recruiting posters and providing illustrations for the ‘Army and Navy Gazette’. He married in 1880 and lived for six years at Aldershot before moving to Herne Bay. He illustrated ‘The War in Egypt’ for publisher George Routledge in 1883; and in 1888 produced a volume of illustrated verse under the title ‘Following the Drum - Sketches of Soldier-Life in Peace and War, Past and Present’. Regarded as an authority on British military uniforms, he depicted imperial and colonial troops to create such series as 'Types of the Indian Army' for the ‘Army and Navy Gazette’ in 1901, having gained much first hand information at the Colonial and India Exhibition of 1886. During his lifetime, he contributed illustrations to numerous publications including ‘The Graphic’ and ‘Boy’s Own Magazine’. His work can be found in many regimental museums. 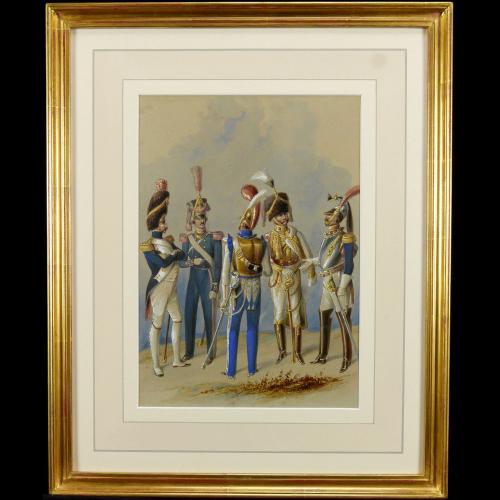 French Military Fashion by Heath, 1830
The Armoury of St. James's 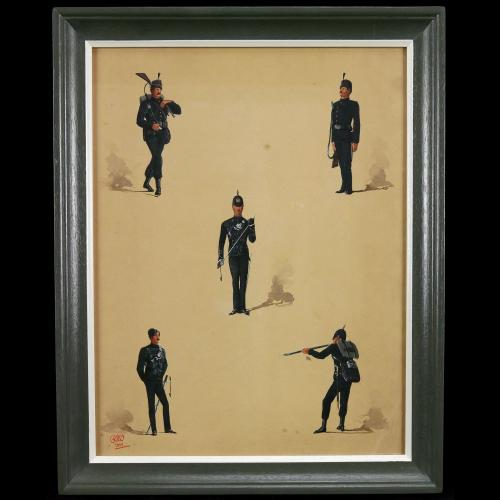 Victorian Vignettes of the Rifle Brigade, 1880
The Armoury of St. James's 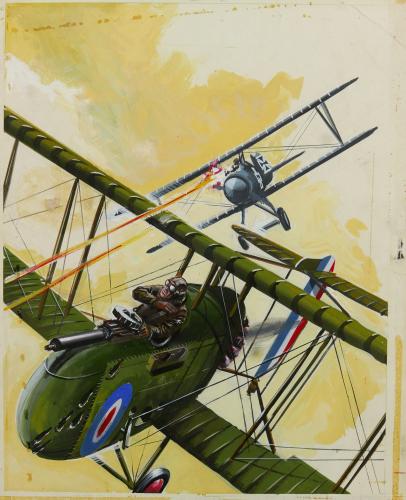 Dogfight Dixon - Original Cover Artwork, 1966
The Armoury of St. James's
View all from this dealer