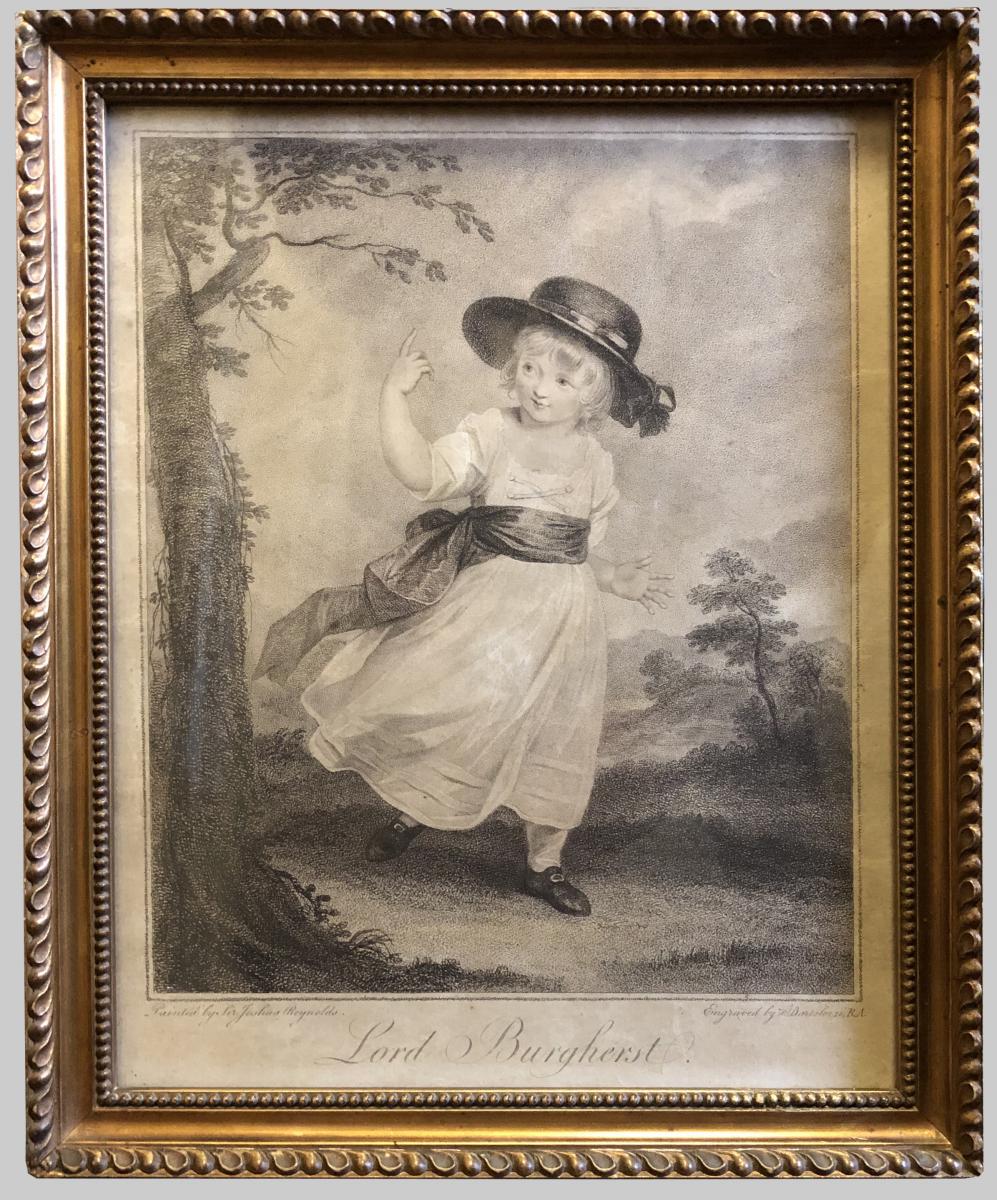 Painted by Sir Joshua Reynolds and engraved by F Bartolozzi RA. Stipple engraving, originally published by Molteno Colnaghi & Co, 132 Pall Mall, in 1788, correctly entitled Lord Burghersh. John Fane, 11th Earl of Westmorland (1784 - 1859), styled Lord Burghersh until 1841 when he became Earl. Standing in a landscape, aged 4, with his right hand pointing upwards, a large sash around his middle and a hat upon his head. In a gilt carved frame with framer’s label pasted to rear board for Ernest Alden, 39 King’s Road, Sloane Square, SW. Copies held in museums in the UK and US as well as with the National Trust.