18th century tapestry panel most likely dating to the latter part of the century.

It depicts an idyllic scene on a river, including a couple in a boat pushing the boat off the shore to avoid a seemingly angry dog and fishermen taking in a net. One of the two figures in the foreground has obviously just dipped a foot in the water or is about to do so. There is clear scope for the telling of a story here.

The bridge leading up to a large building in the style of a castle on the right divides the picture horizontally roughly into two halves, with the foreground containing all the human figures, the colour and the activity. The background, or the top half, is held in pale colours and only vaguely hinting at a landscape. Two tall trees form the vertical centre of the image and introduce an element of the green from the foreground into the pale top half, thus forming a visual bridge between the two halves.

This is a highly decorative tapestry panel in a good size which is easy to accommodate. It is worked in wool and silk and is in good condition, with some very minor repairs in keeping with age. The colours are still very fresh, especially the vibrant reds and greens.

The tapestry is backed with a good-weight linen, a simple galon for the border was added at a later date. 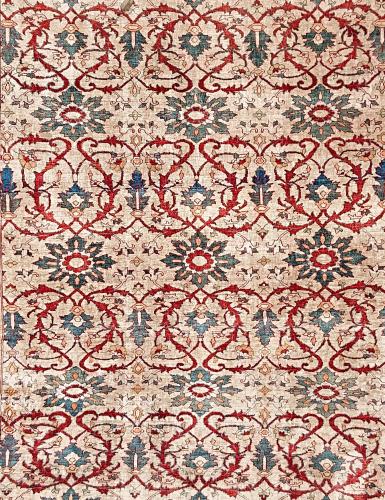 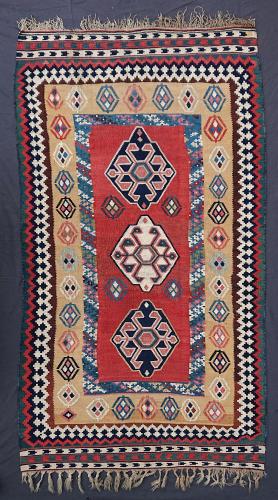