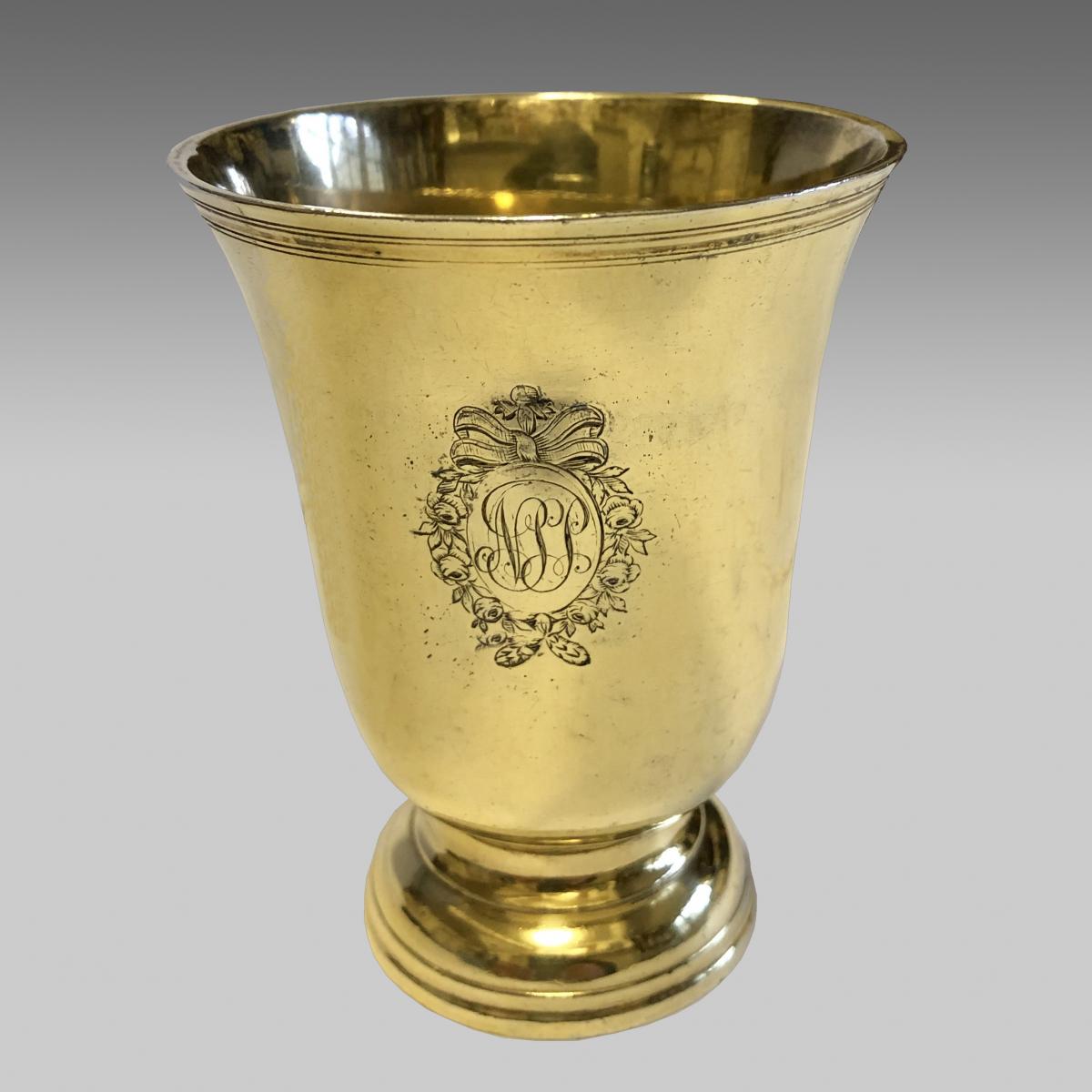 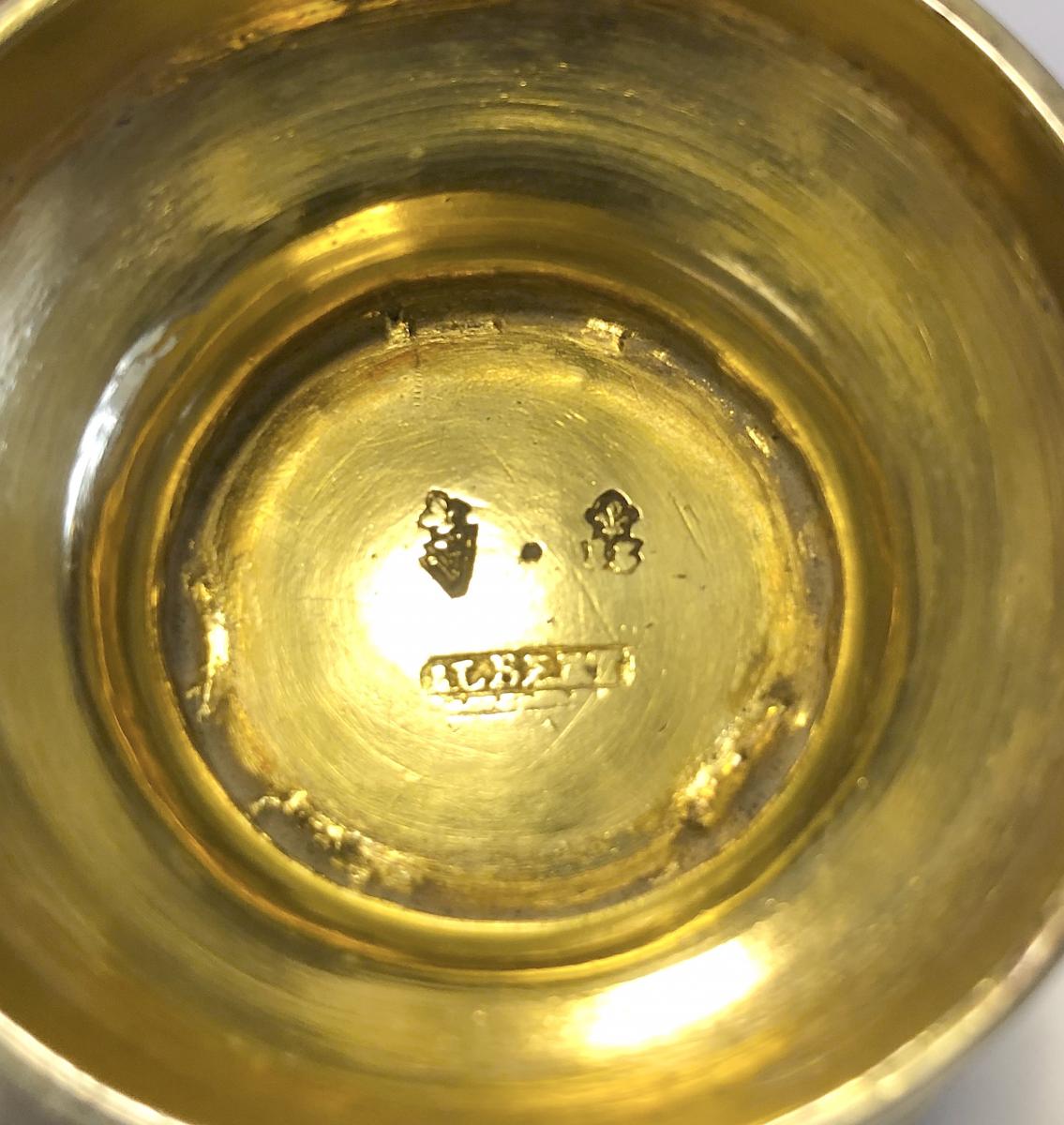 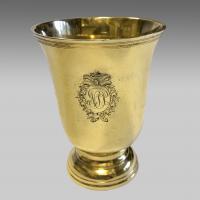 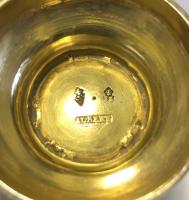 A fine 18th century antique French silver gilt beaker with a reeded, flared rim to ogee bowl and resting on a cyma recta foot. Monogram NSP within a beribboned and floral cartouche.

Jacques Henri Alberti was born in Bärenthal in 1730 and was in partnership with the renowned goldsmith Jean-Louis Imlin lll from 1756 until 1769, when, on the latter’s death, he became head of the workshop. Alberti married Imlin’s niece, Catherine-Salomé Emmerich, in 1765.

Patronised by the highest in society, Imlin and Alberti were commissioned in 1768 to create the entire dinner service of Elisabeth Auguste, Electress of Bavaria and the Palatinates, for her home - the château at Oggersheim.

His work is represented in various museums worldwide including the Museum of Fine Arts in Boston, The Palatinate Museum of Heidelberg and the Museum of Decorative Arts, Strasbourg.

Vermeil was developed in mid 18th century France and was considered a luxury, attracting an international clientele of royalty and aristocracy. A coating of gold was adhered to sterling silver using mercury in the ‘fire-gilding’ process.

Due to the dangers of this process that were discovered by scientists at the beginning of the 1800s, the practice was soon prohibited and subsequently very little was produced after this time.

Jacques Henri Alberti, master goldsmith, was considered one of the foremost and talented goldsmiths in Strasbourg of his day and, according to the corporate system in place before the French Revolution, set himself up alongside similar specialists in their own quarter in the town of Strasbourg - Le Carré d’Or, or the gold quarter.

The home that he had built in 1785, no.14 on the Rue des Orfèvres (Goldsmiths), came to be known as The Storks, identified by the extraordinary carving above the door, which displays two storks in a bed of reeds. Alberti was recognised in his time for his innovative naturalistic taste in decoration on his pieces and no doubt defined himself with this decorated entrance. 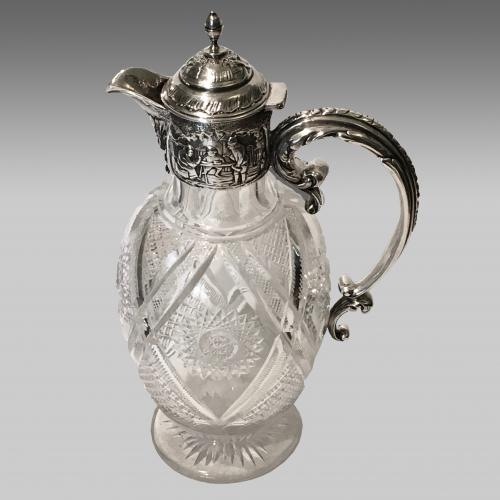 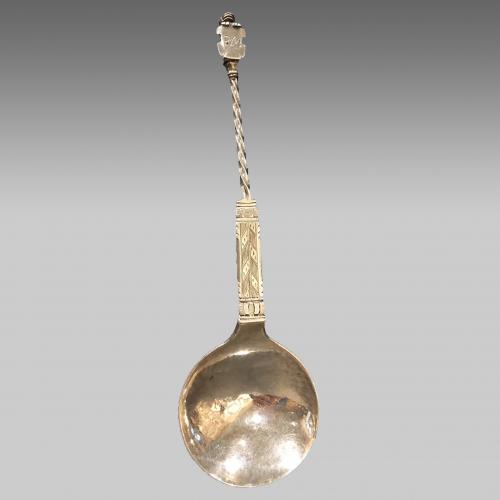 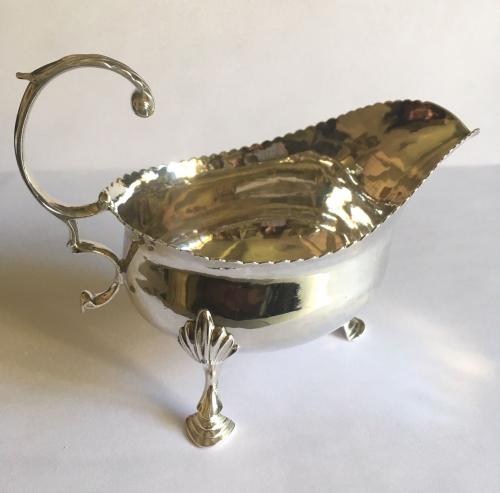