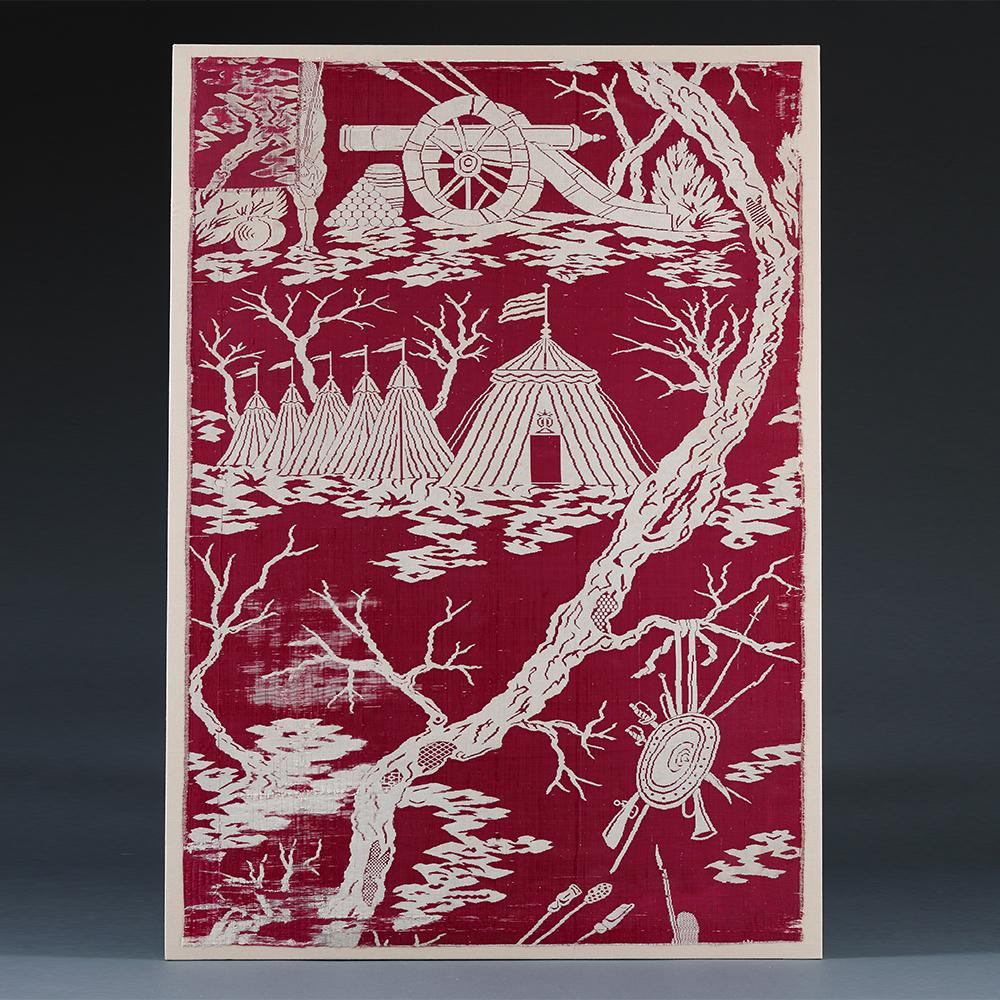 A precious silk cloth with a red background weft and a white pattern weft laid on top forming a design of a military camp, with cannons and weapons.

This panel came from a remarkable collection of the old Maison de Hamot, precious fabric merchants in Paris from the time of Louis XV according to the textile expert Xavier Petitcol. The panel used to have a label ‘Maison de Hamot’, which was lost.

A tree trunk with its bare branches dominates the composition. At the bottom right hand corner, one can recognize a grenadier’s fur hat, as well as the gun bayonet on the grenadier’s shoulder and also the edges of three ancillary tools of the canon, which are, most likely, fragments of the grenadier’s implements on the top left corner.

The size of the repeat pattern would have been probably about 250cm. Such an unusually large repeat makes the design rare, and costly to make.

Xavier Petitcol, who catalogued the collection for the Drouot sales in 1997, has never come across a textile design like this panel and considers it unique.

It was he who suggested that the silk panel might have been woven for the Marechal de Saxe, the great Marshall General of Louis XV and the illegitimate son of Frederick Augustus II, King of Poland.

The design possibly commemorates the Siege of Brussels which took place between January and February 1746 during the War of the Austrian Succession.

A French army under the command of Maurice de Saxe, in a bold and innovative winter campaign besieged and captured the city of Brussels, which was then the capital of the Austrian Netherlands, from its Austrian garrison.

The Austrian defenders were compelled to surrender on the 22nd of February, the siege lasting only three weeks.In fact the coat of arms above the entrance door to the tent would seem to be a stylised coat of arms for the Marechal de Saxe.