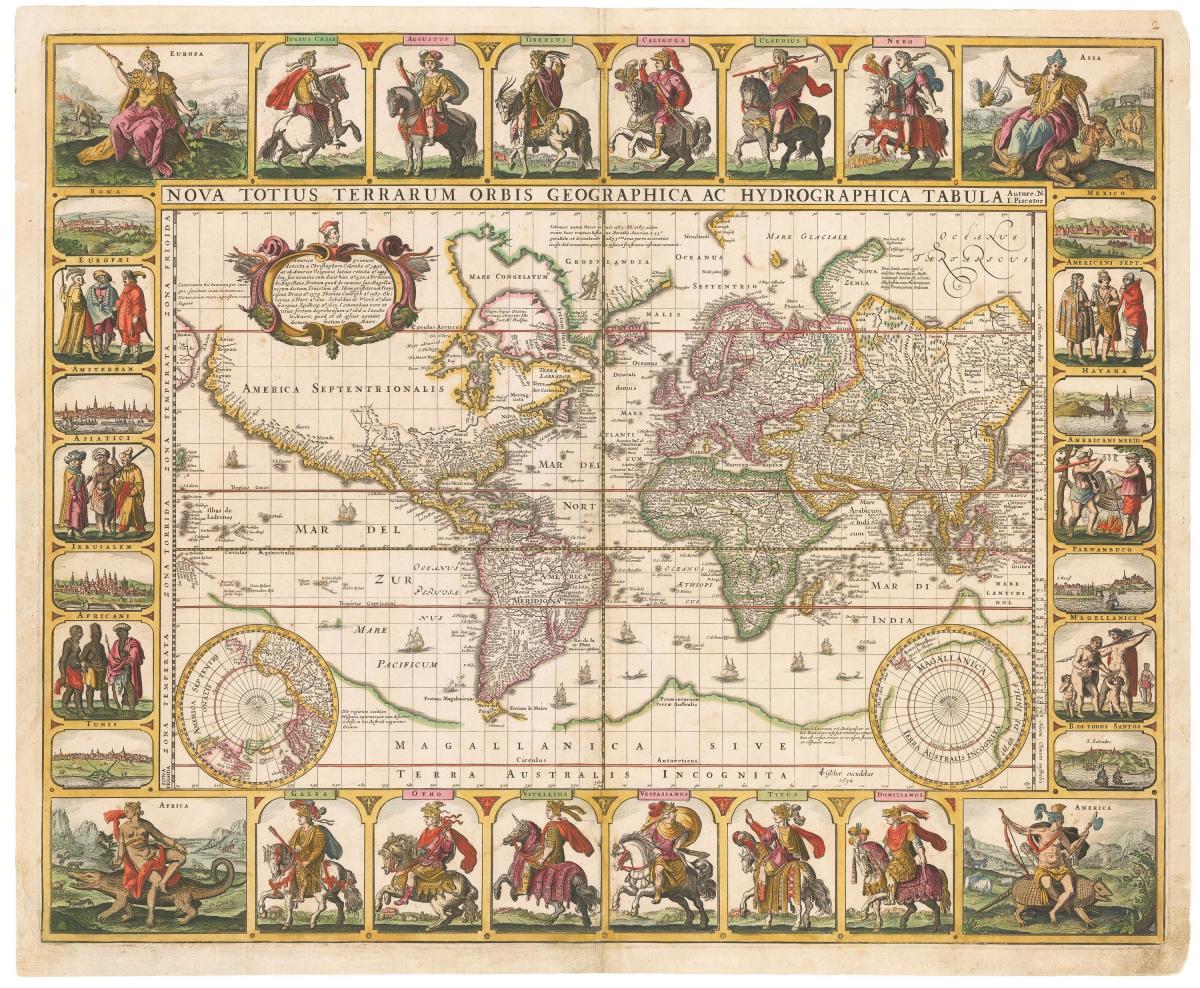 This magnificent planisphere manages to include 30 separate illustrations in its panels. Along the top and bottom are equestrian portraits of the Twelve Cæsars of Tacitus. The four corners feature female allegorical figures of the Continents, with Europe as a shepherdess, Asia seated on a camel, Africa on a crocodile and America on an armadillo!

The left border has prospects of Rome, Amsterdam, Jerusalem and Tunis, interspersed with illustrations of European, Asian and African dress. The right border is given over completely to America: the prospects of Mexico City, Havana, Pernambuco and Todos os Santos Bay are separated by vignettes of North American natives, South Americans and the giants of the Magellan Strait.

Originally published in 1639, most of the cartography has been copied from Blaeu, although Arctic America has been extended, as has the St Lawrence River. This state has the date 1652, the year of Visscher's death, added.

Restoration to margin and centre fold.