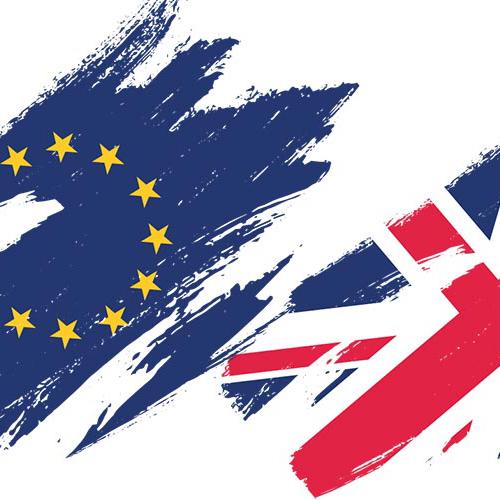 There are a few issues members may wish to think about now, should a “no deal” exit from the EU occur at 11 pm on 29 March 2019. Additionally, the Department for Digital, Culture, Media and Sport (DCMS) has recently sent through further collated information on a no deal Brexit (see below) as it might affect businesses that handle cultural property.  Members may wish to use all this information to help them consider how they will deal with the issues raised.


A: Some Brexit issues relevant to art and antique dealers

VAT charges on moving stored goods to the rest of the EU in the event of a “no deal” Brexit
If you are currently storing margin scheme paid-for goods on behalf of a private customer from another EU country, or you have EU-based customers who you know are intending to move items from the UK back to their home country, you may wish to give some thought to whether you or they bring forward plans to ship those items before 29 March. The next paragraph explains why.

If goods are shipped to another EU country before 29 March then, because there is currently a single market in goods within the EU, no duties or VAT charges are levied at borders between Member States.  However, in the event of a “no deal” Brexit the import of goods from the UK into the remaining EU states will operate just as it does for imports from the United States into the EU: import VAT will be levied at the new border into the EU.  This means that the customer whose stored goods you move after Brexit will effectively pay VAT twice: once within the margin scheme price already paid to the dealer before the goods were stored, and again on import into their home country.

Where both the sale of goods to customers based in the EU and the payment for those goods takes place after Brexit day, then the sale will be zero rated for VAT purposes, but the customer will have to pay import VAT on entry of the goods into their home country.   However, if after Brexit a member sells to an EU national and is asked to store the goods for the customer then the member will need to bear in mind the 3 month time limit for exporting paid-for goods.  If you exceed the 3 month limit then you can no longer zero rate the export and VAT will be payable.

If members have previously only ever done business with EU countries it is possible that they may not have an EORI number. Members who already move goods outside the EU, such as to the United States, will probably already have an EORI number. To export and import goods to or from the UK after Brexit you will need to have an EORI number.  You may wish to check with your shipper first, but if you need a number you can use this link: EORI numbers

In essence the EU licences will fall away and will no longer be issued.  All export licences will be British, based on the OGEL.  This means that for most antiques the key export threshold to be aware of is £65,000, irrespective of the country the item is being exported to.

Consequently the impact of a no deal Brexit will not be limited to trade between the UK and the remaining EU Member States: a dealer shipping an artefact to the United States will not need to apply for an export licence unless the item’s value exceeds £65,000, a higher threshold than the current EU export threshold of £41,018.

DCMS say they intend to use the statutory guidance to continue the key policy effect of the EU system: namely, not issuing a licence if an item is in the UK after being dispatched unlawfully from another EU state. The DCMS says that the decision to continue this policy (albeit through the UK system) reflects “the Government’s prioritisation of stability” (explained here) in the Government's EU exit planning.

This continuity of approach is reflected at paragraphs 30 and 31 of the draft amended statutory guidance document. You will also note that the value thresholds in the OGEL have not been changed and the changes to the OGEL are generally minor and technical.

CITES antiques and Eurostar
Defra has now confirmed that in the event of a “no deal” Brexit no objects that incorporate materials made from CITES species will be allowed on Eurostar trains.  This is because there are no facilities for processing the necessary CITES import or re-export certificates. CITES items will also be unable to pass through the ports of Dover, Eurotunnel and Holyhead.  A no deal will mean that from 29 March CITES certificates will be needed for all movements of CITES materials into and out of the UK, including items that incorporate even the smallest amounts of rosewood, tortoiseshell or ivory.


B: Contents of Brexit message received from Department for Digital, Culture, Media & Sport

Immigration
The Home Office has published a policy paper on immigration in a no deal scenario. It states that arrangements for tourists and business visitors will not look any different, and that EU citizens coming for short visits will be able to enter the UK as they can now, and stay for up to three months from each entry, free of charge. (EU citizens and their family members already resident in the UK by 29 March 2019 will be welcome to stay and they will have until 31 December 2020 to apply to the EU Settlement Scheme to protect their status).

Settled status scheme   The Prime Minister has announced that the government is removing the £65 settled status fee for EU nationals wishing to remain in the UK following our exit from the EU. The Prime Minister also confirmed that those EU nationals who had already paid the fee will be reimbursed.  The scheme is due to be rolled out in full on 30 March 2019 and will apply to EU citizens and their families who wish to continue living in the UK after 30 June 2021.

Customs and borders
These links are useful for information about sending works of art and other cultural and museum objects to EU member states.
Partnership pack (p.58)
Trading with the EU Technical Notice
Customs, VAT and Excise regulations: leaving EU with no deal
Cultural object licences
CITES (including designated ports - Dover, Channel Tunnel and Holyhead will NOT be CITES designated ports).

Driving in the EU
Prepare to drive in EU after Brexit: Updated guidance for private and commercial drivers.

Data Protection
Digital Minister Margot James’s blog post points to some simple steps to do this from the ICO and detailed guidance. For example, adding standard contractual clauses to your contracts could be enough to avoid potential problems, and there’s an interactive tool to help you do it.
Further information is provided here:
ICO guidance
Data protection
Data protection law