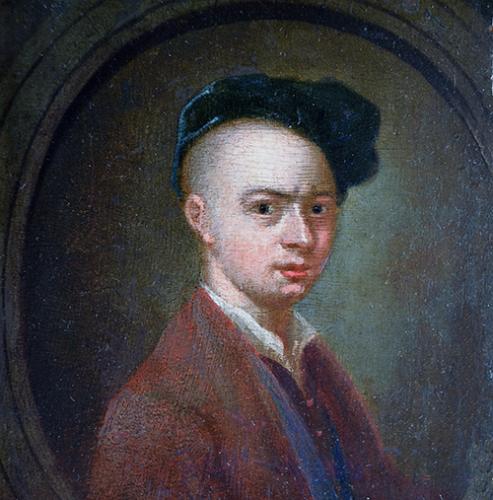 Exhibitors Darnley Fine Art will be hosting an exhibition of recently discovered portraits spanning the 16th to the 20th centuries at BADA 2018, March 14-20 at Duke of York Square, London, SW3 4LY.

This exceptional exhibition will include more than thirty previously unknown rare portraits that have never before been on public display, all as a result of the detective work of Darnley Fine Art’s Adrian Pett.

One of the many highlights is the earliest known self portrait of Francis Hayman (1708 – 1776) (pictured right), the important portraitist and illustrator who was one of the founders of the Royal Academy. This artwork was not known to be in existence, so it is a particularly significant discovery.

Another very exciting find is a stunning portrait of Mabel Iris FitzGeorge by Cecil Beaton. As you would probably expect of Beaton’s subjects she came from royal stock, being the great great grand-daughter of King George III.

There is also a stunning portrait of a young girl by Gilbert Jackson, the accomplished seventeenth century artist whose works are also to be found in the collections of the National Portrait Gallery and the V&A. Yet another long forgotten work included in the exhibition is David Morier’s painting of the Duke of Cumberland. The son of King George II, he was best known for his command of the Government forces during the put down of the Jacobite rebellion.

This really is a unique opportunity to view and acquire many long lost portraits by some very prominent artists. Adrian Pett, owner of Darnley Fine Art, said, “This exhibition has taken several years to put together. The excitement of discovering long forgotten works by artists who hold great importance in today’s art world is absolutely unsurpassed. I feel honoured to be returning them to their rightful eminence – they were created to be viewed and admired, and their rightful artist acknowledged.”