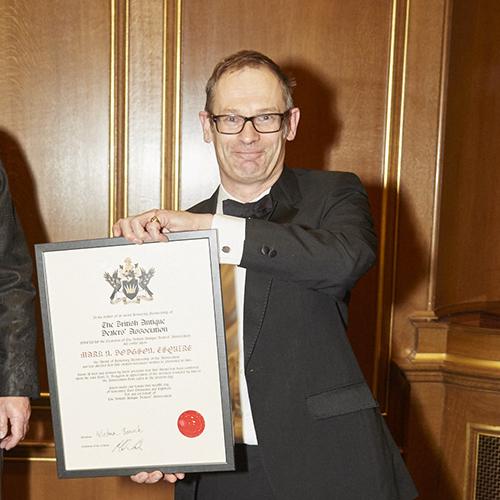 One hundred BADA members, and leading lights from the fine art and antiques community, gathered at Clothworkers’ Hall this month to celebrate the 100th anniversary of the founding of the British Antique Dealers’ Association in 1918.

The president called on members to “ensure that the next generation is educated about antiques and fine art”, adding that, “BADA should be the driving force to put aside rivalries, as they did 100 years ago, and speak for the trade.”

The evening also saw recognition for BADA secretary general Mark Dodgson, who was commended for his 29 years of dedicated service with a Lifetime Membership award from BADA Chairman Michael Cohen.

A selection of images from the dinner are available on BADA’s facebook page, click here to browse.