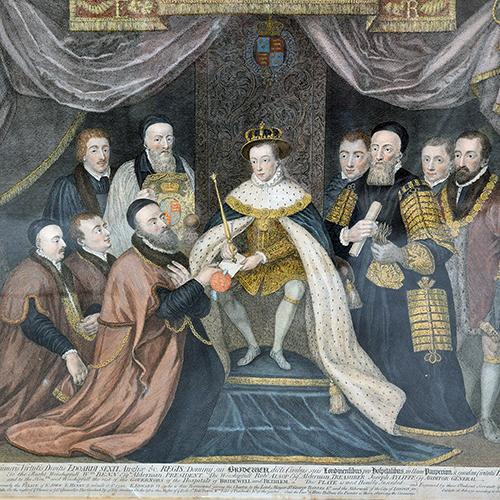 Stipple engraving is a style of print making that was first used by artists in the 15th century, in the production of fine works that we now term Old Master Prints.

The technique most commonly involves the artist scoring their design into a copper print plate by means of a pattern of dots which, when applied to the final print, can convey the effect of shade, tone, or definition.

The process is created using a traditional engravers tool known as a ‘burin’, a French term meaning cold chisel, also known in English as a ‘graver’. Traditionally, a burin has a round mushroom shaped handle and a long thin shaft which culminates in a pointed blade that can be used for etching, or in the case of stippling, for gouging the fine indentations into a print plate.

The invention of the technique is popularly attributed to the Italian Renaissance artist Giulio Campagnola (circa 1482 - circa 1515), whose smaller works are often almost entirely rendered in the stipple manner. His method can be seen in this print of Shepherd’s at rest from the British Museum Collection. 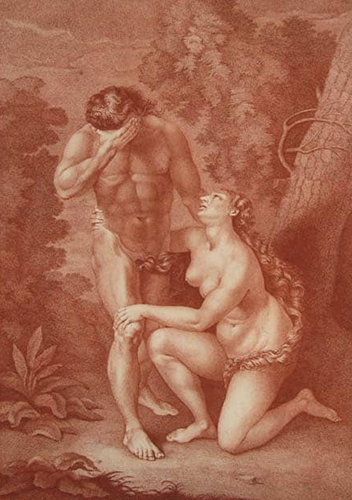 In England, the most notable early proponent of stipple engraving was William Rogers (fl. 1589-1604), the finest engraver of the Tudor era. The technique is perfectly illustrated in his engraving of Queen Elizabeth I entitled ‘Eliza Triumphans’, also from the British Museum collection.

Previously used as a complement to traditional line engraving, the stipple technique emerged as an art form in its own right in the mid-18th century. This was due to the ingenuity of the French engravers, Gilles Demarteau and Jean-Charles Francois.

The pair used goldsmith’s chasing tools and marking-wheels to create a printing style that mimicked the popular fashion for chalk drawings. Their works were then rendered in sanguine-coloured ink, a style which they labelled, ‘Manière de Crayon’, or crayon manner (see image right).

The resulting prints proved hugely popular with French collectors and the technique was soon adopted on the other side of the English Channel. Its champion was William Wynne Ryland, engraver to King George III.

A line engraver by trade, Ryland abandoned his traditional technique in favour of the new stippled chalk method, which brought him considerable success. A fine example of his work is this engraving of Britannia from the Royal Academy Collection. 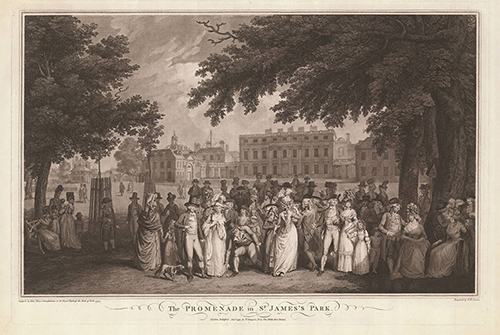 Unfortunately, engraving would also be Ryland’s downfall, as the master engraver was apprehended for forging a bill of exchange with intent to defraud the East India Company in April 1783. Found guilty, he was hanged at Tyburn on 29th of August 1783, becoming one of the last criminals to be executed on the site.