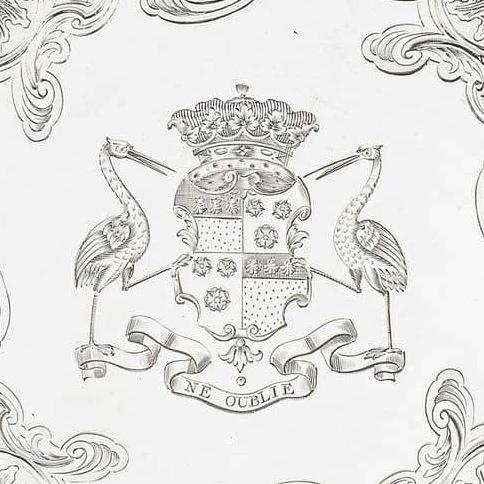 In the antiques trade, the term escutcheon has two different meanings depending on which specialism you apply it to.

The etymology of the word escutcheon derives from the Norman French word ‘escuchon’, which in turn is a derivation from the Latin word ‘scutum’, meaning shield. Consequently, the first usage of the term is in its traditional heraldic sense, in which an escutcheon is the term used to signify the shield which forms the basis of a coat of arms.

Escutcheon, or inescutcheon can also be used to describe a shield that appears as a device within the design of a coat of arms. The use of a shield also signifies that the arms belong to a man, as historically a lozenge (diamond shape) was used for a woman’s coat of arms in England, while a cartouche (oval shape) was traditionally preferred in much of Europe.

In heraldry, escutcheon designs were originally based on the shield types used by knights in combat. These shield shapes differed greatly dependant on country, region and era of origin which is why there are so many varieties of escutcheon device in heraldic designs. 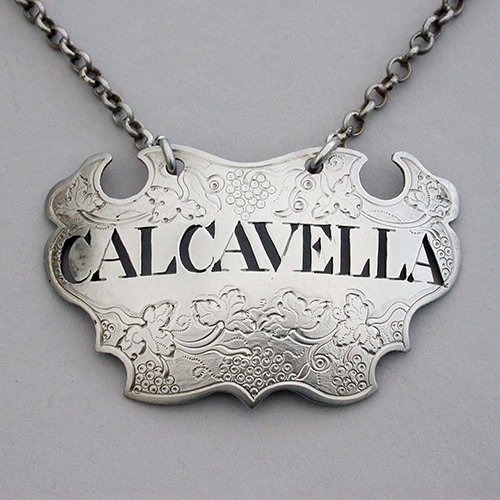 When discussing antique silver, escutcheon is most often used to describe the coat of arms of the family that would have originally commissioned the work. However, the escutcheon motif has also inspired silversmiths over the years and has often been used as a design template for smaller items.

This is most evident in the designs of many antique silver wine labels (see image 2), with contemporary silver makers continuing to use the escutcheon style to this day. You can also find examples of Georgian silver vinaigrettes, snuff boxes and patch boxes all designed in shield-like escutcheon form.

In the furniture trade an escutcheon is the name given to the brass plate that sits around the keyhole or door handle in a chest, cabinet door, desk drawer, or other lockable item of furniture. In essence, the escutcheon’s role is to protect the wood surrounding the keyhole from scratches and marks caused by keys failing to find the lock.

As furniture became more decorative in the 18th century with the introduction of exotic woods, together with the addition of fine veneers, inlay and lacquering, so the escutcheon became a less functional and more essential element of the design. 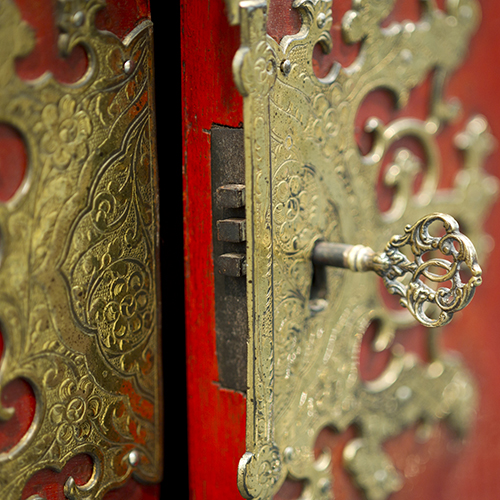 With highly decorated surfaces requiring more protection from clumsy key handling, escutcheons became larger by necessity. As they increased in size, they also became decorative features in their own right, with fine engraving, fretwork and detailing applied to prevent the escutcheon detracting from the beauty of the overall piece.

Elaborate escutcheon’s continued to be common in furniture and door architecture throughout the Victorian era and into the early Art Nouveau and Art Deco periods. Sadly, the mid-20th century onwards saw a preference towards functionality over form and the humble escutcheon has returned to being an often-understated element of contemporary design.