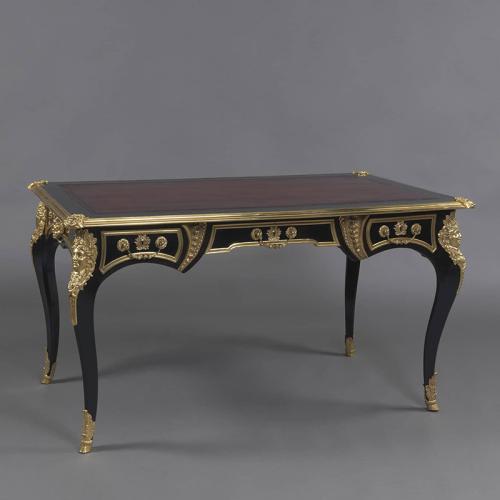 One of the most celebrated ébéniste or cabinetmakers of the 19th century, Paul Sormani is famed for his magnificent luxury furniture reproduced in the styles of the Louis XIV, Louis XV and Louis XVI periods and frequently surpassing the quality and craftsmanship of the originals.

Born in Venice, Italy in 1817, Sormani trained as a cabinetmaker, but it was in France that he established his reputation, opening his first workshop in the Saint-Nicolas district of Paris at the age of 30.

He won another silver medal at the second Universal Exhibition in Paris, in 1867, with the exhibition catalogue stating that, “all his production reveals a quality of execution of the very first order".

Paul Sormani passed away on February 4, 1877, but his legacy continued with son Paul-Charles joining forces with his widow Ursule Marie Philippine under the name Sormani Veuve Paul et Fils. Success continued too with the company collecting a gold medal at the 1878 Paris Universal Exhibition and a diploma of honour at the 1883 Colonial Exhibition in Amsterdam.

In 1914 Paul-Charles Sormani teamed up with renowned bronze casters and sculptors Thiebault Frères, opening a boutique which continued to produce fine quality furniture until its closure in 1934, ending over a century of output from the family run firm.

Attention to detail, creativity and excellence are the defining qualities of Paul Sormani’s work. This is exemplified not only in the workshop’s exceptional furniture but also clocks, mirrors, jewellery boxes and much more. His works continue to grace many important museum and private collections throughout the world.

Image from the stock of Adrian Alan.