A conversation with Louise Phillips 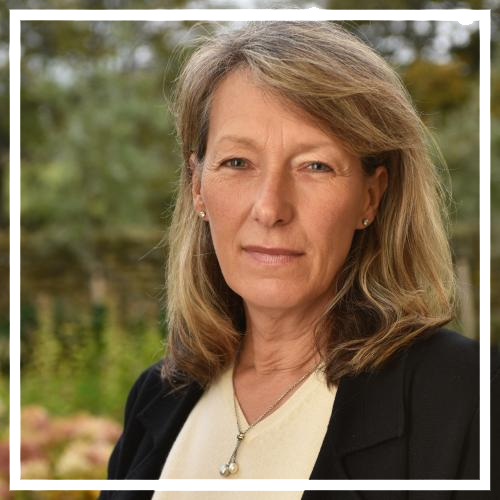 Louise Phillips is the current Chairman of BADA and also chairs the Association’s PR and Marketing Committee. She runs Elaine Phillips Antiques, specialising in 17th and 18th Century oak furniture and associated decorative items including metalware, English Delft pottery, needlework, treen and tapestries. The business was established by Louise's mother, Elaine Phillips, in the 1960s and she joined in 1985.

Tell us about another BADA member who inspires you and why.

Ted Few: a gentleman and a true dealer with wonderful objects.

What was the first antique you bought for yourself personally?

A 19th century Yorkshire Pottery Bird Whistle from Charles Lumb and Sons in Harrogate when I was 16. It was the start of my collection and I still have the piece in pride of place.

If money were no object what one work of art would you buy?

A work by Stanley Spencer – I was taken to the Leeds Art Gallery when young for a guided lecture of one of his exhibitions and I was fascinated by his style of painting and subjects. I remember vividly a Triptych he painted in 1945.

What is your favourite piece in your current stock?

A rare 17th century Oak Coffer probably carved in the workshop of Humphrey Beckham, Salisbury with carved panels of the Coat of Arms of the Speke Family containing double-headed birds.

Who are your dream dinner party guests, dead or alive?

Everyone who knows me knows who it will be – Pierce Brosnan on his own – everyone can dream, right?

What is your favourite group, composer and/or album?

Genesis who I have tickets for and hope to see before Phil Collins no longer performs – I have followed them since I was 16.

Meatloaf’s “Bat out of Hell”

It was the only album I had for ages, so it got thrashed when I lived in a basement flat off the North End Road in the early 1980’s.

What is your favourite Museum, Gallery or Historic House and why?

I’m slightly biased being Yorkshire born, but Temple Newsam Museum outside Leeds. I was taken there from a very early age. My mother helped catalogue their pottery in the attics and my great uncle served as a footman when it was a private house. As part of the research on the history of Temple Newsam they interviewed him and he told them that he sometimes stayed overnight if a party went on until late, and that he slept on a pull-down bed which was hidden in a wall. No one knew about this; he showed them where it was as it was still there. It’s a story I love.

If you had not become an antiques dealer what profession would you have chosen?

Have you any dreams still to fulfil?

To finish my garden!

What are your interests out of the trade?

Mountain walking in Mallorca or the Lake District – it is great for clearing the mind.

How did you get into the trade?

Begged my mother to join the business she had set up in the late 1960’s.

Where is the strangest place you’ve bought an item of inventory?

An 18th century Mirror in a cheap shopping mall in Daytona Beach, FL. Then, I had to get it back home…

What is the most useless talent you have?

Doing a handstand – but these days it must be against a wall!

What are the best and worst purchases you have ever made?

Best was a 17th century Oak Refectory table in the North of Scotland. The worst? An oak barrel converted into a seat which took me forever to sell and my family never stopped going on about why on earth had I bought it. I must admit it was pretty hideous.

Which actor would play you in the movie of your life?

Anyone who doesn’t take themselves too seriously!

What do you wish people would stop asking you?

Like a lot of dealers, there are two things: ‘Can you do better than that on the price?’ when you know they have no intention of buying it! And ‘do you have the pair to that?’

Name a book that has had a profound effect on your life?

It is not a book as such - my mother’s diaries which she wrote for us which contained her experiences and advice and hopes for us.

Tell us a little-known fact about yourself which is unrelated to the Antiques Trade.

In my spare time I used to fly seaplanes.

What would you save in a fire?

You can view Louise's BADA page here, and her inventory is all available to view here.