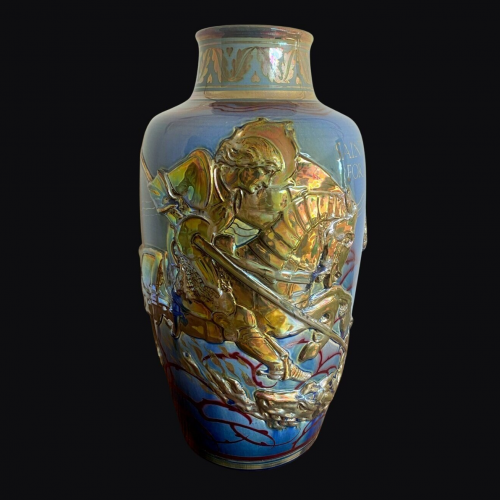 The catalogue for the exhibition can be viewed here where there is an entire section on the Pilkington’s exhibits.

The vase depicts St George slaying the Dragon in relief in a glorious golden lustre with a Maiden watching on with the text “St George for England”. Standing 53cm high it bears the date cypher of 1908, the year of the exhibition.

The vase was sold for in excess of £100,000 making it a world record price for a piece by this maker.