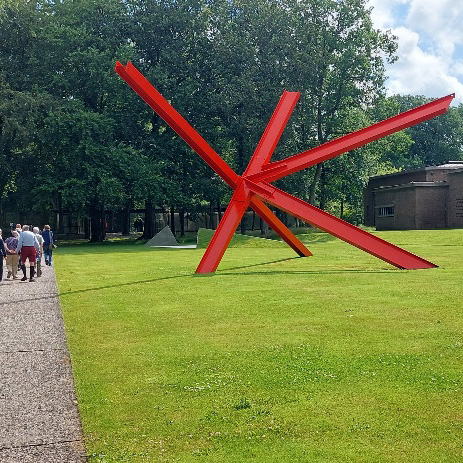 Millions flock annually to the Rijksmuseum in Amsterdam and to the nearby Van Gogh museum, but little more than an hour away is a museum with 80 paintings by Van Gogh, as well as a sculpture park around which you can cycle.

This gallery created in the early part of the 20th-century by Helene Kröller and her husband became in a short time the repository of artists as wide-ranging as Cranach and Brancusi.

Housed in a sylvan setting in buildings designed by Henry van de Velde, it is as far removed as one can imagine from the milling throngs at the Rijksmuseum.