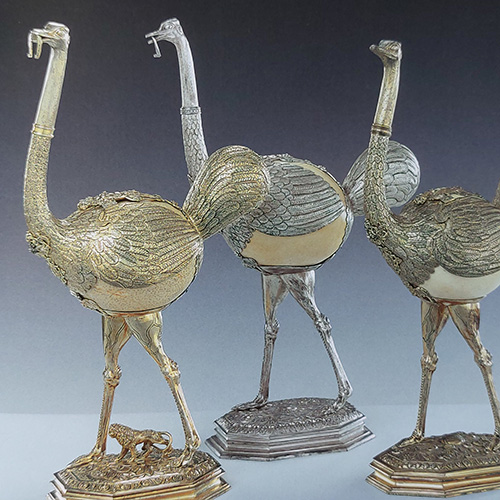 The Green Vaults of Dresden

On the banks of the river Elbe stands Dresden the “Florence of the Elbe”, the beautiful capital of the state of Saxony, recorded at its height by the artist Bernardo Bellotto.

Saxony, formerly an independent kingdom, was immensely wealthy thanks to the mineral resources of the Erzebirge Mountains and its position on the river which flows northwards to the trade routes of the Baltic.

On addition, thanks to the endeavours of Augustus the Strong (1670-1733) the accumulated treasures of the kingdom were not only augmented but were assembled into this museum, The Green Vaults.

Both Augustus and his son were addicted to splendour and to display, resulting in a city awash with magnificence be it in architecture, porcelain or objets de vertu.