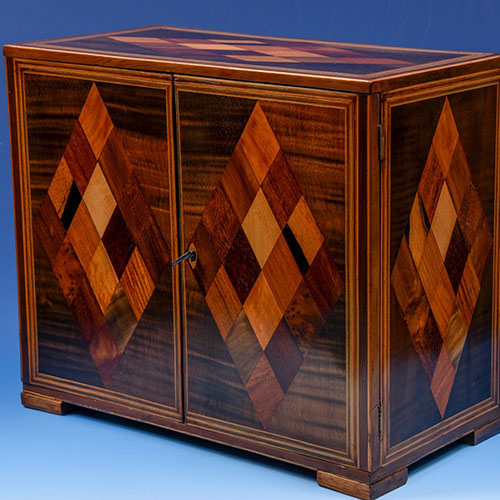 Most Precious Treasures:
Tunbridge Ware from the Time of Jane Austen

Whilst Tunbridge Ware was sometimes mentioned in correspondence and literature throughout the 18th century, it is not until the end of the century that a picture begins to emerge of the ware, which Jane Austen mentioned in her novel, Emma.

Dianne Brick’s illustrated talk will concentrate on Tunbridge Ware from the 1790’s until around 1820. Using quotations from Austen’s much-loved novels, Dianne will show examples of Tunbridge Ware of a style probably familiar to Jane Austen herself, and to the characters in her books.

These will also reflect fashionable interests of the period such as the contents of a Georgian gentleman’s cabinet of collectables or a widespread fascination with the picturesque movement.

A Table cabinet by John Robinson, Tunbridge Ware Manufacturer. Circa 1798.