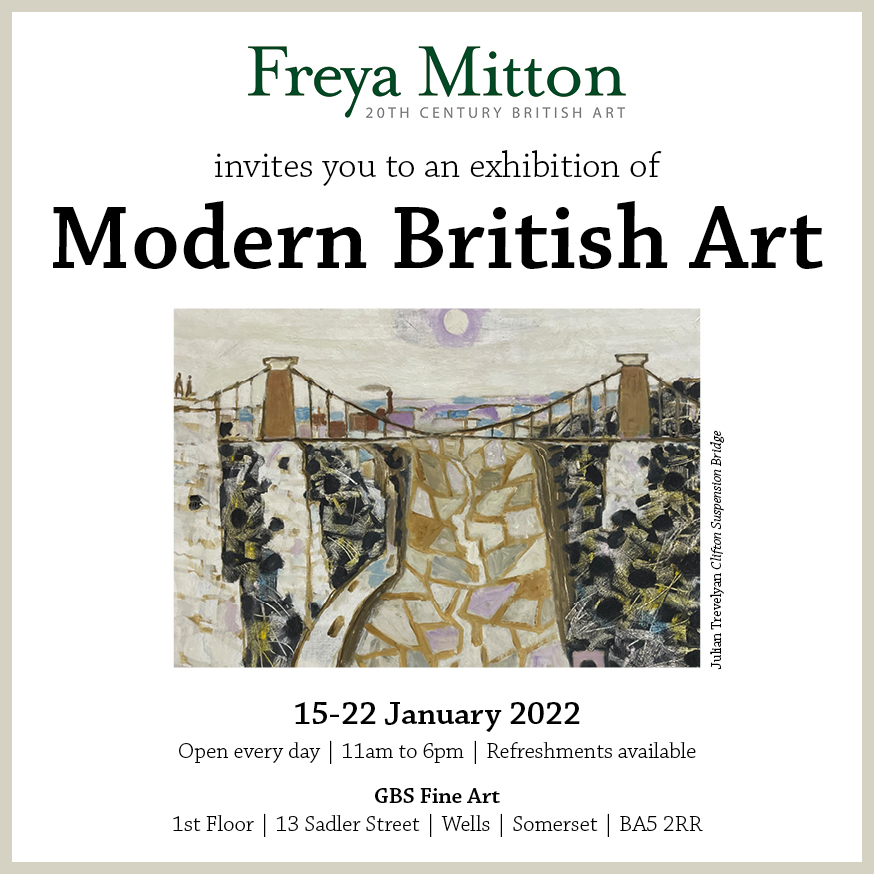 A selling exhibition of Modern British Art will open this new year in Wells, Somerset. The works on offer have been selected by Freya Mitton who has a reputation for selling pieces by artists with an established reputation, mainly Royal Academicians.

Freya Mitton is an independent art dealer, based in Somerset, who has been specialising in 20th Century British Art since 1999. Formerly Head of Sale at Sotheby’s and previously Bonhams she has been dealing independently since 2012. She was elected to BADA in 2017.

The exhibition will be held in a space which goes unnoticed by people passing, a nod to the concept of a ‘secret gallery’. You would never know that it was there unless you knew. A great advantage in these times, discerning visitors can be assured that it will not be crowded. Adjacent to The Swan Hotel, overlooking the Cathedral Green the unassuming entrance and staircase open out into a stunning double height space with an enormous window overlooking the Cathedral façade.

If you’re visiting Wells there is plenty to see in England’s smallest city. The 13th Century Cathedral, the moated Bishop’s Palace and Vicar’s Close would be worth the visit alone. Antony Gormley’s ‘Doubt’ is also currently installed in niche 338 on the West Front of the Cathedral.

Highlights of the exhibition include significant oils by both Mary Fedden and Julian Trevelyan as well as two stunning watercolours by John Piper. Limited edition prints and smaller works will also be available. Prices will range from £200 to £25,000.