Sarah Colegrave Fine Art is currently participating in the Armchair Art Fair, Autumn 2022.  She will be including a group of late 19th and early 20th century British paintings, drawings and watercolours.

Sarah's section of this virtual fair can be viewed on her own website by clicking here.

The fully virtual catalogue including the entries of all other participating dealers can be forwarded via email on request to [email protected]. 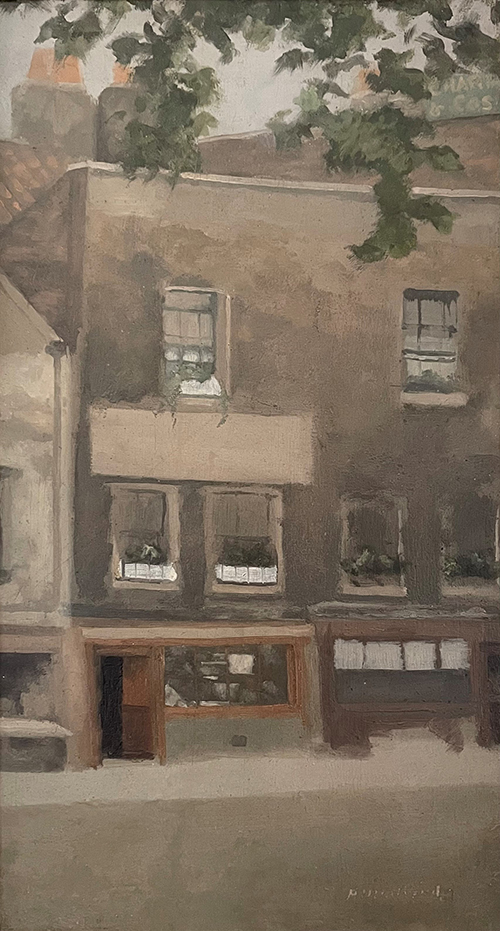 Paul Maitland was born in London, the youngest son of a merchant. He studied at the National Art Training School, South Kensington (which became the Royal College of Art) and later with Theodore Roussel, who taught him as a personal pupil. Through Roussel he met Whistler and his circle. He was deeply influenced by the modernism and impressionism of Whistler and when Whistler resigned from the Society of British Artists in June 1886, Maitland and Roussel also resigned. He then joined the new English Art Club, in turn joining the breakaway group known as the London Impressionists which was largely let by Sickert and Steer.

Maitland was born with scoliosis which caused a curvature of the spine, making it difficult for him to travel and carry large canvases and panels. He therefore largely restricted himself to London and usually painted in a small, intimate paintings, his subjects being mainly landscapes. He painted out of doors, in all weathers and was a familiar figure around the streets of Chelsea. His small atmospheric urban landscapes, often of Kensington Gardens, the factories along the Thames and views of around Chelsea Embankment, clearly show the influence of Roussel and Whistler.

His obituary in The Times reads: “the death of Paul Maitland removes one of the most poetical and sympathetic painters of London scenery, particularly of Kensington Gardens the Chelsea and Battersea reaches, and the of the old rebrick houses which still remain in the region of Cheyne Walk. In private life, Mr Maitland was a brilliant and scholarly talker on art and letters.”

He exhibited in London at the Baillie, Paterson, Goupil and Grafton Galleries and with the Royal Society of British Artists. He also showed in Glasgow, Paris, Munich and Dresden. Subsequent exhibitions of his work were held at the Leicester Galleries in 1928, 1948 and 1962. Works by him are in the collection of the Tate Gallery and elsewhere.