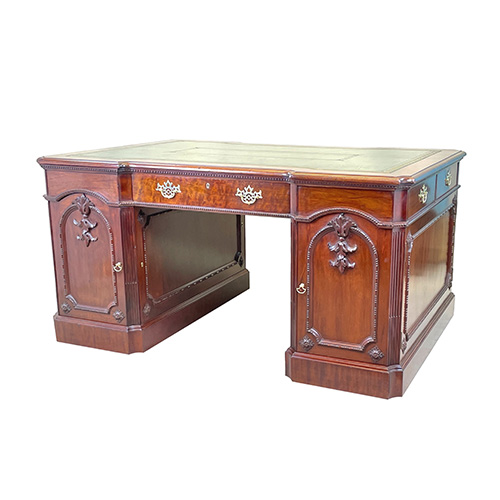 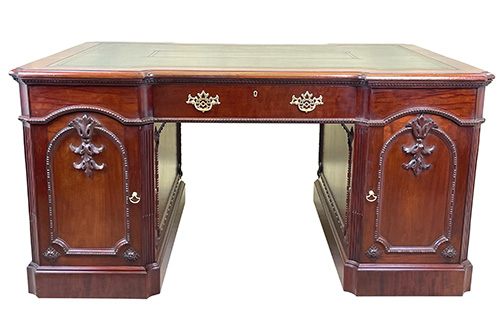 Firstly it is a great size, absolutely perfect for one person, or two if required, without being so ridiculously vast that it won't fit in most rooms. From a practical perspective it has a great arrangement of cupboards and drawers and we think the drawers in each end is a great feature, allowing access to drawer space from a slightly different perspective to normal, as well as enhancing the elegance of the desk from the side.

The leather is a recent replacement and looks absolutely fabulous on the desk, plus obviously it is in great condition. It's also worth noting that all locks and keys are working and the drawers all run freely. This is very much a desk that can be purchased to be admired, but can also ceratinly be purchased for day to day function and use. 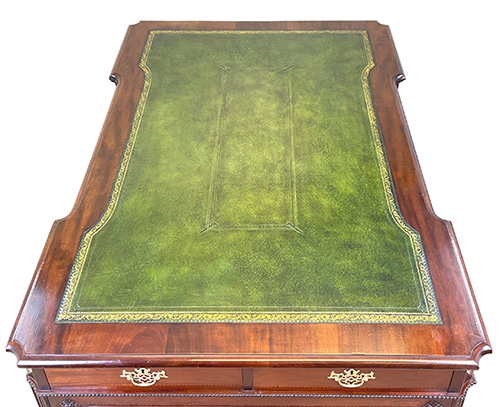 Maple & Co were an extremely well known and respected British furniture maker and retailer established in 1841 and they found real success during the victorian and edwardian periods. Known for the excetpional quality of their output they became one of the most important and prolific suppliers of furniture to royalty and aristocracy in both england and the rest of the world.

The partners desk will be on display at S & S Timms stand at the Decorative Fair Battersea, open 4-9 October.