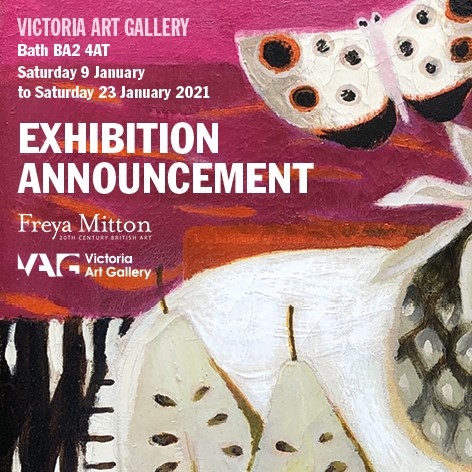 A selling exhibition of Modern British Art will open in the run up to Christmas at the Victoria Art Gallery in Bath. The works on offer have been selected by BADA Member Freya Mitton who has a reputation for selling works by artists who have an established reputation, mainly Royal Academicians.

Freya Mitton is an independent art dealer, based in Somerset, who has been specialising in 20th Century British Art since 1999. Formerly Head of Sale at Sotheby’s and previously Bonhams she has been dealing independently since 2012 and was elected to BADA in 2017.

In normal times Freya exhibits at many prestigious and specialist Art and Antiques Fairs in London and regionally but due to the current restrictions these can no longer be held. An exhibition at the Victoria Art Gallery, Bath is the perfect opportunity to host something closer to home.

Highlights of the exhibition include two significant oils by Mary Fedden, RA and a stunning watercolour of Wells Cathedral by the eminent artist John Piper. Limited edition prints and smaller works will also be available. Prices will range from £200 to £25,000.

Freya Mitton says: ‘It is a wonderful opportunity to present an exhibition of Modern British Art at the Victoria Art Gallery in Bath. I have brought together a diverse selection of work in order to accommodate a variety of tastes.

"They are all pictures which I have chosen and the thing they all have in common is that they are by recognized artists who have an established market.’