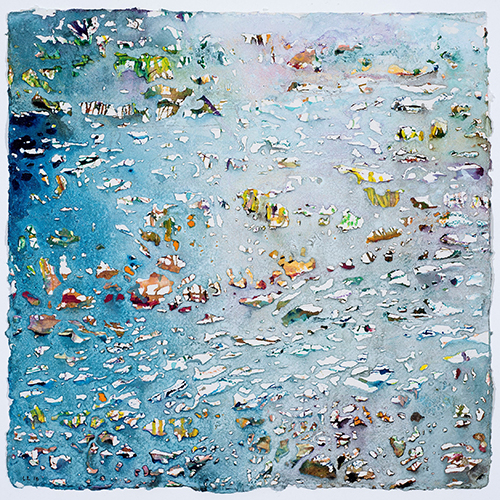 After the last two sell-out shows with Karen Taylor Fine Art we are pleased to offer another group of Luke Elwes’ mesmerizing works on paper.

Turning world encompasses two connected groups of works on paper made over the last year and a half. Alternating between the spectral forms of winter trees and the rhythmic patterns of tidal marshland, they occupy a space of calm reflection in uncertain times.

During the months of autumn and winter 2020, when travel became all but impossible, Luke returned continuously to explore a small area of ancient woodland close to the studio, to reflect on this dormant world and to observe the steady rhythm of the seasons. The drawings, which the artist has called Winter Script, capture the weathered patterns and spiraling forms of tree branches in rain, snow and sunlight, marking out in inks and watercolour a silent language of longing and renewal against a winter sky.

As the days started to lengthen once more through spring and summer so the widening horizons and the pull of the tides drew the artist back to the creeks and marshes of the East Anglian coast. There is a sense of reconnection to the elements in these works, and, through the shifting light and weather they evoke, of a permeable world summoned from the fluid interaction of pigment, water and ground. 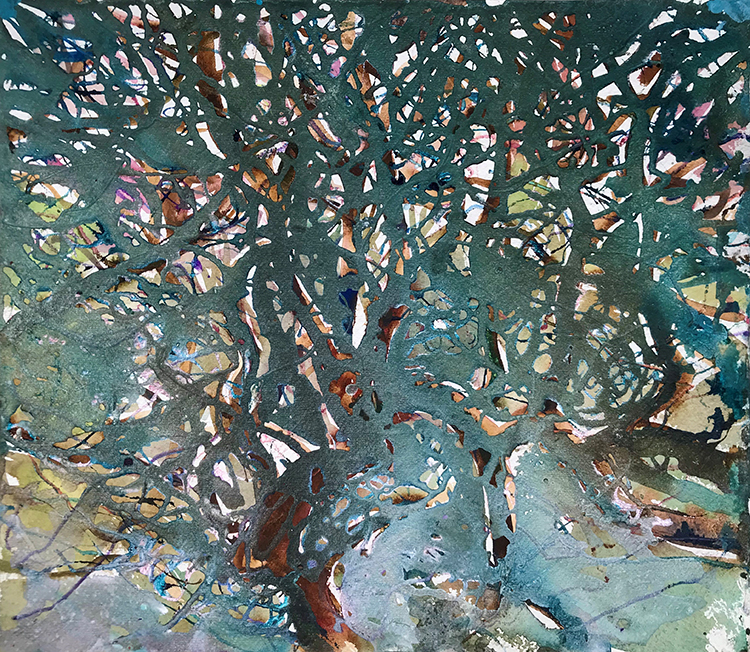 Luke’s work is an interesting development of the tradition of British watercolours. The immediacy and necessity of complete control of his medium, which nevertheless celebrates the unexpected, has echoes of the extraordinary technique developed by the major practitioners of the art in 19th century such as Peter de Wint, David Cox and J.M.W. Turner, who used wet washes to achieve extraordinarily beautiful images. It was not possible to rework their watercolours, and their assured first touch is now highly prized. Luke does not use a brush but manipulates paper at the water’s edge, and the areas left untouched by pigment are as important as those full of colour and particles from the water.

Elwes’ work rewards contemplation and frequent viewing.  A fresh look at one of his images reveals something new which casts a different light over the entire work. We see collectors returning for more of his work, as they find living with it irresistible, soothing and compelling.