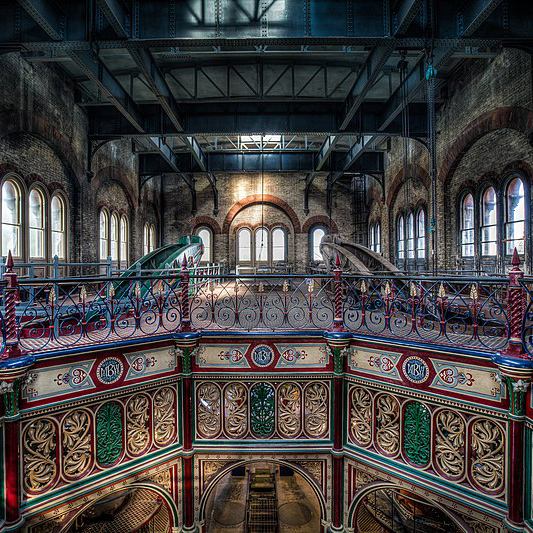 The Crossness Pumping Station is a former sewage pumping station designed by the Metropolitan Board of Works's chief engineer Sir Joseph Bazalgette and architect Charles Henry Driver at the eastern end of the Southern Outfall Sewer and the Ridgeway path in the London Borough of Bexley.

Constructed between 1859 and 1865 by William Webster, as part of Bazalgette's redevelopment of the London sewerage system, it features spectacular ornamental cast ironwork, that Nikolaus Pevsner described as "a masterpiece of engineering – a Victorian cathedral of ironwork".