Bryars & Bryars: Venetian depiction of the battle of Lepanto, 1571 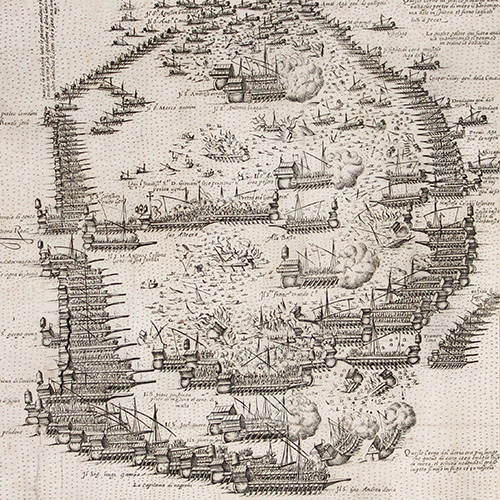 For BADA Week 2022, Bryars & Bryars have chosen to feature this exceptionally scarce contemporary Venetian depiction of the battle of Lepanto.

Tim Bryars explains, "There are several reasons for choosing this 1571 map of the Battle of Lepanto for BADA Week.

It’s a superb example of the 16th century engraver’s art, finely detailed and lively. ‘Unique’ isn’t a word it’s safe to use for anything printed, but not a single other example is known, either in the marketplace or in libraries – as far bas we currently know it is the only surviving example. It is contemporary with the events it depicts, and was made in Venice, which was heavily involved, so there is a good chance that the detail is accurate.

Finally, Lepanto is important – the first significant Ottoman reverse. Here in the UK it is not as well known as, say, the defeat of the Spanish Armada. But while a Spanish victory in 1588 could have changed the course of British history, if Ottoman expansion had continued unchecked the modern world might have looked rather different. 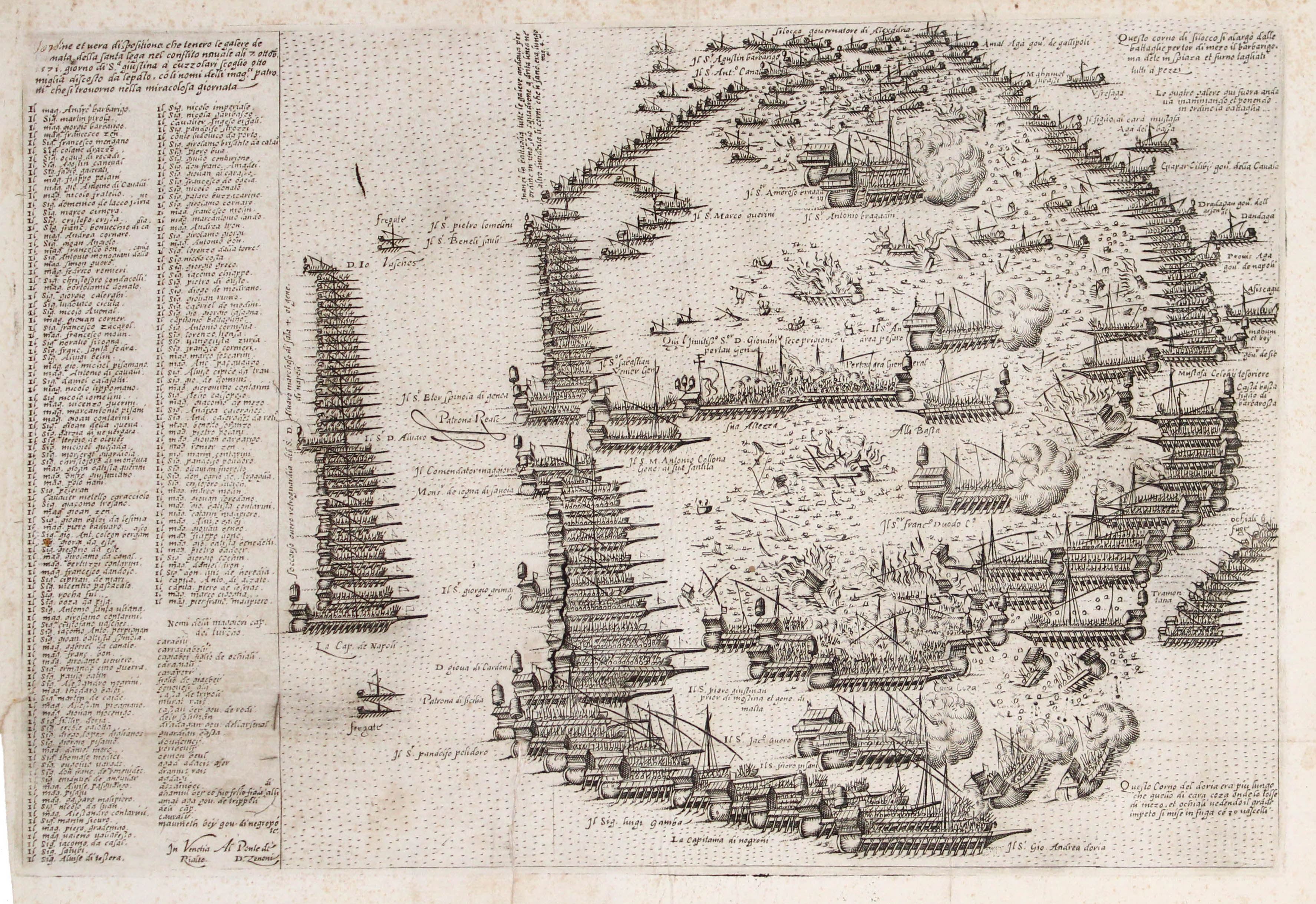 An exceptionally scarce contemporary Venetian depiction of the battle of Lepanto, the decisive naval engagement off the coast of Greece which largely checked the Ottoman advance in the Mediterranean. It was the largest sea battle since classical antiquity, and the last in Europe where both sides relied on galleys and galleases, the descendants of ancient triremes. Venetian and Spanish vessels were the backbone of the forces fielded by the Catholic Holy League, and their captains are listed in two columns to the left of the image, followed by a shorter list of Ottoman commanders.

Domenico Zenoi or Zenoni (fl. 1559-74) was an engraver, goldsmith and publisher active in Venice (where he worked for Nicolaus Stopius) and in Padua. On December 5th 1566 the Venetian Senate granted him a 15 year privilege for the maps, portraits and devotional prints which he intended to publish. He probably had commercial partnership agreements with Camocio and with Ferrando and Donato Bertelli.

The first town book printed in Venice was Paolo Forlani’s “Il Primo Libro delleCitta et fortezze principali del Mondo”, issued in the first part of 1567. Forlani’s publication was soon followed by another town book, complementary to the first one, without a title but with a frontispiece dated April 4th 1567 signed by Domenico Zenoi and dedicated by him to Ieronimo Lippomani, Ambassador to Archduke Charles and brother of the Emperor Maximilian II. No further editions were published.

Zenoi’s maps are dated prior to 1574 and like the larger maps of the Lafreri-style atlases, these smaller maps were first issued for loose sheet circulation and then assembled into booklet form to suit individual customers’ requirements.

Not in Zacharakis, and we have been unable to locate any institutional holdings. Our example was once bound into a book, perhaps a composite work (see, for example, Shirley T.COM 19-a) or, conceivably, a copy of Bertelli’s 1574 edition of ‘Civitatum aliquot insigniorum’ or Camocio’s ‘Isole Famose’ of circa 1572, both of which cover the Fourth Venetian-Ottoman War and contain maps by a number of Venetian engravers, including Zenoi.