"Beyond The Mainland" | Recent Works by Tom Hickman 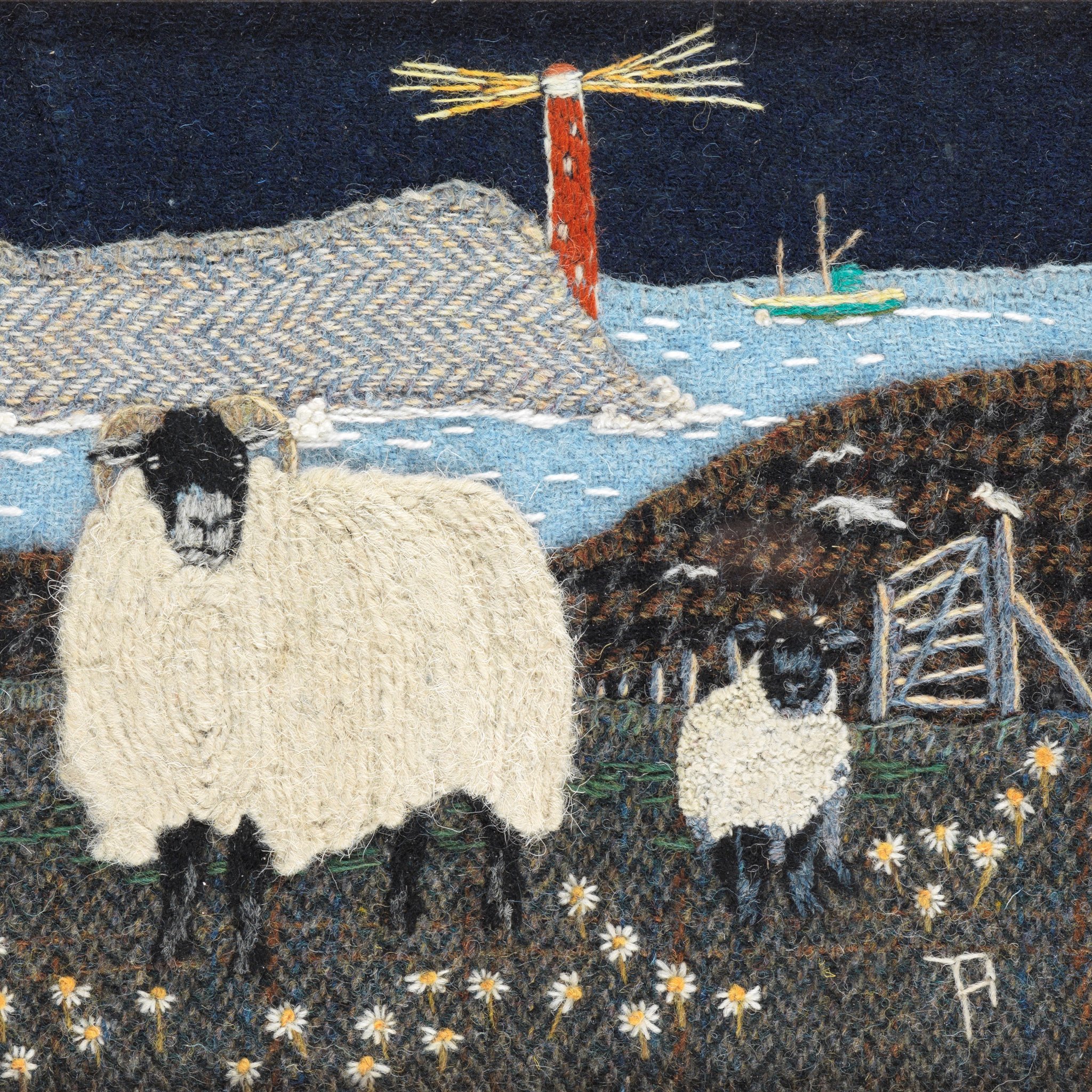 “It is said that artists must, if nothing else, attempt to depict and relate to the present day, and while some are drawn to comment on, or be influenced by, the terrible things that come to pass in our connected world, I in my insular ignorance stitch images of my neighbour’s sheep”. Qu. Tom Hickman.

Tom Hickman lives and works alone in his croft on the Isle of Lewis in the Outer Hebrides. He has no mobile phone, television, tablet or wifi.

He is self-taught and claims that he started taking his art seriously in the mid-1980s, then saying that since he moved to the Hebrides in 2005 his work “has become heavily influenced by wool, from the sheep on the croft to the myriad of coloured yarn used in the fabrication of Harris Tweed” and recently wrote “Naïve, primitive, amateur, provincial, self-taught, non-academic; stylistically there is no one term that satisfactorily describes my stitching”.

The works are created on a unique blend of fabric collage backgrounds, invariably fashioned from scrap pieces of locally woven Harris Tweed, on which he then embroiders naïve landscape and figurative details. These works are immediately compelling, the bold images emerging from a riot of textures and colours executed in a variety of stitching techniques.

Robert Young Antiques will be showing a significant body of his recent work.

"It is somehow counter intuitive to describe a 67 year old self-taught “stitcher” as an emerging artist, but we believe that this is contemporary work of great integrity and we are both excited and proud to present Tom Hickman’s first one man show in London."